„Sony Will Face More Challenge In The Next Console Generation!” This statement was provided by none other than Jack Tretton, who worked for roughly thirty years at Sony – in the last eight (between 2006 and 2014), he was the American head of Sony Computer Entertainment. (Which became SIE since.)

Tretton thus was part of the Japanese company until the launch of the PlayStation 4, so he has a bit of insight into Sony (although he hasn’t worked there for five years by now) – he thinks they will have the advantage in the next console generation, but they’ll face more competition: „I think they’re very well-positioned. The leader of the prior generation is always in a good position going into the new generation. From what I’ve read about the specs of PlayStation 5, it sounds impressive. Their business model obviously worked well for them the last time around, and it doesn’t look like they’re going to deviate from that. They’ll be well-positioned. But I do think they’ll face exponentially more competition than they did the last time around.

Microsoft should give them a better run for their money, and Stadia is a new wrinkle in the market that didn’t exist in 2013. Nintendo is more relevant this time around. It’s going to be a much more competitive market. There are new players. But they’ve learned some valuable lessons in this generation. It should be great for everyone in the business, whether you’re a developer or a gamer. It’s going to keep everyone on their toes,” Тretton said in his interview with VentureBeat.

Sony‘s situation is different than it was at the PlayStation 4‘s launch. We have said multiple times that the company is Americanizing, and the fact that they are working together with Microsoft on artificial intelligence and cloud technology (surprising the PlayStation leadership in the process – we discuss this subject separately), and that their headquarters are now in California, these thoughts should be ringing bells. (Not to mention their expansion of sexual censorship, which temporarily was in Devil May Cry 5, but only on PlayStation 4.) 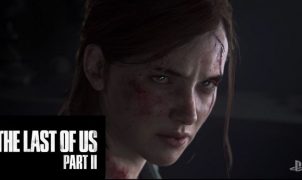 You can breathe easy: the end of The Last of Us 2 has not been affected by spoilers