REVIEW – After several months of wait, Dontnod is continuing the story of Life is Strange 2, which took a – literally – explosive turn at the end of the third chapter, affecting the fourth chapter in the process as well.  Perhaps this game managed to break the curse of episodic games’ fourth chapter, which hit many games before.

In the third episode, the Diaz brothers (no, not the ones in Scarface!), Daniel and Sean got to a weed farm, and the former, thanks to his inhuman (or more like supernatural… hard to walk this line) abilities, has pretty much destroyed it – after this scenario, was it possible to top this event? The answer is yes. 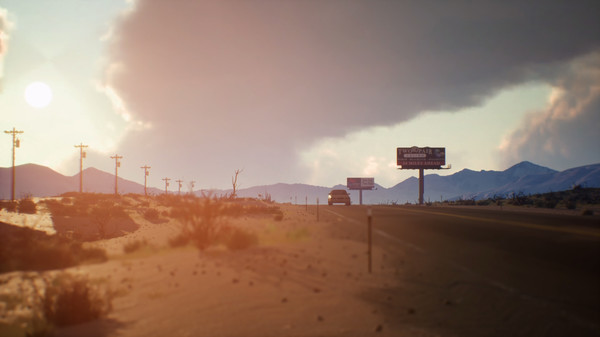 I’m a man of no faith, but I’m familiar with hell

Daniel is gone, and Sean is on his own now. Not only is he separated from his brother, but he also suffered from a coma for several months, and he has gone half-blind, too. During Faith, several characters and events will show up that will not prefer Sean at all. Still, we will be presented with some excellent quality dialogue. We might be reaching such a level that wasn’t present in Life is Strange 2 so far. Faith also utilises an aspect that goes against what the previous three episodes have been pushing: instead of family, the focus now is on solitude. How your situation will change depends on your relationship with several characters you met on your path so far. There will be a somewhat serious decision towards the end, which is a mainstay of the Life is Strange franchise, but now, I’m still thinking how this could affect the finale (which is quite some time away, mind you), however, I do need to say that some questions are getting answers in this episode.

To me, it was also surprising that the fourth episode had no puzzles, and I need to express that Dontnod has completely focused on the narrative with this chapter, getting the groundworks done and dusted for the finale, which was also a very high moment of the first Life is Strange game all the way back in October 2015. Can this approach be named a negative? I think the answer to that question is yes, but it’s not that much of a problem (yet, I need to mention it to have three points in the Against list…).

The FBI is interrogating Sean, as he is the only person upfront to experience what Daniel did in Seattle, resulting in that cop’s murder (even though Daniel used his powers unintentionally). Then, getting on the road is heartbreaking, and it’s different from the usual ordeal. It’s a pleasant but shocking change from the experiences so far in Life is Strange 2, but now, we can fully expect the finale. 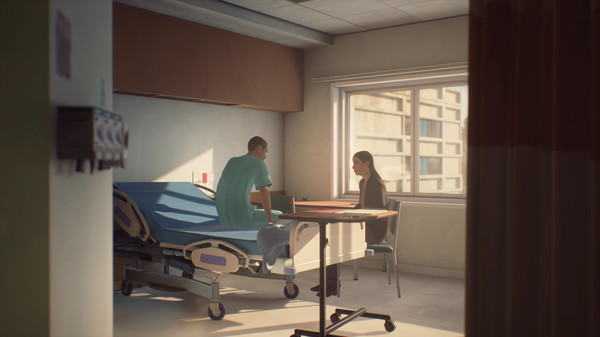 We march on into snow, into rain, our trenches, our foxholes, and our early graves

Especially with the third episode, I felt that Life is Strange 2 felt technically off. It felt like it was buggy. Luckily, this issue is gone (perhaps it was because there was only a single… I hate to use this term, but scavenger hunt portion), so I didn’t have problems this time around. The graphics also felt alright, and the audio was never a thing to be mentioned as a negative.

Also, I didn’t feel any kind of enforced events or scenarios in Faith, which is a very pleasant change of events. And from this point onwards, it’s mission impossible for me to go on without spoiling events, and since I always tried to keep things under the wraps, I can no longer express my thoughts. Luckily, Dontnod has already revealed when the chapters are launching, so I can now tell you that it’s time to wait over three months again for the next and last episode. We must wait until early December, everyone…

The wear and the pain on their face

So we ended chapter 3 with a 7.5 out of 10. Chapter 4 gets an 8 out of 10. It’s held back once again but differently this time around. It’s good, but I have no idea how the finale will even happen, especially how that significant decision in Faith didn’t feel like a big choice at the moment. I believe it is high time for two playthroughs at this point, as there might be big changes between the two playthroughs with the A and the B approaches.

So the emotions are on the top, as well as the loneliness for Sean due to Daniel and his supernatural abilities. Thus, Faith felt like Life is Strange: Before the Storm – in case you don’t know, in that game, Chloe only had a talkback option as a special ability -, and while I know that it is a very weird reference, but if you know the game, you know what I mean. Is it worth playing Faith? Yes. Is it worth buying the game because of this? Not. Wait until the finale in December, as that will decide this question. Eight out of ten.

REVIEW - After several months of wait, Dontnod is continuing the story of Life is Strange 2, which took a - literally - explosive turn at the end of the third chapter, affecting the fourth chapter in the process as well.  Perhaps this game managed to break the curse of episodic games' fourth chapter, which hit many games before.   In the third episode, the Diaz brothers (no, not the ones in Scarface!), Daniel and Sean got to a weed farm, and the former, thanks to his inhuman (or more like supernatural... hard to walk this line) abilities, has pretty…
Life is Strange 2 – Episode 4: Faith – No Faith
Life is Strange 2 – Episode 4: Faith – No Faith
V
Wanderer