The best part of this game is none other than the image editor program used for the project, World Of Horror.

No, it’s surprising that a part-time Polish dentist called Pawel Kozminski is working on the game all on his own. The thing that raised our eyebrows is none other than the image editor he uses to work on the art: it’s MS Paint. Yes. Paint. Five short stories are set in the 1980s Japan in a seaside village, where frightening monsters show up from the sea while chiptune music is playing, demons are on the streets, humans are gone, and chefs serve human eyeballs, and the player has to solve the mysteries, all set in 1-bit black-and-white art.

„Creating art in Paint is really inspiring and somehow relaxing. The limits of the program force you to get creative with it, which is a huge thing. I guess 1-bit black-and-white art is the closest I can get to simulate that comic book feel, too,” Kozminski said. He is inspired by Junji Ito’s work. He found out about him by randomly stumbling upon a fan manga scan of The Enigma of Amigara Fault, whose first picture inspired him. Also, he read Michael Cox’ Top Ten Horror Stories, via which he learned about HP Lovecraft. Also, Kozminski uses a tactic to build and keep up the tension seen in Jaws as well. (We can already hear those classic music building up as well.)

Unless something happens, World of Horror is going to launch later this year on PlayStation 4, Nintendo Switch, and PC (Steam, not the Epic Games Store). Since it’s a passion project for Kozminski (that’s about a thousand times better than something forced on you from above), it’s probably going to deliver. Demo here. 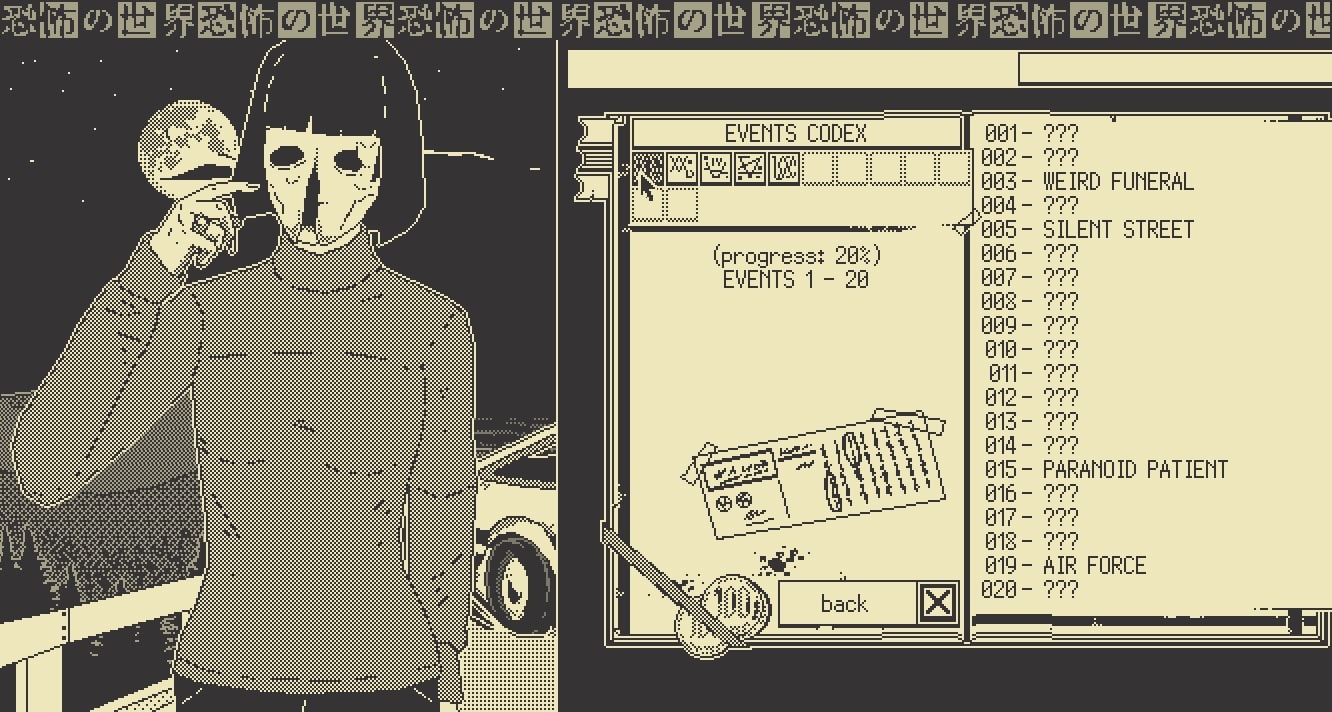 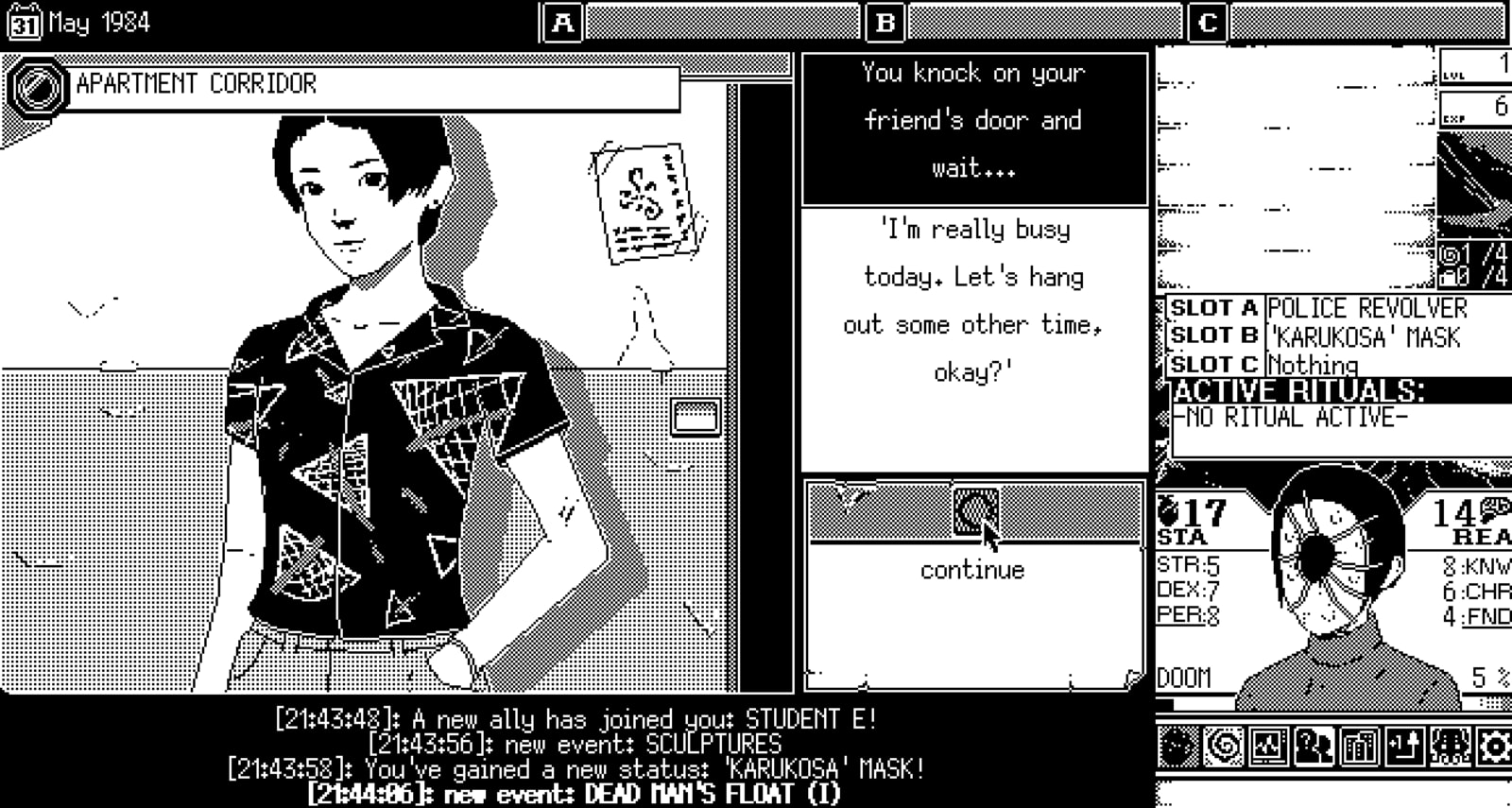