Will Overwatch 2 Launch This Year? Blizzard might be trying to make us believe that their team-based FPS, Overwatch 2 is not going to hit the shelves until 2021.

The Brazilian PlayStation Twitter account wrote that one of the big upcoming games from Blizzard (the other one would be Diablo IV) might be dropping this year on PlayStation 4. If you think that the tweet has been since removed, you’d be correct: the Portuguese tweet has been wiped, but as always, the South Americans were too late, as WCCFTech published the screenshot below.

During BlizzCon, Blizzard said that the game will be part of the 2020 BlizzCon as well, but let’s think about this for a moment: Blizzard’s event is held in early November. When did the PlayStation 4 and the Xbox One launch? November 15 and November 22, respectively. What would hold Blizzard back by releasing the game in the middle or the end of November… as a launch title for both the PlayStation 5 and the Xbox (Series X)?

„Overwatch 2 is a supercharged sequel that will send players deeper into the world and story of Overwatch and build upon the original game’s critically acclaimed foundation of world-class player-versus-player competition. In Overwatch 2, players will take on the roles of the world’s heroes in cooperative missions that challenge them to team up, power up, and stand together against an overwhelming outbreak of threats around the globe. Players will also battle each other in the next evolution of competitive Overwatch play, which carries forward existing players’ accomplishments and loot collections and features the current complete Overwatch roster, a new generation of heroes, new internationally recognizable maps that widen the scope of the world, a new Push map type, and more,” Blizzard wrote in November.

Currently, Overwatch 2 is announced for PlayStation 4, Xbox One, Nintendo Switch, and PC. Its big change will be the PvE mode (as a constant portion of the game, not as a temporary addition), and that in PvP, Overwatch 2’s players can compete with those who play the first game. 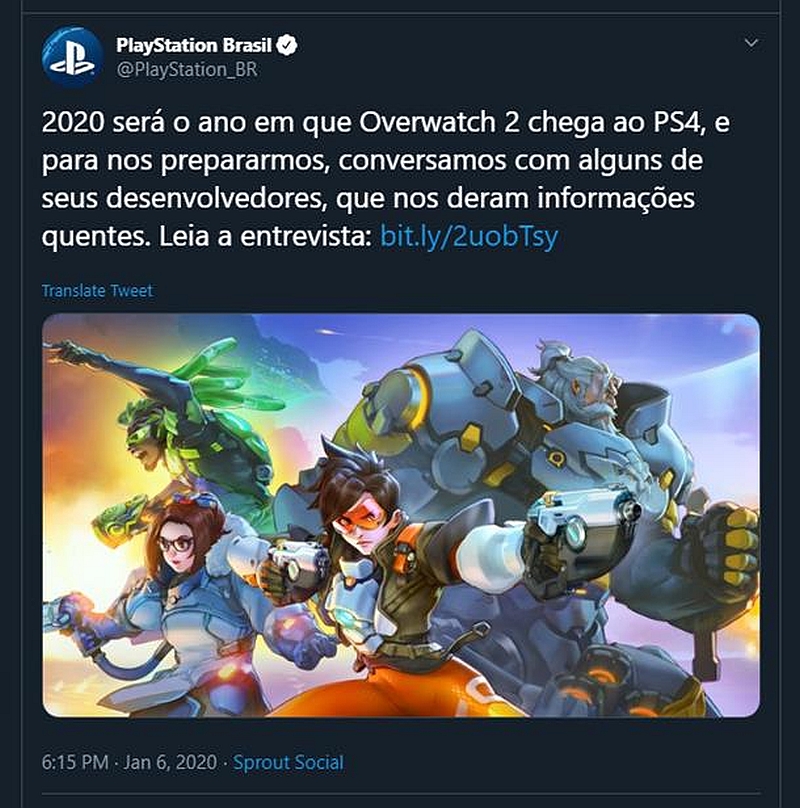