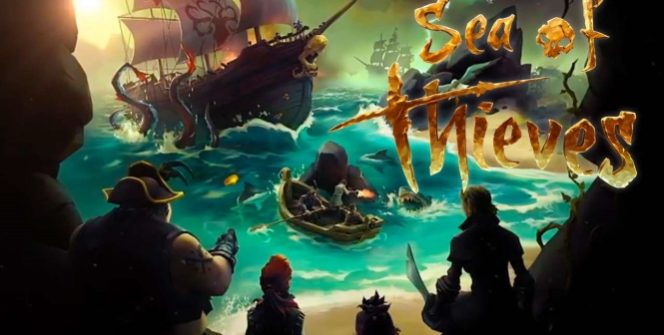 Sea of ​​Thieves’ development team, Rare, is working to expand the Accessibility features in its game.

A mode for one analog stick control and automatic camera centering are among the options being worked on.

With a growing community and the game about to receive a new free update this week, Sea of ​​Thieves is also preparing to improve the experience of any player who wants to join the fun of their sandbox. In the most recent episode of Sea of ​​News, Rare engineer James Thomas talks a bit about what we can expect in the near future of the game on the subject of accessibility.

„We want to make sure that anyone has a chance to join their friends and go out to sea.” – James Thomas, Lead Engineer at Rare

Although most gamers who enjoy first-person games are used to controlling movement with one analog stick and the camera with the other, Thomas comments that not everyone has a good experience that way, so they are working on a different way, with which it will be possible to control both the camera and the movement with a single stick, either the right or the left one depending on the user’s choice.

Other accessibility features being worked on are a camera mode in which the view is automatically focused on the horizon and a mode in which players can automatically float when falling into the water. “There are many plans, there is always much more to do, the Sea of ​​Thieves community is extensive and we want to make sure that anyone has the opportunity to join their friends and go out on the seas in search of adventure,” says James Thomas.

If you’re interested in the future of Rare and Xbox, you might want to check out Thursday’s Xbox event at 9AM PT.