„The response was tremendous when we announced that we had taken over stewardship of the BloodRayne series. Fans have been asking what’s next for the series, and now we’re excited to show off the great work that’s been done by Terminal Reality on the first two titles,” said Ziggurat Interactive president Wade Rosen in a press release.

What optimizations should we expect? Support for higher display resolutions (up to 4K / 3840×2160), improved rendering with up to 4x anti-aliasing, upscaled cinematic videos, support for modern gamepads (XInput controller support), improvements to lighting at the engine level, plus fully reprocessed lighting data, engine improvements to support uncompressed original textures, and improvements to effects such as reflections, water, fog, and shadows.

The games were now optimized for Windows 10, and there will also be localizations. For BloodRayne: Terminal Cut, it will be fully voiced with localized interfaces in English, French, Italian, and Spanish. For BloodRayne 2: Terminal Cut, expect a localized interface and subtitles for English, French, German, Italian, and Spanish.

The games will be available from November 20 on Steam and GOG. 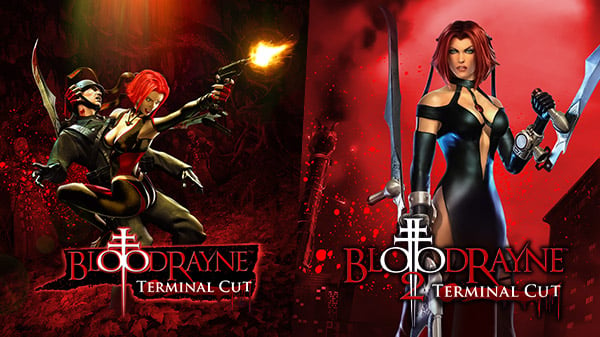