David Jaffe relives one of the best moments of God of War and when he sees Kratos in action he says: “That’s my boy!”

David Jaffe is the creator of the God of War saga and to whom we owe the existence of Kratos and a style of play that has passed, never better said, to the Olympus of action video games. For some time now taking care of other tasks, the creative has now begun to play God of War on PS4, the reboot that was published in 2018, with Cory Barlog at the helm.

Jaffe himself has been encouraged to stream his game to God of War, which drastically changes the approach with which he conceived and enlarged the saga. In this way, we can all see his reactions to the adventures of Kratos and Atreus in a more direct way, making it easier to know if he likes the course that the license has taken, or not. Precisely, one of these transmissions has left us with an epic moment. Although, yes, we warn you that we are going to talk to you and show you one of the most epic and unforgettable scenes in the game. So if you have not played or reached this point, you should know that it is a SPOILER.

The moment comes when Kratos, in search of his redemption, has to go to Helheim to retrieve his mythical Swords of Chaos, the main weapon he carried in the games created by David Jaffe, giving players another option and combat style different from provided by the Leviathan Ax. The creator of God of War cannot contain the excitement when he sees the swords and when he uses them for the first time before his enemies, as you can see in the video that we leave you below.

“Ohh, that’s my boy. Hello, son,” says good old Jaffe, with a smile on his face, at the same time that he destroys the enemies employing the Chaos Swords. At a time that already excites any lover of the saga who has lived that moment, it is normal that it transmits a more indescribable feeling to the ‘father of the creature’.

In fact, already calmer, Jaffe posted a tweet sharing the moment, thanking Sony Santa Monica and Cory Barlog for keeping the iconic Swords of Chaos alive and relevant. To which Barlog, the current head of the brand, said: “Thank you for creating it, in the first place, so that you can enjoy my own therapeutic narrative.” You can read our analysis of God of War here. 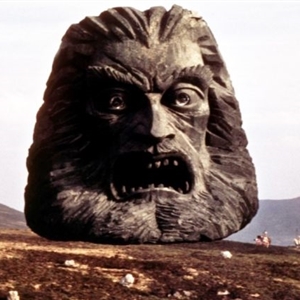