During the State of Play broadcast, we saw some proper gameplay of Guerrilla Games‘ next title, too.

Sony Interactive Entertainment and Guerrilla Games have published a nearly twenty-minute video for the sequel of Horizon Zero Dawn. Here’s what Ben McCaw, the narrative director of Guerrilla, had to write on the PlayStation Blog: „Horizon Forbidden West continues six months after the events of Horizon Zero Dawn. Aloy, a machine hunter, has travelled west to investigate a mysterious and deadly blight. In these uncharted lands, she will meet strange new tribes and encounter ever more deadly machines. Together with old friends and new companions, she must brave this dangerous frontier to find the answers she needs to save life on Earth.

In the State of Play gameplay footage, Aloy has sent her loyal friend Erend into the remains of San Francisco to recover an important artefact. But he quickly runs into trouble, encountering a rebel faction of the Tenakth tribe – vicious fighters who have somehow acquired the power to override machines. Aloy must cross the ruins and fight multiple enemies to rescue her friend and continue her journey. This dangerous and unfamiliar land is full of challenges and threats, but Aloy will have new tools to help her on her way. The Pullcaster speeds up climbing, getting her quickly out of trouble; the Shieldwing allows her to safely descend from great heights (or surprise enemies from above); and with the Diving Mask, a whole new underwater world is open for exploration. Not to mention big upgrades to her Focus, which now shows areas that allow free-climbing and gives her the ability to override more machines for mounts or combat.

Speaking of combat, Horizon Forbidden West emphasizes tactics and choice by giving the player a huge variety of weapons. Aloy’s trusty Spear is good for close combat and enables a new set of combos. Bows with specialized ammo types strip armour off machines to expose their weak spots. Adhesive grenades can be fired from slingshots, temporarily stalling foes. Plus many more, and all of them can be upgraded at a workbench.

Aloy won’t just be dealing with human enemies. The game also features a big new selection of deadly machines: Sunwings in the sky, Clawstriders and Tremortusks on land, Snapmaws and the smaller (yet not to be underestimated) Burrowers in the water. That’s only the beginning, as many more will be revealed throughout the massive open world of Horizon Forbidden West. You’ll have to be smart and creative to take them all down,” McCaw wrote.

Horizon Forbidden West is launching in 2021 on PlayStation 5 and PlayStation 4. „We don’t have an exact release date yet, but development is on track and we’ll have an update for you very soon,” McCaw added. 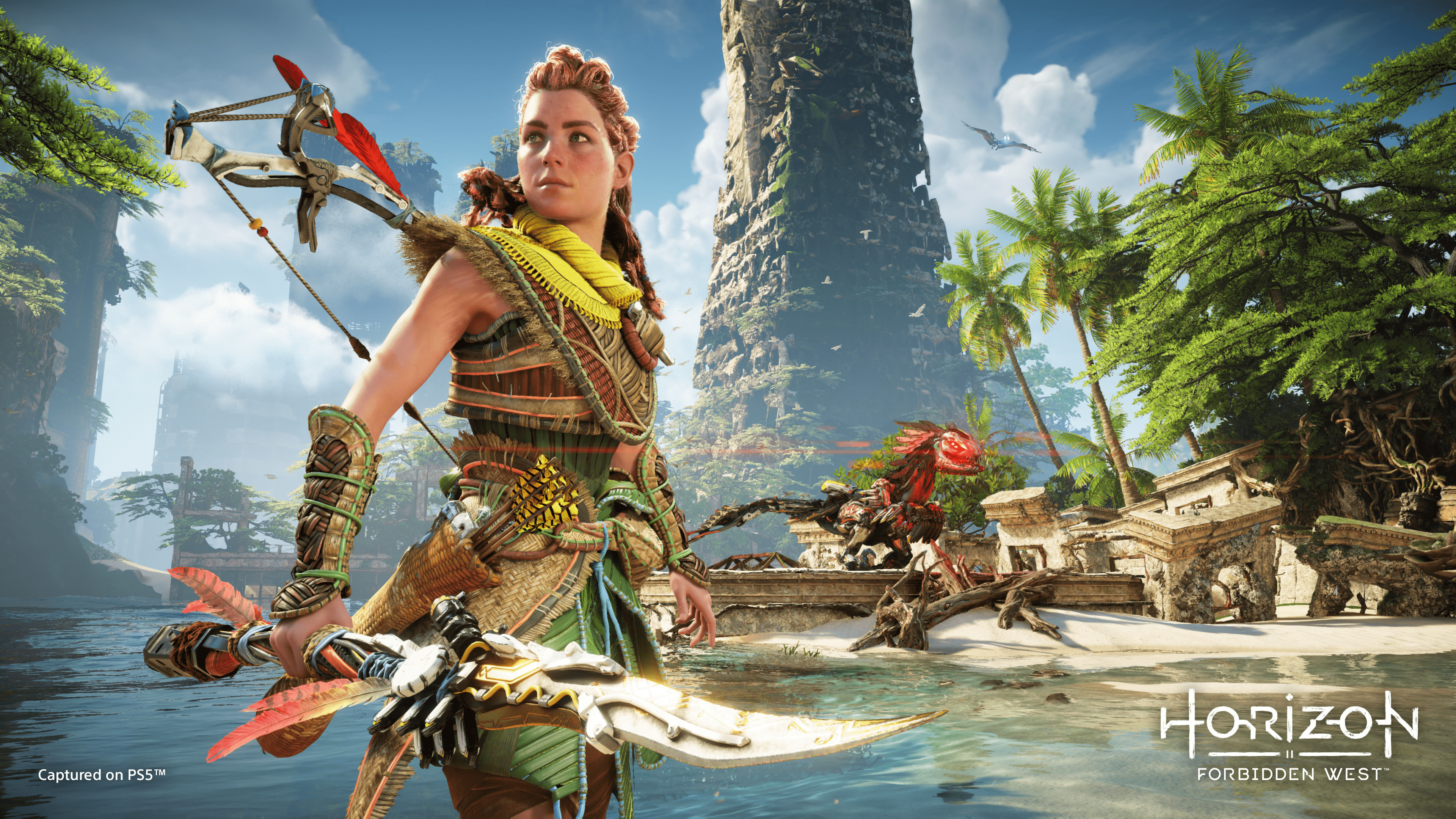 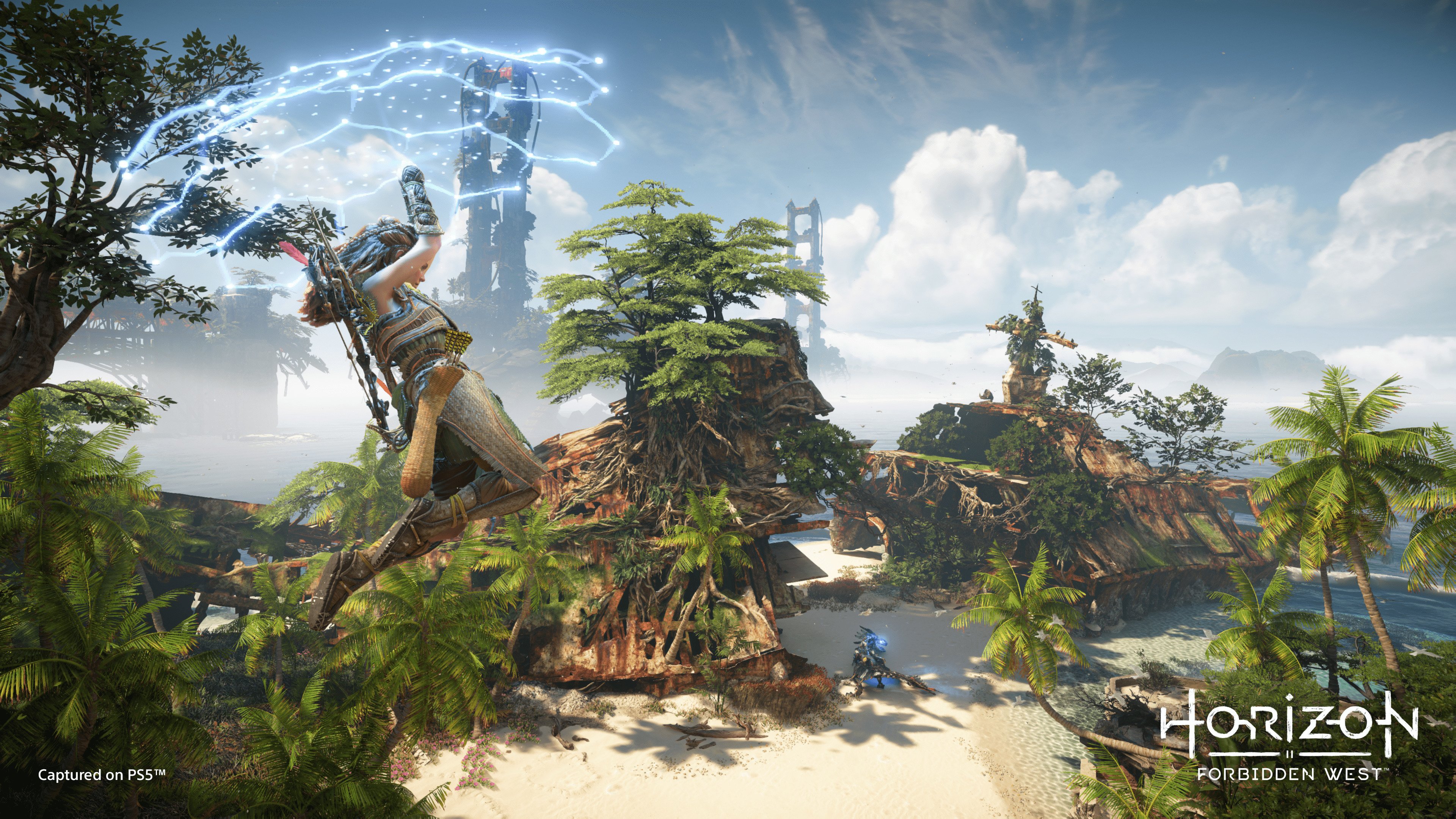 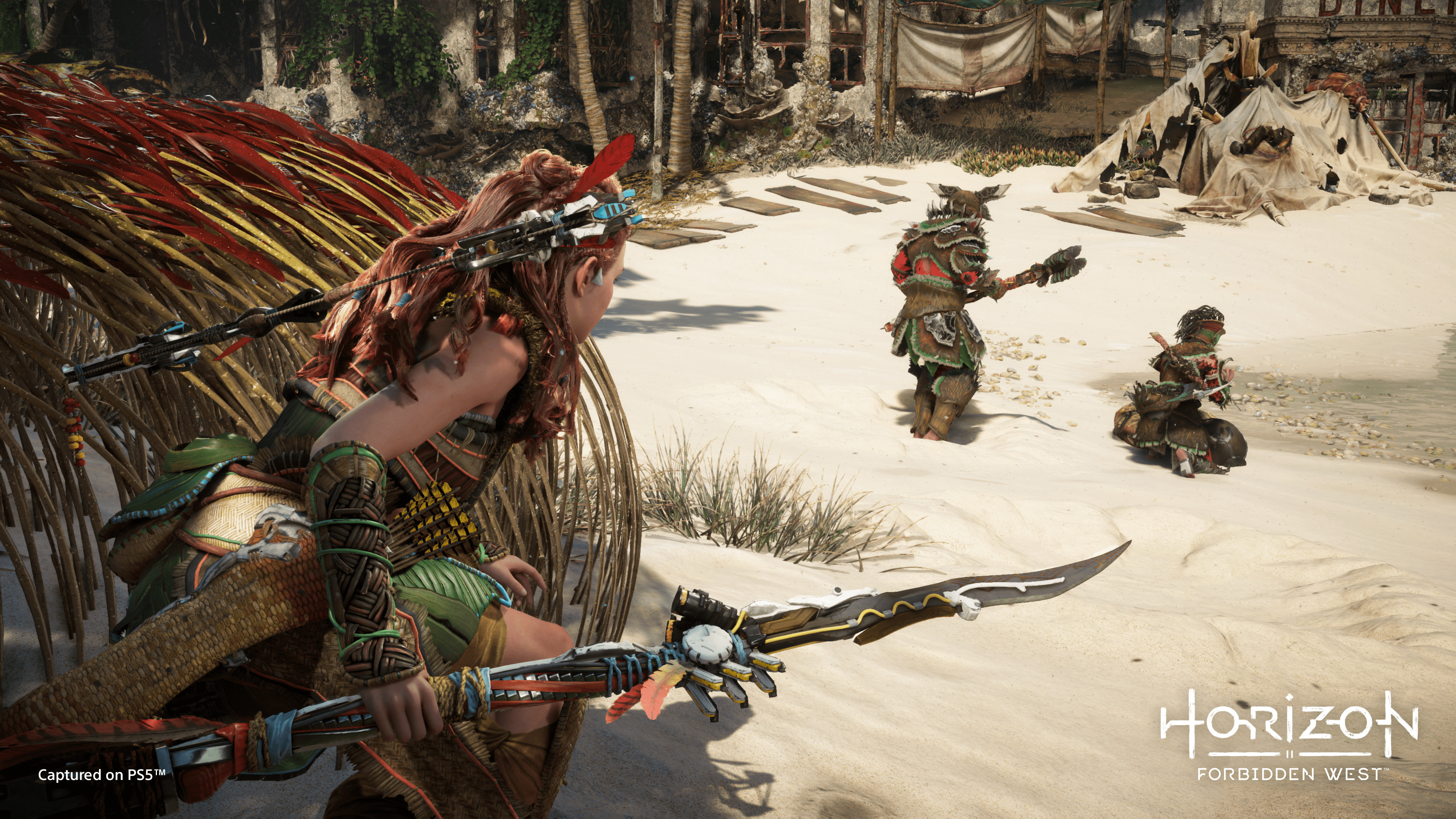 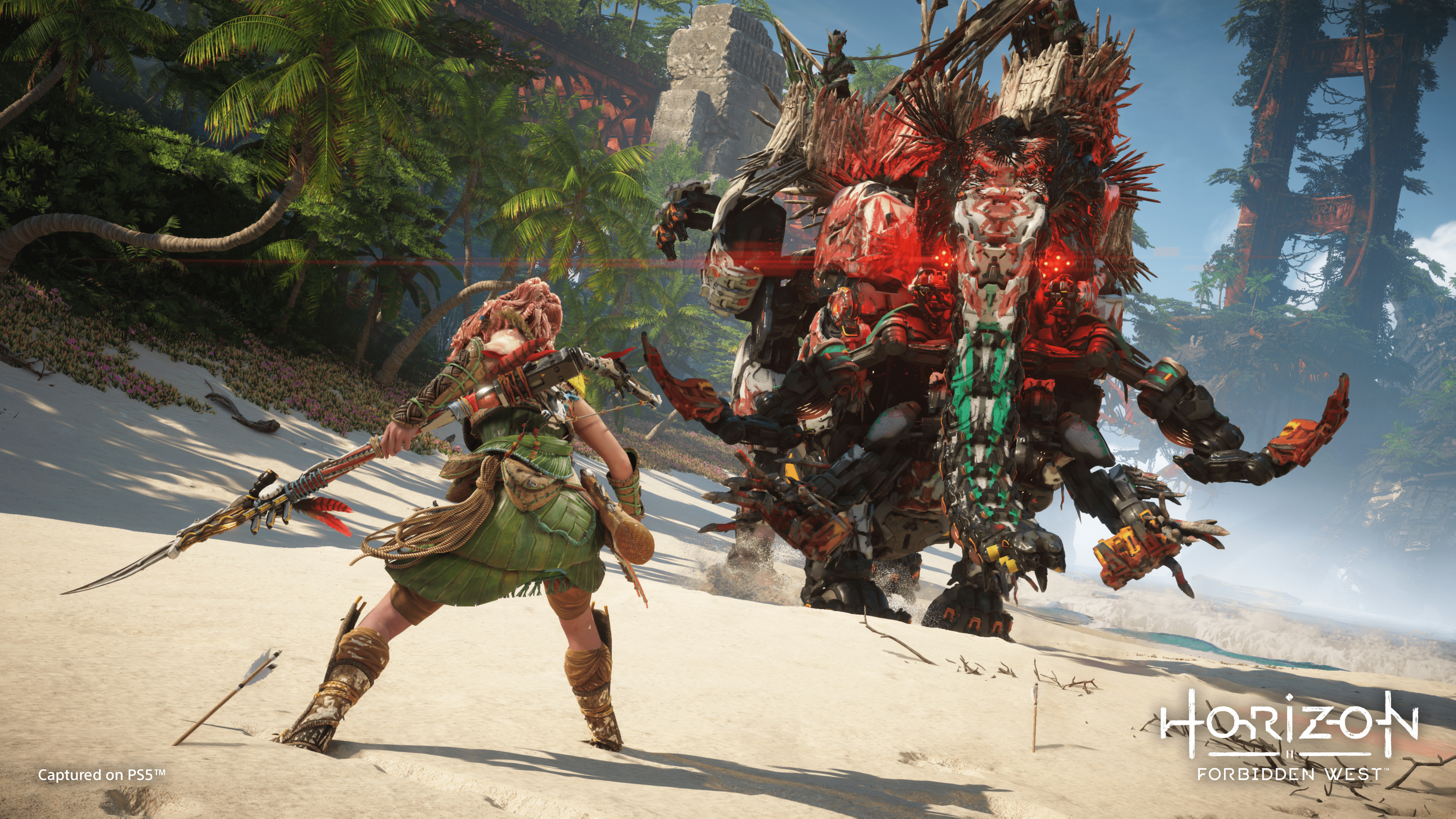 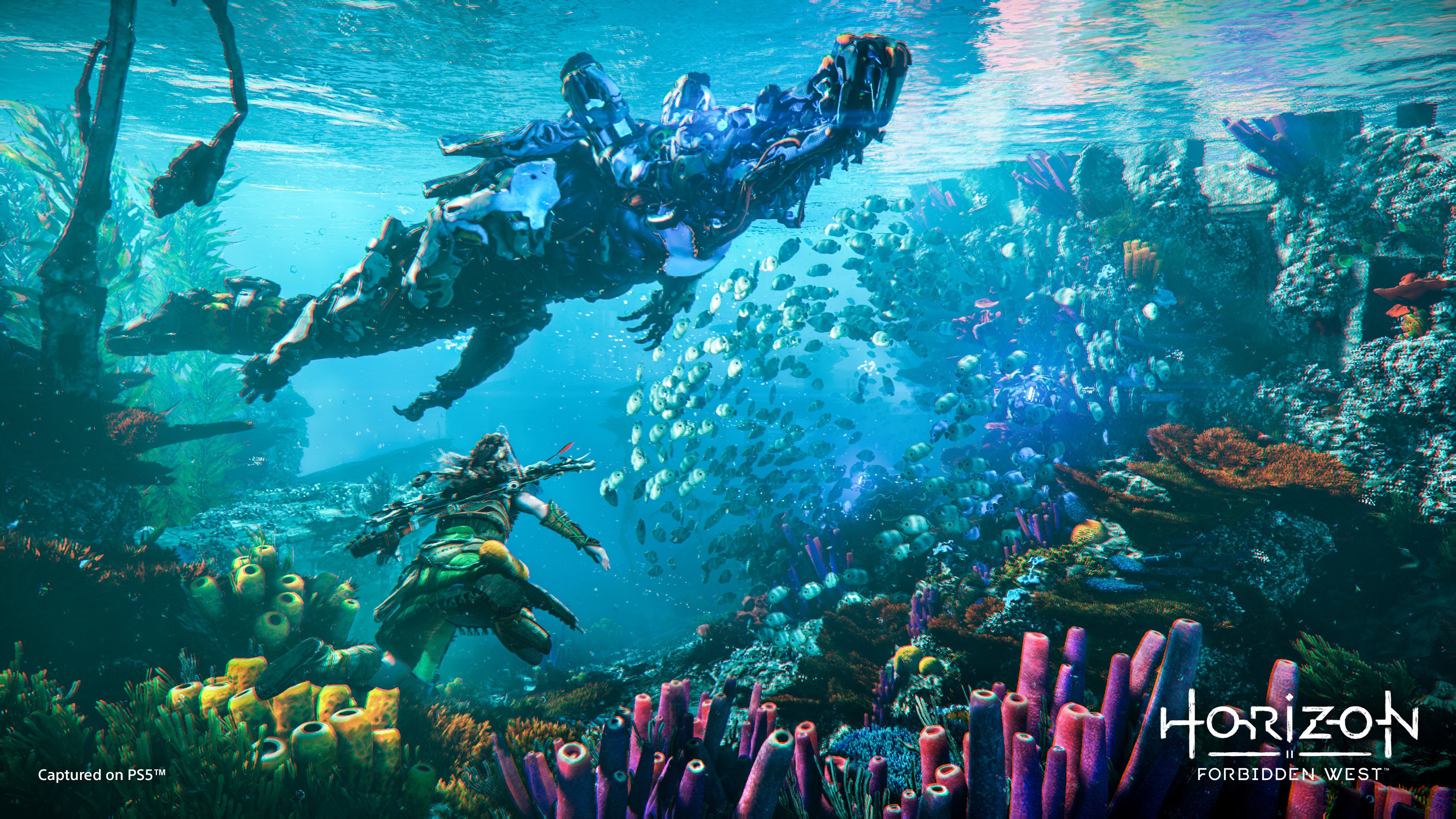 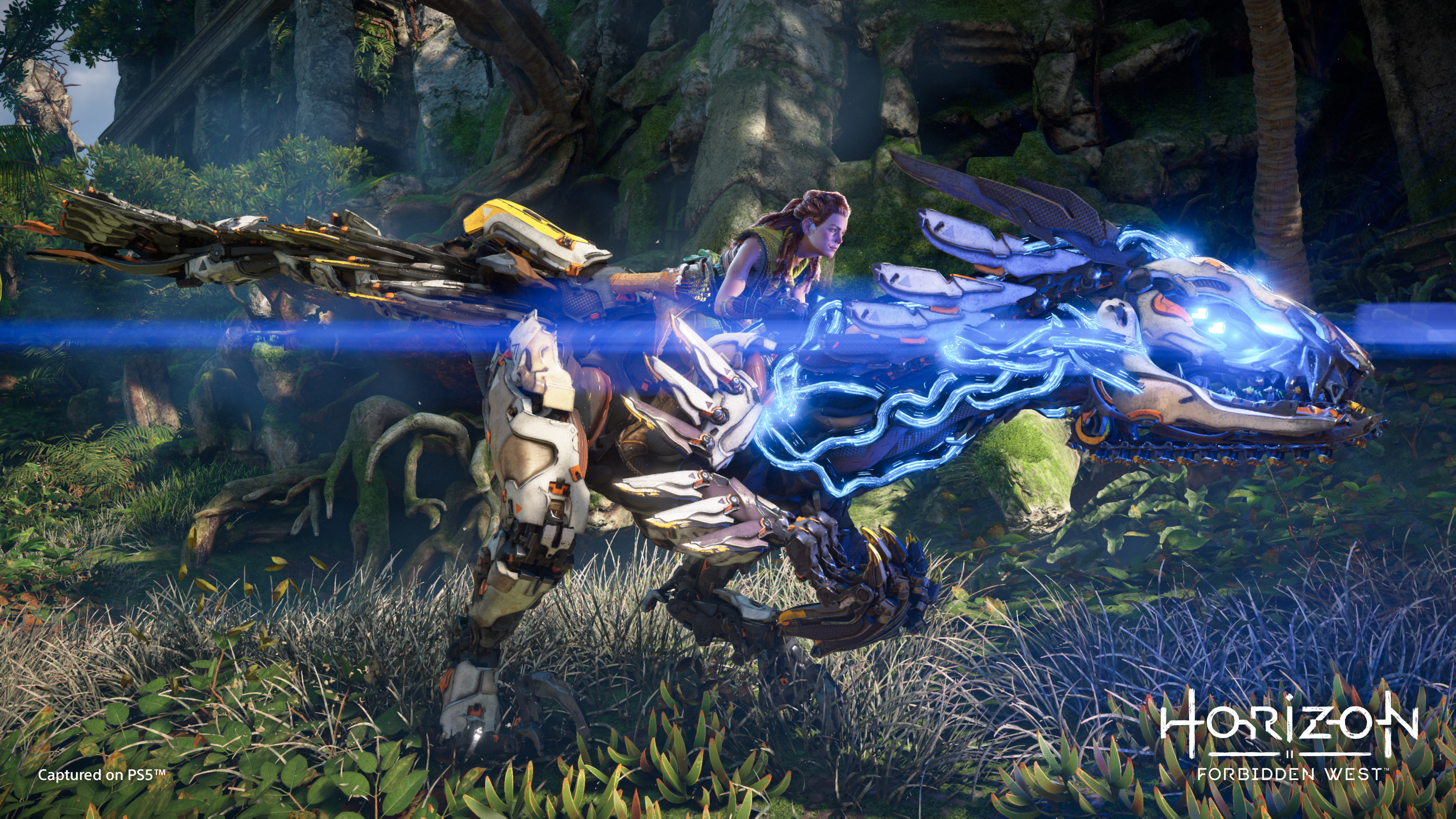