The Ancestor Of Modern CPUs, The Intel 4004, Turns Fifty TECH NEWS – On 15 November 1971, Intel released the processor that was the starting point for the CPUs found in today’s computers.

Intel was so forward-thinking when it created the 4004 that it makes you wonder. Gigahertz, teraflops and gigabytes, these terms were nowhere in 1971. This product was the first commercially available microprocessor and packed several functions into a single silicon chip with a high operating frequency and transistor density. It was also by far a pioneer in manufacturing and a step ahead of the rest.

Before 1971, Intel primarily focused on semiconductor memory because the company lacked the expertise to create general-purpose processors. In 1969, however, Nippon Calculating Machine Corporation approached Intel with an offer: design a processor for its Busicom 141-PF printing calculator. In response, the company proposed a four-chip design, and all four could be programmed for different purposes. Intel then hired Federico Faggin, an Italian-American inventor, to design the chip.

The experienced Faggin created something lasting, and his initials are on all four corners of the die (there is a small F.F. on it). The Intel 4004 has a 740 kHz clock speed, 10-micrometre (10,000-nanometre) lithography and 2,300 transistors. Nowadays, this sounds like a joke when you can easily find 4.5 GHz processors with a 7 nm lithography and billions of transistors in the shops. The advances in technology are undeniable, but in the early days, it was a significant achievement. The Computer History Museum in Mountain View, California has a prototype of the original Busicom calculator on display.

After the 4004, Intel also made advances, which led to the 8086 being used in IBM’s original computer as the result of work back in 1978. And nowadays, guess what architectures the modern consoles use? x86. (The PlayStation 3 was perhaps the last to use a custom processor, as Sony and Microsoft have since adopted AMD-based technology.) The comparison below shows how much half a century meant. 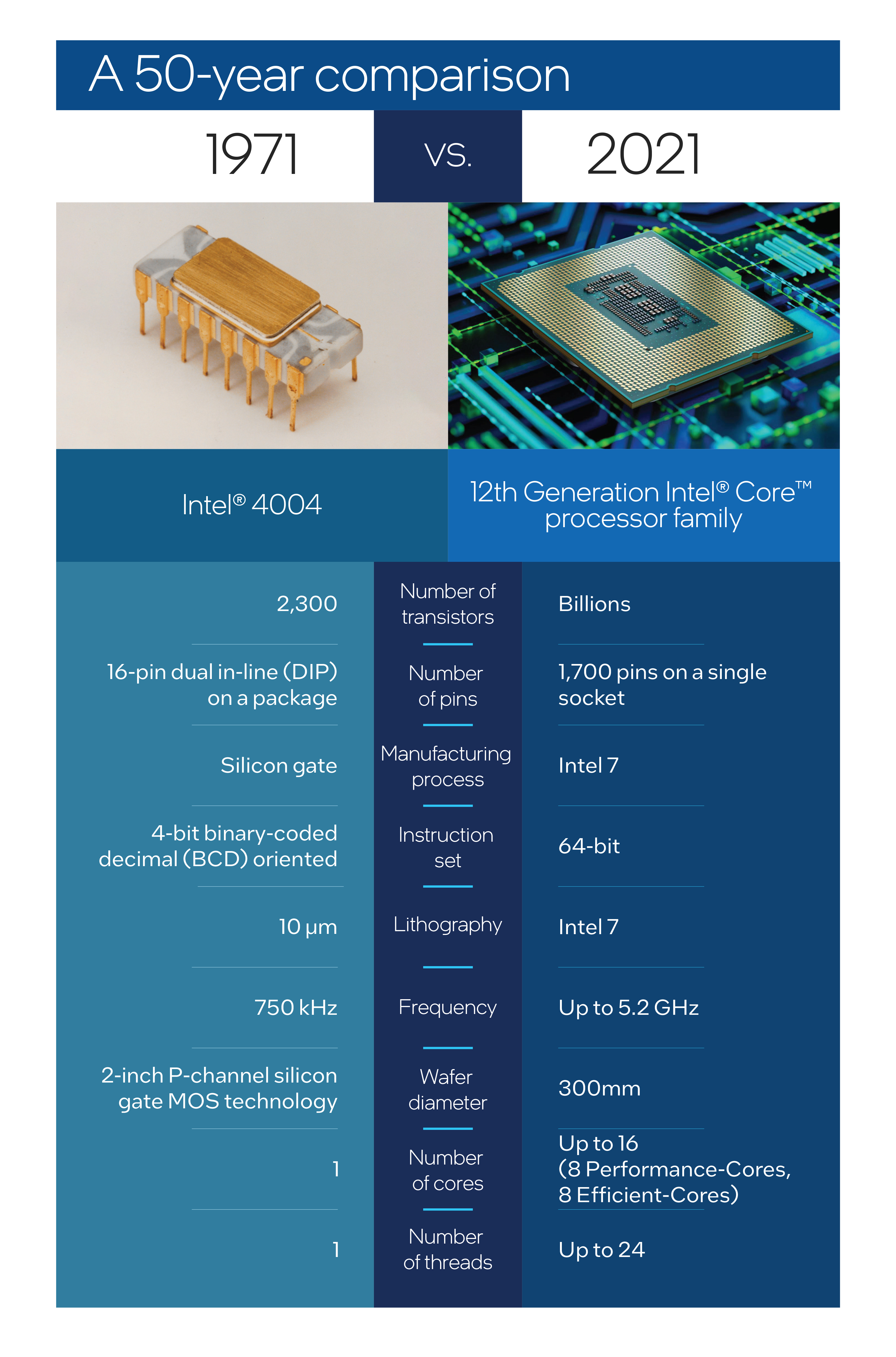