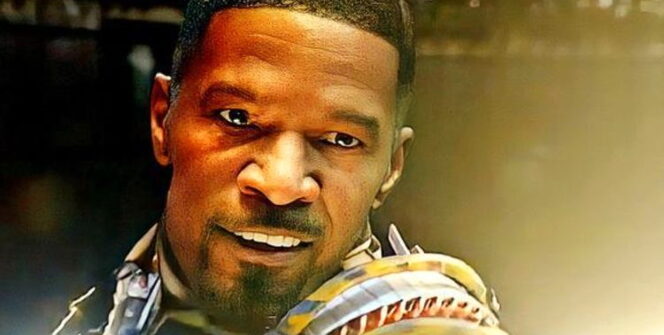 MOVIE NEWS – New footage of Jamie Foxx as Electro in Spider-Man: No Way Home in the IMAX trailer for Spider-Man.

Spider-Man: No Way Home, a familiar villain, looks on in fascination at the new world he finds himself in. Jamie Foxx, who previously co-starred with Andrew Garfield as the main villain Electro in The Amazing Spider-Man 2, is one of the actors from the alternative Spider-Man film franchise who will return in No Way Home next month. We got a brief glimpse of him in the recently released second full trailer.

Now new footage has emerged of Jamie Foxx as Electro. It’s all been revealed as part of a new 30-second advert for TV, which has been circulating online to promote the IMAX release. In the TV ad, Electro can be seen admiring his new home and what else he could potentially do in this new ‘multiverse’. As he says in the trailer:

“Look at this place and all the possibilities.”

Doctor Octopus (Alfred Molina) is also confronted in the spot by Peter Parker, played by Tom Holland, although we’ve seen this shot more than once in other teasers and trailers. Some speculate that Doc Ock and Peter could even work together after the villain realises he’s not the same version of Peter as in his own universe. Another advertisement refers to Tobey Maguire’s Spider-Man, where Doc Ock outright says that this is not the Peter Parker he knows.

We already know it’s Spider-Man: No Way Home will feature several villains from the two previous Spider-Man film franchises. The big question on many people’s minds is whether the Spider-Men from those films will also appear. It’s no secret that Tobey Maguire and Andrew Garfield are widely rumoured to possibly team up with Tom Holland in No Way Home. However, neither of them have appeared directly in any of the commercials, leading some fans to wonder if they’ll even be in the film…

Maguire has not publicly addressed these rumours, but this is partly due to the actor’s low-key demeanour of late. Meanwhile, Garfield has spoken directly about the stories on several occasions, but he vehemently denies them for his part. After months of constant denials in various interviews, Garfield recently decided he had had enough and announced he was “done” talking about the film. For now, he just wants people to wait and see what happens when the film is released.

Spider-Man: No Way Home’s world premiere is scheduled for December 17, 2021.