Every War with the God – All the God of War Games, From Worst to Best OPINION – There are very few bad games in the God of War series, but that doesn’t mean they’re all equally professional. The series generally gets better as it goes on. God of War originally made a name for itself in the mid-2000s as one of Sony’s flagship series for the PlayStation 2. Since then, the series has had several sequels and spin-offs. However, some of these titles are better than others. Here are all the God of War games, ranked from worst to best.

The God of War series started strong with the first game in 2005. The ultra-brutal series made its name based on its bloody combat mechanics and the amazing story set against the backdrop of Greek mythology and ancient gods. At its heart is Kratos, the spirit of Sparta, a warrior whose unparalleled strength and fury lead him to challenge the Greek gods themselves. Kratos is ruthless and unstoppable, but his tragic past makes him a sympathetic anti-hero, even if he has committed atrocities in several mainline games and spin-offs.

For the most part, the best God of War games are those that have been released on home “big consoles” rather than the various mobile platforms. The strength of the series is based on the quality of the combat and the epicness and elaboration of the story. The best God of War games make players feel a true god while telling an emotionally powerful and relatable story. 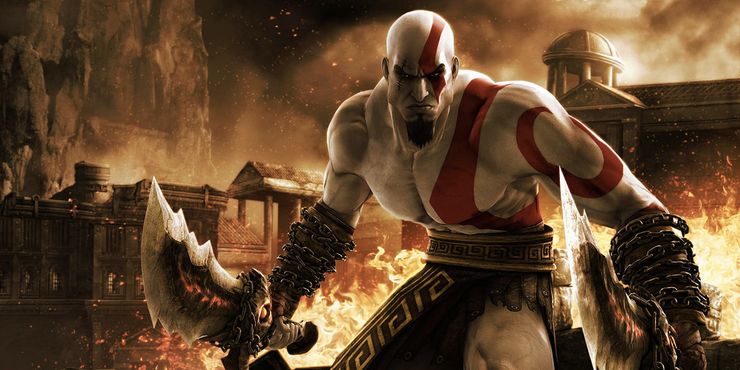 God of War: Betrayal is probably the most unique title on this list, but unfortunately, it’s also the worst. Unlike the other games in the series, Betrayal was not released for PlayStation. Instead, this God of War spin-off was released on iOS and other mobile devices. This has been more to its detriment than anything else, especially as it’s now, years later, also difficult to get hold of. It’s fair to say that Betrayal is the least “God of War” game in the entire series. Instead of being a 3rd-person hack-and-slash title, it’s a side-view 2D beat-em-up for phones. As a result, it’s hard to compare the overall experience to more traditional God of War games – especially when looking at the gameplay.

Not so, however, with the narrative, which the creators of God of War consider to be canon. It is, however, primarily a filler story, set between the first and second God of War games, and offers very little of genuine interest. Kratos’ constant warfare increasingly annoys his kin on Olympus throughout the game. The story ends with Kratos killing Ceryx of Olympus, ensuring Zeus’ retribution. Most of these events are not particularly critical to the overall story of God of War. They are rarely if ever, referenced in other games. It is hard to imagine anyone outside of hardcore God of War fans seeking this game out, which is why it is considered the worst game in the series. 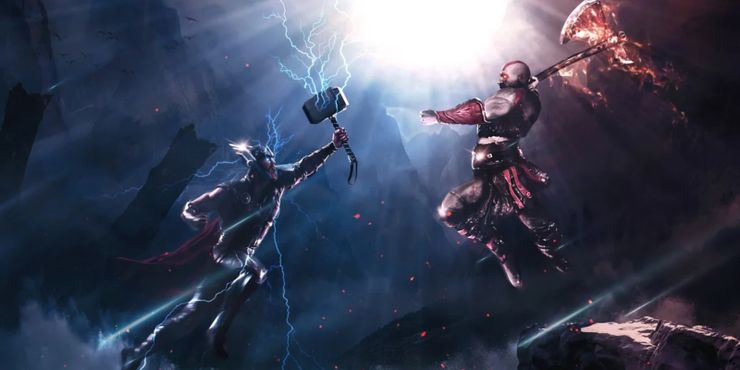 Besides Betrayal, God of War spin-offs are generally excellent titles, starting with Chains of Olympus. This prequel from PSP should not fool gamers; it’s a full-fledged God of War experience with robust gameplay and a legitimate story that provides context for later games. Even the controls are similar to the console versions, although some controls have been changed due to the PSP’s limited buttons.

However, it is still not entirely necessary to understand the basic story of the series. It takes place before the first game, so it is not required to understand the events of the mainline God of War titles. Nevertheless, it is referenced in other games and highly recommended for those interested in the history of the series. Those looking for this game should follow the PlayStation 3 port of God of War: Origins Collection, which is also available on PlayStation Now. (Unfortunately, PS Now is only available in Hungary with a “tricked” foreign account.) The HD version of the game fixes some of the PSP’s odd controls, so this is the game’s definitive version. 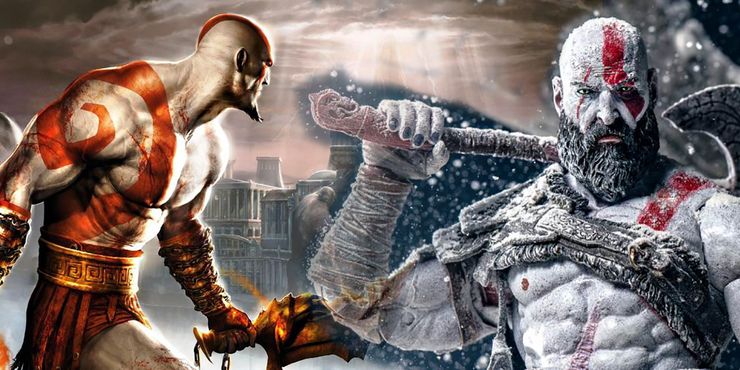 The original God of War is a classic of the PS2 era and is mainly responsible for the success and future of the series as a viable franchise on PlayStation consoles. It interprets and twists Greek mythology in a way that feels familiar yet unique, and is a must-play for anyone trying to get their first taste of the series. God of War delivered a fantasy of ultimate power, supported by a genuinely immersive tragic story like its successors.

Despite this, the original God of War still has plenty of flaws. While it’s still enjoyable and adrenaline-pumping, it’s not as polished as the later games in the series. The major sections, especially towards the end of the game, were not as thoroughly tested as other parts. As a result, players often find them incredibly frustrating. Because of this, even a great game like God of War falls short of most of the games that followed it. 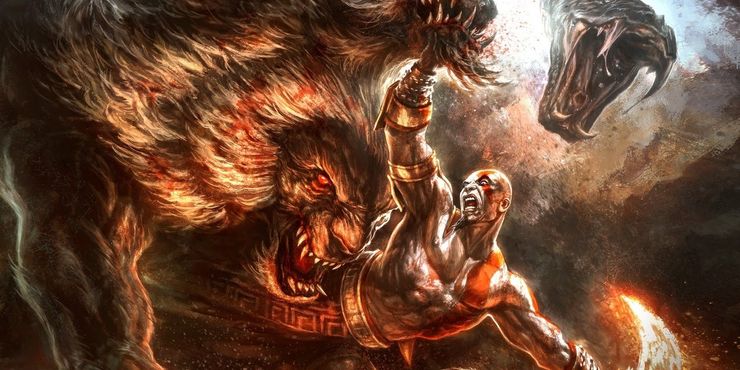 Ghost of Sparta was the second (and final) PSP game in the God of War series. Remarkably, it contained little more plot than Chains of Olympus. In addition, the gameplay was significantly more polished than the original God of War, thanks to a more experienced development team.

Ghost of Sparta takes place in the timeline between Betrayal and God of War 2. It covers Kratos’ time’s most meaningful events as Ares’ successor. The plot differs from the other games in that it explores Kratos’ family’s human side as he travels to the underworld to rescue his twin brother. Despite being one of the essential spin-offs in the series, it is still not entirely definitive in terms of the story of the mainline games and therefore sits at the back of the list. 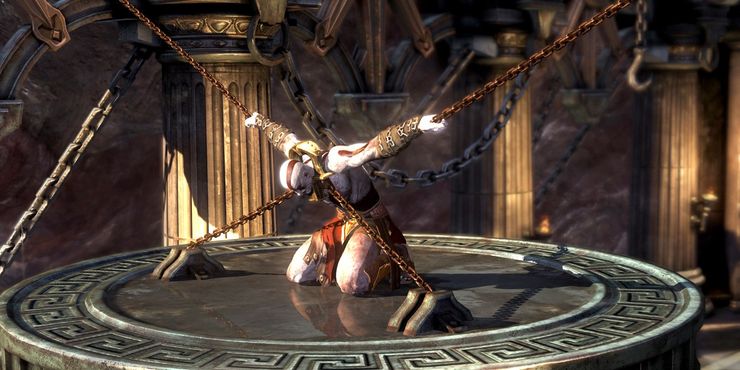 Another prequel to the first game, Ascension, is unique as the only God of War title to feature multiplayer. The multiplayer mode was quite well developed, with multiple classes, game modes, and even short plot elements tied to the single-player story. Likewise, the story mode in God of War: Ascension was an excellent continuation of the previous games’ high-quality plot and gameplay.

Yet it suffers from the same flaw as any other God of War spin-off title. They only tell stories that enhance the plot of the mainline games, not detract from it. As a result, they are easily skipped over by those who just want to get the gist. Overall, the quality gameplay and exclusive multiplayer modes make Ascension a better game than many other God of War games in the series. Still, even it doesn’t hold its own compared to God of War titles with a more substantial story and similar gameplay experiences. 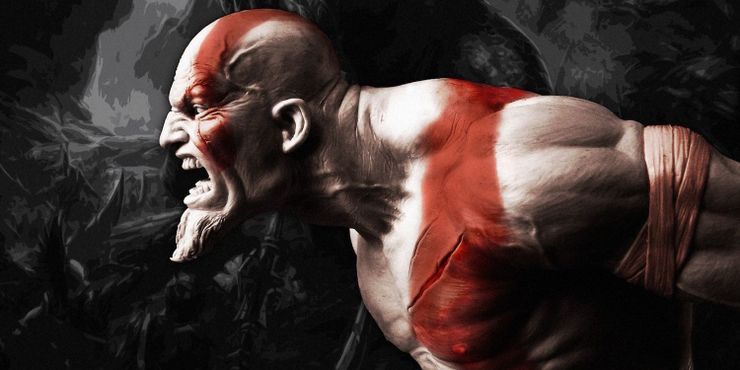 God of War II raised the bar set by the first game even higher. Fans at the time had one major complaint about it, but it still stands out as one of the most outstanding works in the series, both in terms of story and gameplay. The graphics and animation were vastly improved, the gameplay was more elaborate and polished, and the story was given similar care.

Unfortunately, the ending of God of War II is a rather disappointing cliffhanger. Its reputation was initially tarnished by an objection from fans about the game’s completion. Fans spent hours trying to beat every single challenge in the game, only to feel robbed when the main villain Zeus unexpectedly escapes at the last minute. Fans had to wait years to try to kill Zeus again in God of War III, which perhaps explains the initial (but understandable) complaints.

God of War III and the 2018 reboot offer gameplay similar to or surpassing the mechanics of GoW2, while also having amazing graphics. They also arguably have just as good a story. Meanwhile, God of War II is the last title where the pre-rendered graphics looked much worse than the in-game walkthroughs. However, the only thing that prevents God of War II from outperforming the other titles is time. Time has passed it by in vain… 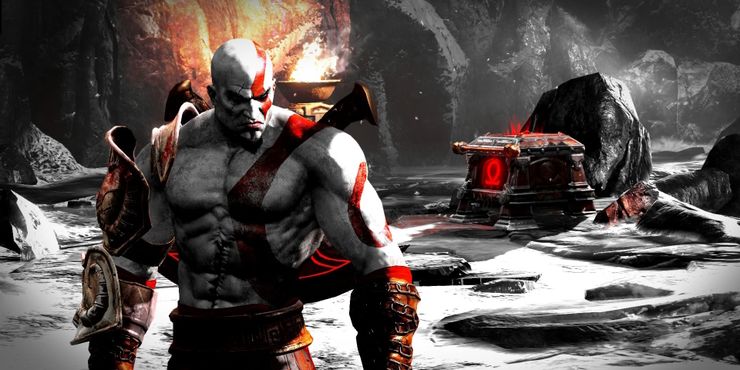 God of War III was supposed to be the epic conclusion to a monumental revenge story and the culmination of the series’ gameplay perfection. In many ways, it was. It finally ended Kratos’ conflict with Zeus and gave a satisfying conclusion to the character arcs that all the previous games had set up. Similarly, the combat in God of War III proved to be as enjoyable as ever. There were more weapons and abilities to play with, which retained the series’ great tradition of brutality. Kratos’ kills are as viscerally gory as they’ve ever been. It was everything a God of War finale should have been.

Yet somehow, this was not the finale. Although it concluded the original story, it was not the end of Kratos’ character. Instead, God of War III meant that Kratos left Greek mythology behind. So, while GoW III is still the best of the original God of War games, it now pales next to what came after it. 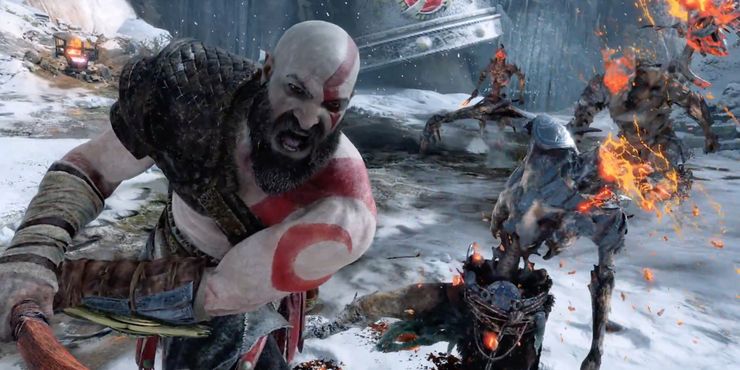 It may not be as brutal or have overt sexuality as its predecessors, but God of War 2018 is clearly the best entry in the series. With a similar tone to Sony’s other cinematic games, such as The Last of Us, the story is about the relationship between Kratos and his son Atreus, years after the events of the original series. The ensuing tale of the Norse myth gods could easily be the best God of War story to date (though the sequel, Ragnarok, arriving in 2022, may dethrone it).

However, this God of War game departed from the series’ usual gameplay. It still retains the traditional God of War combat mode – 3D hack-and-slash – but now with more RPG mechanics and a lot more options. In essence, the game has now become a true action RPG. Thanks to the myriad of abilities (arranged on classic ability trees), players are free to build a version of Kratos that suits their own gameplay preferences. Similarly, God of War (2018) has much more content. Dozens of side missions and secrets can be found throughout the game. In terms of the sheer amount of content squeezed into the game alone, it dwarfs every other entry in the series. Best of all, it does all this without any significant drop in quality. It’s an enjoyable experience from the first moment, and players can enjoy it for hours.

The game’s two minor objections are that the player needs to know or infer certain information about the previous God of War games in the series. While it is possible to play without the context of the earlier episodes, knowing the story of Kratos really makes a great game even better.

On the other hand, the unnecessarily over-complicated skill tree and the not very professional RPG system, in general, took a bit of a back seat to the game.

Still, God of War (2018) easily beats its predecessors, and fans eagerly anticipate the game’s sequel in 2022.