An F2 Driver Has Been Suspended For A Racist Remark! [VIDEO] 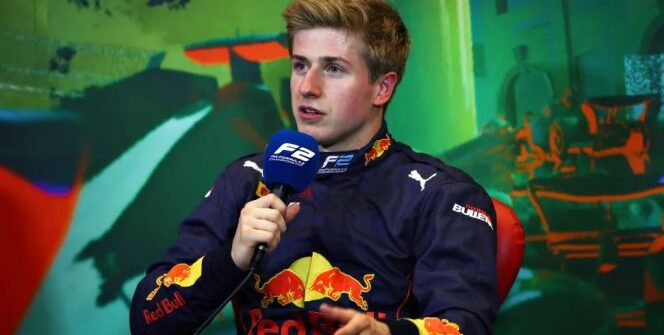 Red Bull’s Jüri Vips said something he shouldn’t have during a Call of Duty: Warzone stream.

Vips were playing Activision Blizzard’s free-to-play game (which will get a sequel this year, courtesy of Infinity Ward) with fellow Red Bull junior (and Formula 2 racer!) Liam Lawson and uttered the N-word. It shocked Lawson almost immediately (saying „Jüri!”). The viewers weren’t amused by the Estonian racer’s comment either. Earlier, Vips had been similarly divisive when he rejected Lawson’s idea: the New Zealand driver had suggested that his colleague wear a pink Red Bull cap, but he considered it gay. Lawson said, “Jüri, you can’t say that!” (You can hear this in the second video, though the volume is low.)

Red Bull, however, took notice of this shortly afterwards, issuing this statement on Twitter: “Red Bull Racing has suspended junior driver Jüri Vips from all team duties with immediate effect, pending a full investigation into the incident. As an organization, we condemn the abuse of any kind and have a zero-tolerance policy to racist language or behaviour within our organization.” Vips made his Formula 1 debut in May at the Spanish Grand Prix in a free practice session driving Sergio Perez’s car, and who knows, maybe it was in the pipeline that, depending on his results, the Red Bull reserve could have made his debut next year in the second team, Alpha Tauri!

Vips then apologized on Instagram, “This language is entirely unacceptable and does not portray the values and principles that I hold. I deeply regret my actions, and this is not the example I wish to set. I will cooperate with the investigation fully.” Also, the N-word got Kyle Larson, a NASCAR driver, fired by Chip Ganassi Racing in 2020 (plus he lost several sponsors) for saying it during an iRacing broadcast. True, he ended up moving on to another team a few months later.

But Vips…? He’s going to be in a tough spot these days. So how does he get to F1?

so out of line from Jüri, disgusting to hear pic.twitter.com/0hlVyLDAN6

Here is the clip where his masculinity is so fragile he can’t even wear a pink hat pic.twitter.com/Ia9ilku09j