MOVIE PREVIEW – Paramount is set to reboot the Dungeons & Dragons movie franchise with Honor Among Thieves. Here’s everything we know so far about the latest film adaptation of the famous tabletop role-playing game!

Paramount Pictures will bring the world of Dungeons & Dragons back to the big screen in 2023 with an all-new reboot film. The iconic tabletop role-playing game was previously adapted in a series of three films released between 2000 and 2012. These original films were not particularly successful, with the first theatrical release being a critical and commercial failure. Despite this, two other films were released, but not with much success: the 2005 sequel, Wrath of the Dragon God, was shown exclusively on the Sci-Fi Channel, and the final instalment in 2012 received a direct to DVD release only in the UK.

Now Paramount hopes to breathe new life into the franchise with an all-new reboot. So let’s see what we know about the brand new Dungeons & Dragons. What will the plot revolve around? Who’s in the cast? When and where will it be released? And what else should the public know before the launch?

The plot of Dungeons & Dragons: Honor Among Thieves

Along with the trailer, Paramount Pictures has also released the synopsis for the upcoming Dungeons & Dragons: Honor Among Thieves. Specifically, Paramount released the first trailer and official poster today. The official film synopsis was also attached to the trailer posted on YouTube. The official description of the film reads, “A charming thief and a motley crew embark on a truly epic heist to recover a lost artefact, but things go dangerously awry when they run afoul of the wrong people. Dungeons & Dragons: Honour of Thieves brings the legendary role-playing game’s rich world and playful spirit to the big screen in a fun and action-packed adventure.”

The original 2000 film followed Empress Savina’s quest to retrieve the wand of Savrille to defeat the sorcerer Profion, played by Jeremy Irons. The sequels essentially did not continue the first film’s plot, focusing on new characters, timelines and locations. With the upcoming new instalment, Paramount will likely want to remain as faithful to the original game as possible to appeal to fans who still love the RPG. In the nearly five decades since the game’s first release in 1974, it is still the most successful role-playing game in the United States, with an estimated 20 million or more people having played it at one point. The game’s popularity has boomed again in recent years, particularly to the rise and public acceptance of the so-called “geek culture”. This culture includes TV series such as Game of Thrones and Stranger Things and films from the Marvel and DC universes.

It seems the time has come for Dungeons & Dragons to return to the big screen. Whatever Paramount decides to adapt the story, they must keep the original and current fans of the game in mind. For now, we can only guess at what we’ll see until more information is revealed in the coming weeks and months. The cast: everyone we know

The cast will be led by Chris Pine, well-known to geek culture fans for his roles in the Star Trek and Wonder Woman film franchises. While we know he will be the lead, we don’t know exactly what character Pine will play, but the trailer makes it clear that he will be in charge of a gang of thieves who are out to rob the place. It’s also clear that Pine is playing a bard – this is clear from the music he plays at the end of the trailer. Along with Pine, Michelle Rodriguez (holding an axe in her hand in the trailer, so she must be some sort of female warrior), Rege-Jean Page (a knight in armour in the trailer), and Justice Smith (he appears to be some sort of sorcerer or healer) were the next stars to be cast, who are also not known.

Hugh Grant will play the film’s arch-enemy, who the trailer suggests may be a similarly evil mage as played by Jeremy Irons in the first film in 2000, but further details are being kept under wraps for now. The rest of the cast will be Chloe Coleman, Sophia Lillis (a shape-shifting young Tiefling druid girl who can transform into an “owl-eyed” girl) and Daisy Head (who appears to be an evil female wizard). One of the characters is already known by name: Jason Wong will play the role of Drallas.

More details about the characters in the trailer and the rest of the cast will likely be revealed in the coming months. Release date: what we know so far

In December 2017, Dungeons & Dragons: Honor Among Thieves were given its first release date of 23 July 2021. The date was later pushed back to 19 November 2021, with the July date replaced by Mission: Impossible 7 (which was later moved back). Problems with COVID pushed the date back again to 27 May 2022. Finally, in April 2021, the release was postponed to the current date of 3 March 2023. Everything else: spin-off TV series in the pipeline!

It seems that they are already confident in the success of Dungeons & Dragons, as a spin-off TV series was announced in January 2022. The TV series, helmed by filmmaker Rawson Marshall Thurber, is described as the flagship of an expanded universe with “multiple” live-action series to complement the films. Michael Lombardo, president of eOne, which will distribute the upcoming TV series, said of the television plans, “We don’t want this to be just one series, so we’re building and developing a multi-pronged approach for television, several scripted and unscripted series, and we hope to launch that early next year.”

Paramount and eOne have clearly recognised that this is the right time for Dungeons & Dragons to return to the big and small screen, and the studios are doing everything they can to create a new franchise. Suppose it is better received critically and commercially than the original film series. In that case, the increased publicity could help ensure that the game remains an integral part of our geek culture for years to come. 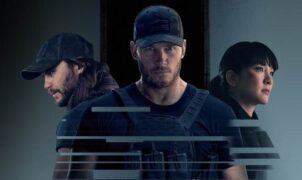