New Tales From The Borderlands: Development Is At The Finish Line – Might Be Out In Time?! 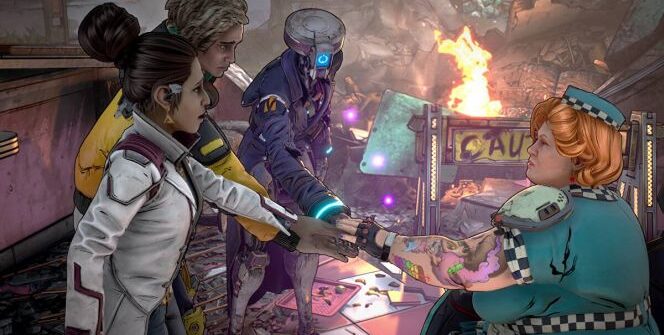 Development of New Tales from the Borderlands is coming to a close, so it looks like a game is arriving just in time…

What can you say about the Borderlands saga that hasn’t been said yet? It’s one of the benchmarks of looter shooters, with distinctive graphics and lots of humour. And New Tales from the Borderlands isn’t the only spin-off we’ve had recently, with another spin-off coming out not too long ago in the form of Tiny Tina’s Wonderlands.

As reported by the official Borderlands Twitter account, the highly anticipated New Tales from the Borderlands has entered the gold phase and will not be delayed.

So the title will hit stores on October 21, and the story will be full of baddies to teach.

The Gold phase means that the game has passed the quality control phase and is ready for distribution to the general public. Similar news yesterday that God of War Ragnarok has reached the same stage and is also not delayed (if all is true). This is excellent news, especially in light of the fact that it is almost natural for games to be delayed or delayed these days.

What do we know about the details of New Tales from the Borderlands?

It was Amazon who leaked the release date for the title. The storyline was framed as: “Decide the fate of selfless scientist Anu, her ambitious brother Octavian and the fierce Fran. With nothing to lose and everything to gain, you will claw and cheat your way through this thrilling five-part story!” This last sentence confirms that the story is divided into five episodes.

The Deluxe Edition will include the Capital Adventure Pack, which “includes cosmetics for Anu, Octavio and Fran, 10,000 in-game coins and an FL4K Vaultlander collectible”. It was also confirmed that choices would once again play a part, as they did in Telltale Games’ last game.

The game will therefore be released on October 21 for PC, PS4, PS5, Xbox Series X/S, Xbox One and Switch. An extended gameplay was released a few weeks ago, revealing six key details. The creators of the previous title were Telltale Games, who have had a tumultuous journey in recent years but have left us with some great games.

It's official! New Tales from the Borderlands has GONE GOLD. See y'all on 10/21!