TECH NEWS – The graphics card, which has a hair-raising price tag in the US, is easy to find, as the tech company has slightly overpriced it…

The Nvidia GeForce RTX 4080 costs $1,200, and buyers are not in a hurry, and rightly so when you consider that the predecessor, the RTX 3080, was available for $700 when it was released two years ago. Sure, it had a version with more VRAM, but even the 12 GB model was $900. That’s a significant difference compared with the newest Nvidia GPUs!

For years, Nvidia’s 80 cards have been in the $550-700 price range, and these are not high-end GPUs, but they’re not far behind (upper-mid-range; the RTX 4090 adds 30-40% more performance and more VRAM). If you take crypto out of the equation, which has pushed the price of the cards up sharply, gamers won’t pay nearly twice as much for a graphics card in the same class, even if its performance is pretty good. One tweet, which didn’t clarify whether Nvidia shipped that many video cards worldwide or just to the US, said the company shipped 160,000 cards of the RTX 40 series. Of that, 130,000 were RTX 4090s, which have sold out… and the RTX 4080s are in stores (30,000 of which Nvidia shipped), almost untouched.

But the scalpers played a role (below, you can see more pictures of the cards they sold, which are, of course, overstocked). Most RTX 4080s are, however, similar in price to the RTX 4090 Founders Edition or are AIB models (meaning that, e.g., ASUS orders the graphics chip and then mounts it on its board) that are reference priced. The other factor is AMD’s Radeon RX 7900 series: the public is awaiting its launch and initial test results, and since the company plans to price it between $900-1000, they might be waiting to pick them up instead.

So it’s understandable if hardcore gamers take the most expensive cards. 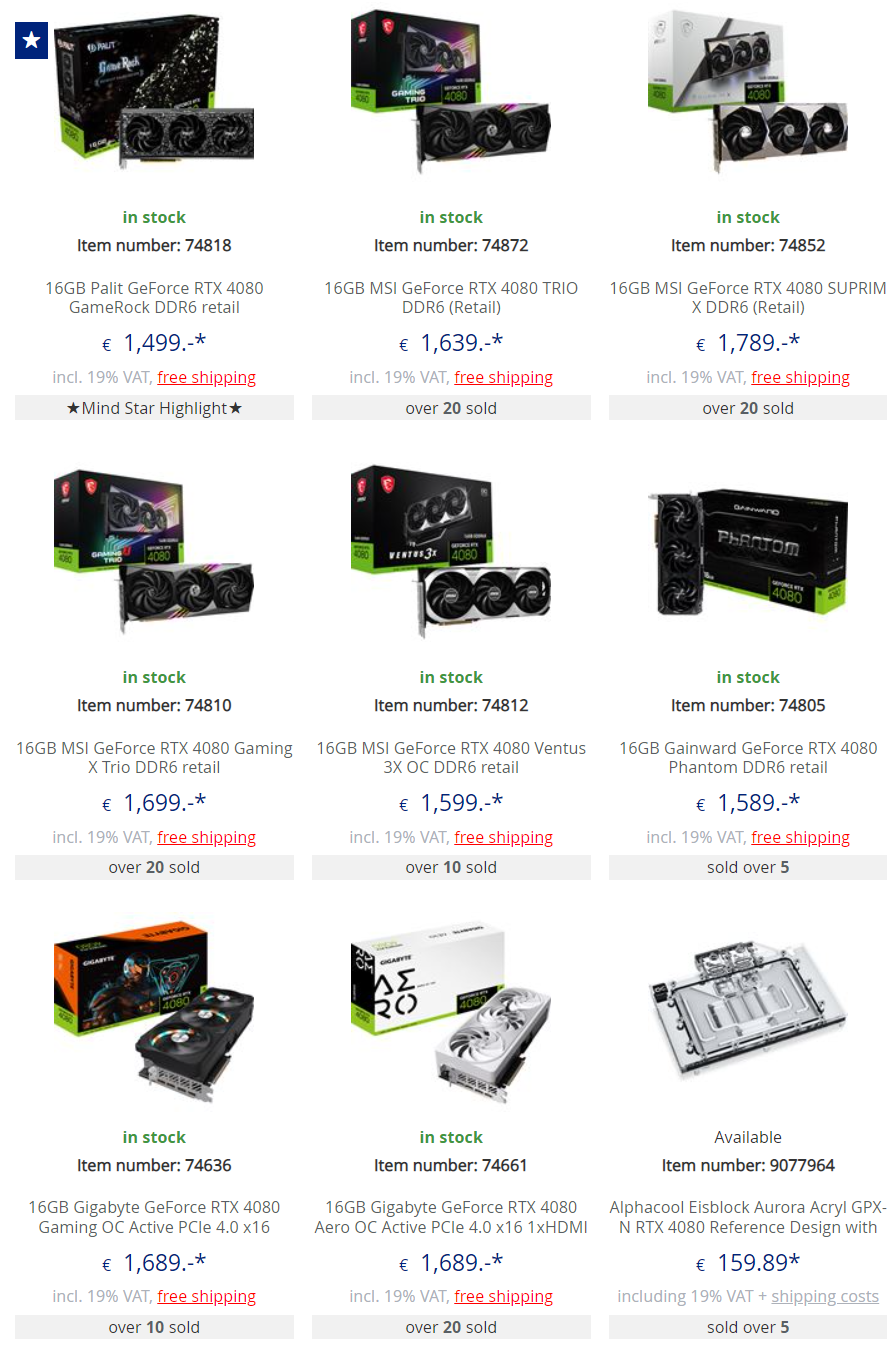 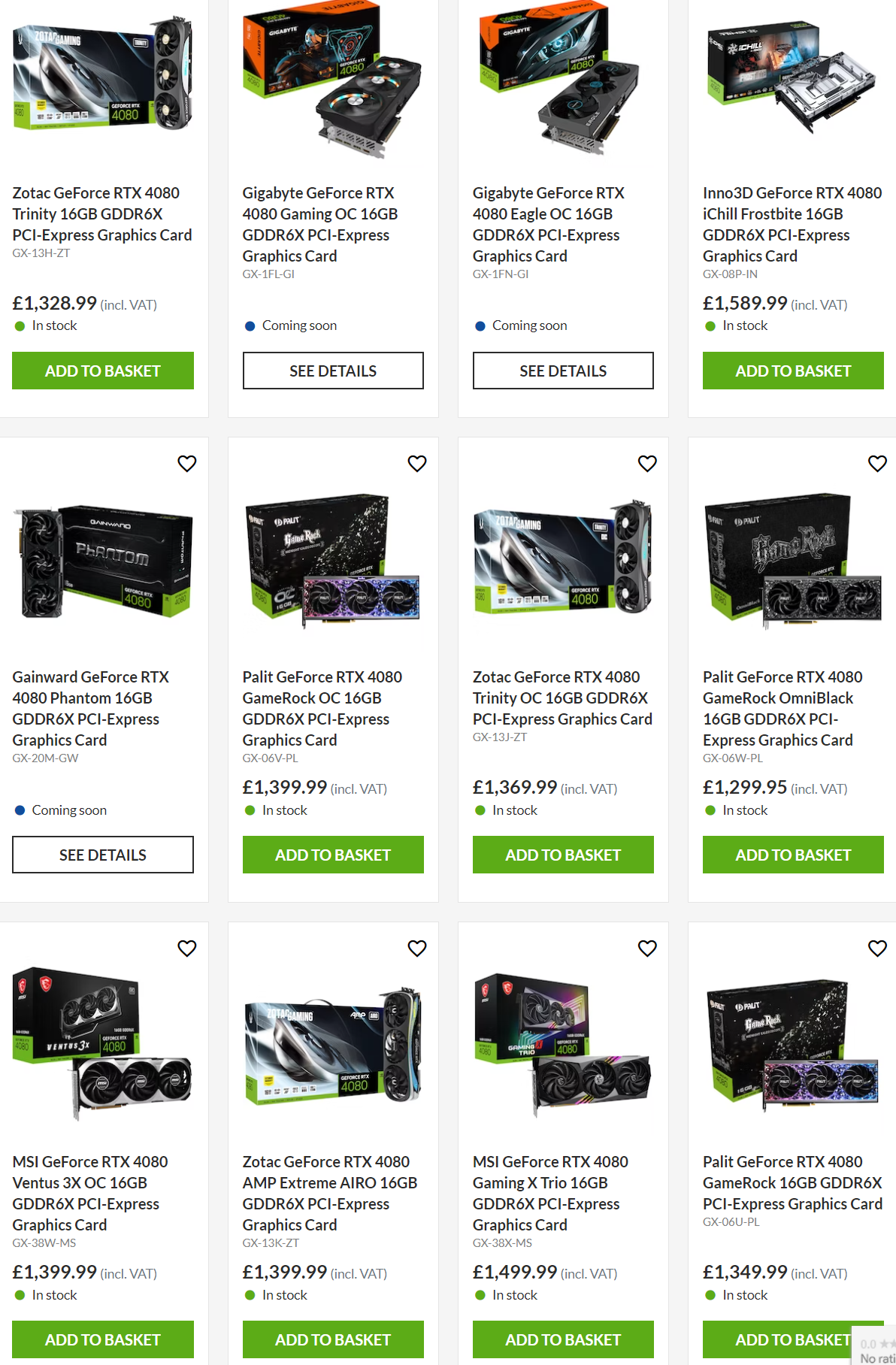 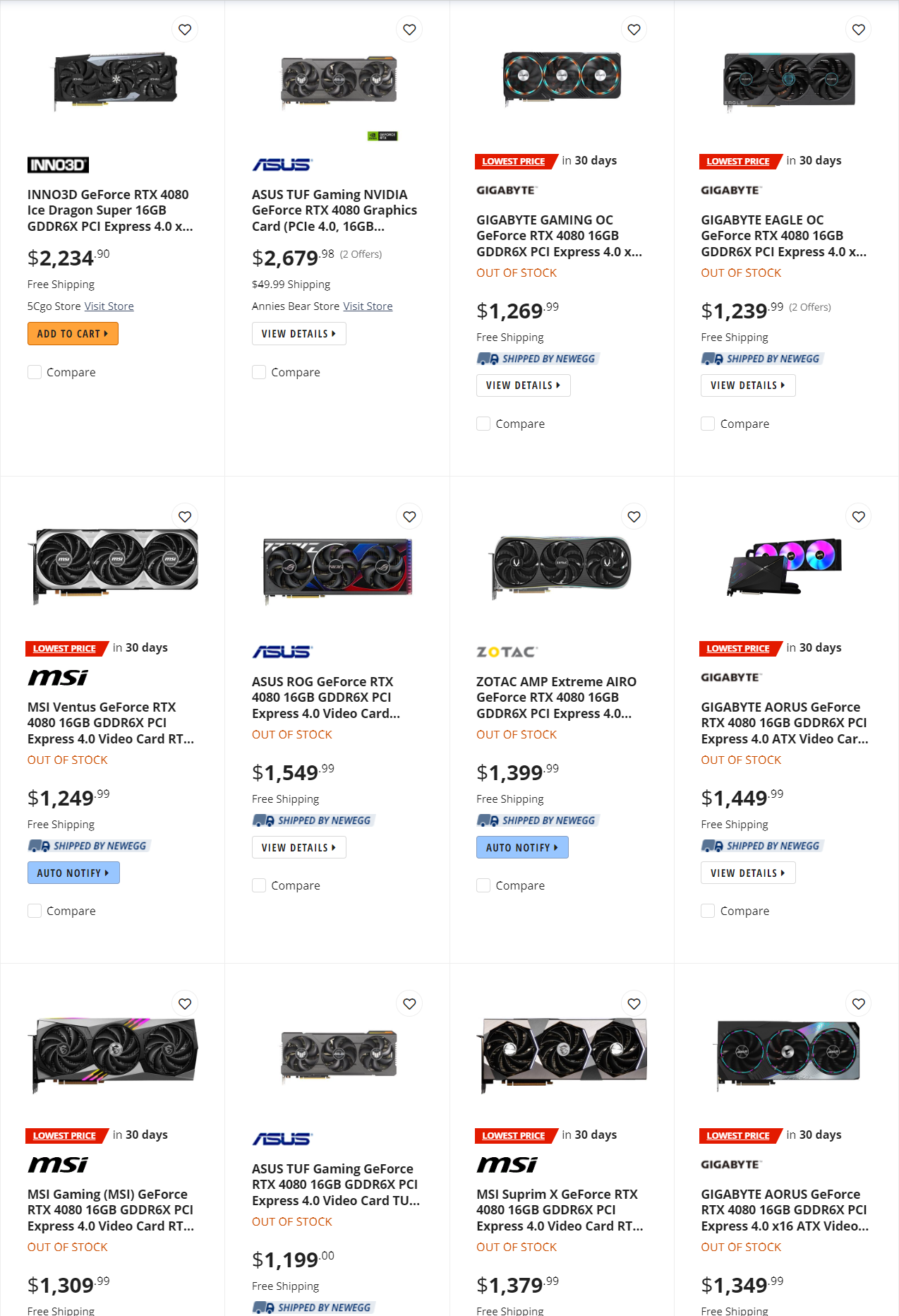