On Tuesday night, a lot of Australian people planned to complete the census online. This census happens every five years, and everyone is required to fill it until September 23 this time. However, technical difficulties happened.

According to Australian authorities, overseas hackers made the website impossible to access, and it happened just hours after them saying that this website is not going to go down!

Australian Prime Minister Malcolm Turnbull assured the people that their personal information was not compromised, as the hackers couldn’t access the ABS (Australian Bureau of Statistics) website. However, two-thirds (!) of the population was expected to complete the form online, but due to the DDoS attacks, they either couldn’t fill it fully or couldn’t even begin. Opposition already wants to see Assistant Treasurer Michael McCormack (who denied that the survey was hacked or attacked) resign because they believe this was the worst census ever.

On Twitter, the hashtag #CensusFail quickly spread, making fun of the census events. Here’s an example. 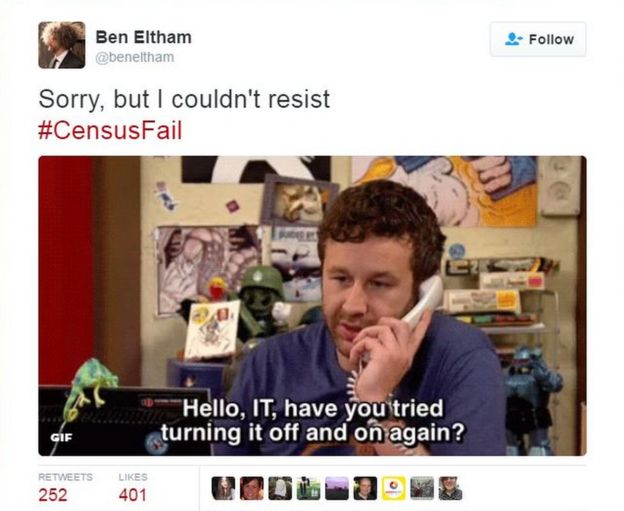