PlayStation 4 Pro – Time to be professional? OPINION – Sony officially revealed the stronger PlayStation 4 model, dubbed Pro, which we knew about as the NEO so far. The Japanese company follows Microsoft’s plans to launch an upgraded console mid-generation. Do we need the Pro?

Yesterday, the PlayStation Meeting happened, and while the announcements happened as expected, Sony managed to surprise us with the upcoming events in 2016. (And if we look at 2016 from a business perspective, then the upcoming events until March 2017.) 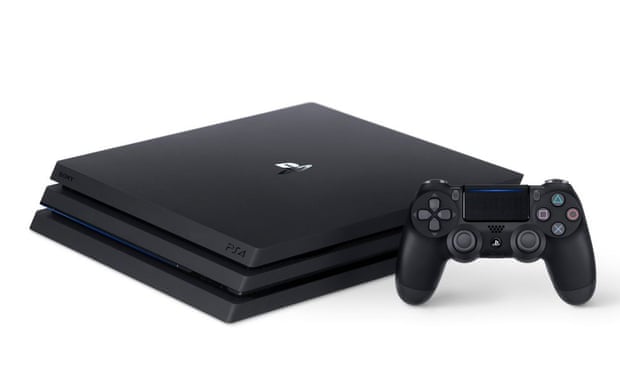 I’m not going to talk about our website; instead, I’ll detail how the PlayStation 4 Pro is different from the Slim aside from its looks. (In my opinion, the Pro is a toaster, and a Slim is a grill.) The PS4‘s current codename is CUH-1200A, but the Slim will be the 2000, and the Pro will be the 7000 model, respectively. The CPU will remain the same 8-core AMD Jaguar, but the Pro’s version will have a higher clock speed. The GPU will also be more powerful – compared to the current PS4‘s and the Slim‘s 1.84 TFLOPS, the Pro’s performance will be 4.20 TFLOPS. Remember, the Project Scorpio is mentioned to be 6 TFLOPS – in the short term, the performance boost will make Sony the leader, but we have yet to see what the Scorpio will have under the hood.

Back to the specifications: the Pro will be able to play games on 4K (3840×2160) resolution, but unfortunately, it can’t play 4K Blu-ray movies for some reason. The hard drive will be 1 TB by default (!), so we will have double the space to install more games. Dimensions? Here they are, in millimeters:

Yep, the Pro will need a bit more space, so make sure you leave some breathing air for the stronger console! There will be one more USB port, jumping from 2 to 3 on the Pro (the Slim will stick to 2 as well). The WiFi will also improve: the base PS4 supports IEEE 802.11 b/g/n, but both the Slim and the Pro will come with IEEE 802.11 a/b/g/n/ac support. The Bluetooth also be 4.0 instead of 2.1 on both new models. Watch out for the electricity consumption, though: while the base PS4‘s maximum is 230 watts, the Slim will drop to 165, and the Pro will see its max jump to 310 watts!

Technically, both the Slim and the Pro will support the High Dynamic Range (HDR – it means the visuals will look more colorful and better), and the Pro will be able to run games at up to 4K resolution. In case it’s on 1080p, the frame rate could see an improvement on the PlayStation 4 Pro.

That’s all the key stats; now it’s time for the opinion. Do we need the PlayStation 4 Pro? It’s solely up to the player. However, to fully eke the power of the stronger PS4 out, a 4K TV is required. Sure, the Pro can provide more stable results on 1080p, but do you want to put a stronger engine in your car and not upgrade the chassis? Sure, you can get the PS4 Pro for 399 $/€/349 GBP, but if you don’t have a 4K TV, you will end up paying much more to be 4K-ready…

Also, do you want to spend another 400 bucks three years after the vanilla PS4‘s launch (and more, again, if you don’t have a 4K television) to get the maximum out of your gaming experience? With this cash, you’re up to a decent PC’s cost. A lot of people chose console gaming to avoid constant upgrades of PCs, but we’re effectively seeing the same thing here. If you’re OK with 1080p, stick with the base (and in my opinion, better looking) PS4, or with the Slim, because the games will look better due to the addition of HDR. However, for 4K, get ready to cough up some cash…

In my opinion, both console manufacturers screwed up the timing. What if both the PS4 and the X1 came a year later? Maybe their specs would be much different, and perhaps we might not need the stop-gap upgraded consoles. Right now, we’re in a situation of two companies relaunching their consoles, and the third one is going on their unique path with a brand new, potentially hybrid console.

Sony is on a good path with the PlayStation 4 Pro… for a year. They have 40 million sold PS4s, and many of the buyers will buy the Pro model, bringing in a few more million sales – and, to be fair, Sony needs the money right now -, but the Project Scorpio might strike back. If it ends up being graphically stronger, Sony might lose their lead by the end of the generation.