„f__k off” – similar tweets have been visible on the European Square Enix Twitter account for about a day.

„cyberwolfgang” first hacked the European Square Enix account, then they moved on to take over Just Cause‘s Twitter channel as well. However, the unauthorized access were nothing remotely close to impressive – the tweets were mostly nonsense (you can see some of them below), including calling Electronic Arts losers, and asking what we do with our lives if we don’t watch anmie.

The story isn’t over, though: originally, Square Enix EU had 150 accounts followed and about 150 thousand followers. These dropped to 0 and about 76.8 thousand, respectively. These results happened via mass blocking of accounts (which, in turn, forced them to unfollow Square Enix). Twitter did step in to help the situation, restoring most of the accounts in the process. 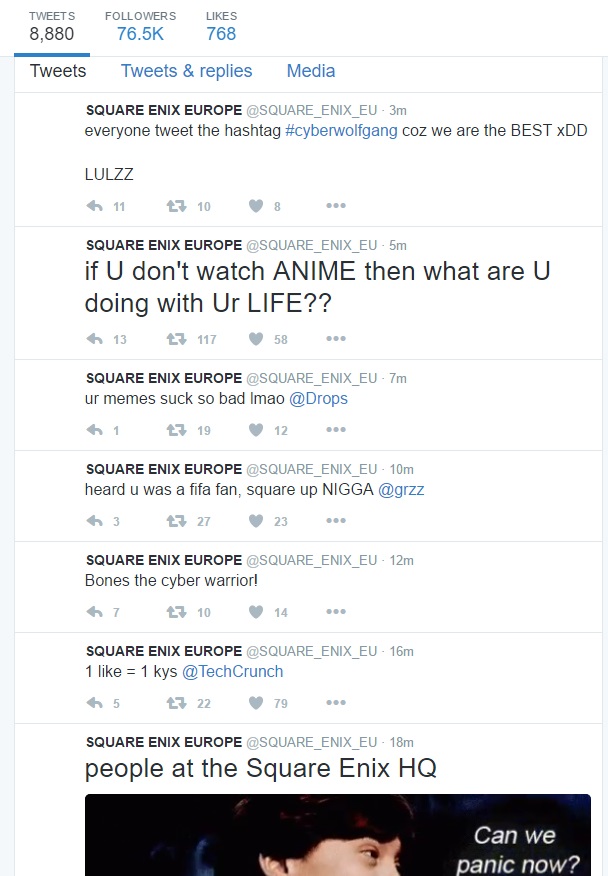 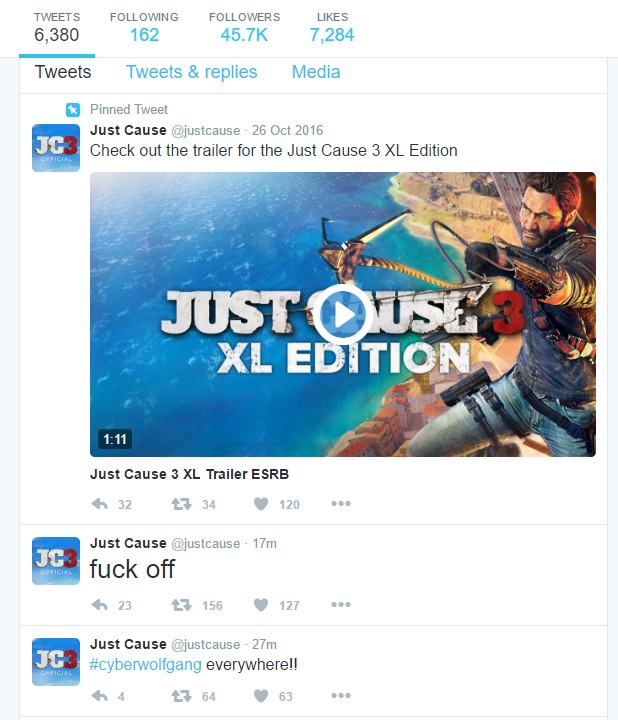