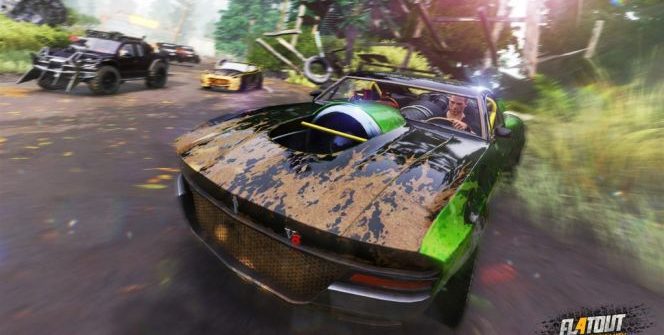 If you call a fifty-one second, heavily edited video a gameplay trailer, you have problems with your game.

The first two FlatOut games, developed by BugBear, were decent titles, but they moved on from this franchise (their next hopeful game is WreckFest) – 3 was developed by PC budget game developer Team6, and 4 is done by Kylotonn, who recently worked on WRC’s video game adaptations.

Going by the „gameplay trailer,” FlatOut 4: Total Insanity doesn’t seem like a big hit. In fact, it’s total insanity to use the license to be a cash-grab game, even though Kylotonn’s work doesn’t seem deserving to use the name FlatOut whatsoever. Even though the Stunt mode is coming back, as well as a „detailed and expansive damage system” is implemented, we just don’t see much of these in the video below…

…and mind you, the game is out on March 17 on PlayStation 4 and Xbox One. You’ll be hard pressed to impress anyone with such videos.