Finally a Release Date for Valkyria Revolution Heading To The West! [VIDEO] SEGA has announced that Valkyria Revolution, which is available in Japan on PlayStation 4 and PlayStation Vita, will be available in the West on the Xbox One as well, not just Sony’s consoles. The publisher also told us when the launch days would be: in North America, it’s June 27, and in Europe, it’s June 30, respectively. The Vita version will not be getting a physical release, though.

There will also be a limited edition of the first manufactured copies. Dubbed the Vanargand Edition, the package will contain the game, a twelve-track soundtrack CD, and a 1.5″ Vanargand metal pin. The music was composed by Yasunori Mitsuda, who has worked on multiple games’ music (Chrono Trigger, Xeno titles, Inazuma Eleven – he also wrote music for Inazuma’s anime, too). In Europe, the pin will not be in the box.

Get ready to fight. 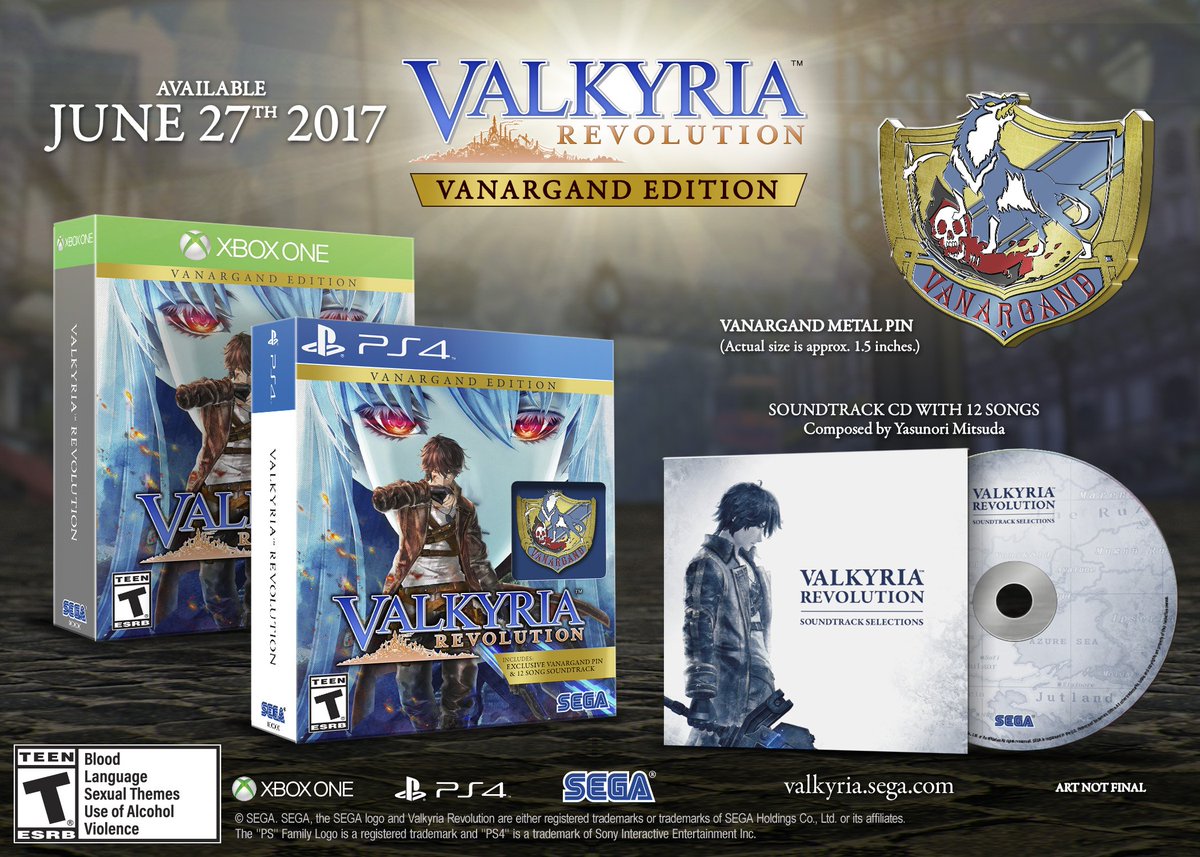