A Free Weekend For A Popular Game! [VIDEO] All three platforms (PlayStation 4, Xbox One, PC) will participate.

We’re talking about a popular title for once, as it managed to get over thirty million players in a year – it’s Blizzard‘s Overwatch. The developers have announced that aside from the Anniversary event, there will also be a free weekend, which will open up the entire game (all characters, maps, modes, ability to get loot boxes).

Refer to the image below to see when it starts for you – it will end on May 29: 11:59 pm PDT: May 30 2:59 am EDT/7am UK/8am CEST. Attention, you will need an active PlayStation Plus or Xbox Live Gold subscription to play!

Overwatch’s Game of the Year Edition has also been confirmed to launch on May 23. We don’t know its price yet, but the contents will be the following:

It will replace the Origins Edition, which is effectively the same package sans the loot boxes.

The Anniversary event will run between May 23 and June 12 – previously, we wrote about it as well. 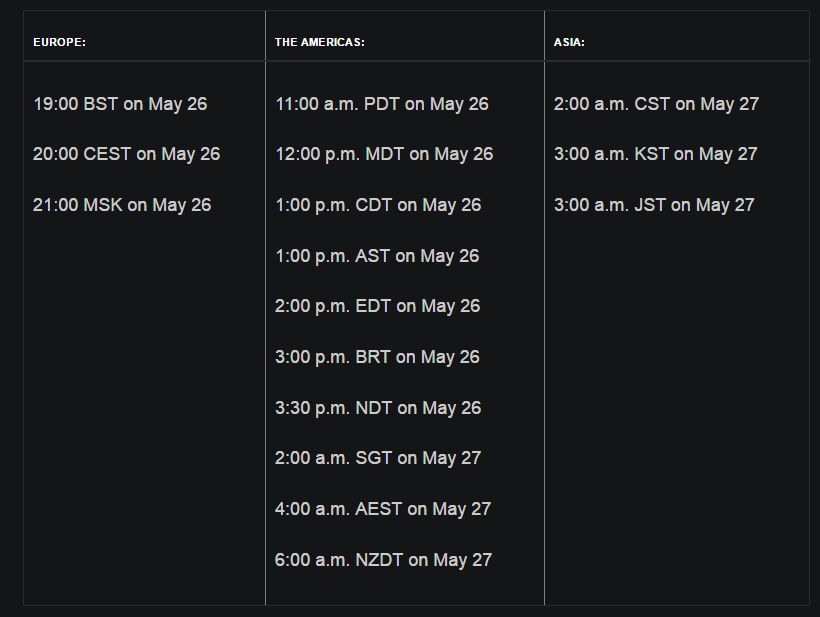