Rockstar announced a sweepstake, with four awards waiting for a winner.

Rockstar’s Social Club announced that a PlayStation 4 Pro, an Xbox One X, a Nintendo Switch, and a PC (all in L.A. Noire style) are waiting to be owned by a lucky winner. You can apply for them on the Events page. Between December 1-7, the Xbox One X is up for grabs, followed by the PlayStation 4 Pro (8-14), the Switch (15-21), and the PC (22-28), respectively. There are two limitations aside from having a Social Club account: you must be over 18 years old and be a legal resident of Austria, Belgium, Canada (excluding Quebec), Finland, Germany, India, Netherlands, Puerto Rico, South Korea, Spain, Switzerland, Ukraine, the United Kingdom, or the United States. Interesting, they included Ukraine, but not Hungary… at least you don’t have to own the game to participate.

On the same page, Rockstar announced that L.A. Noire: The VR Case Files, which was originally meant to launch simultaneously with the PS4/X1/Switch ports on November 14, will now be released on December 15. If you have an HTC Vive and a beefy PC nearby, you can now be a detective in virtual reality. 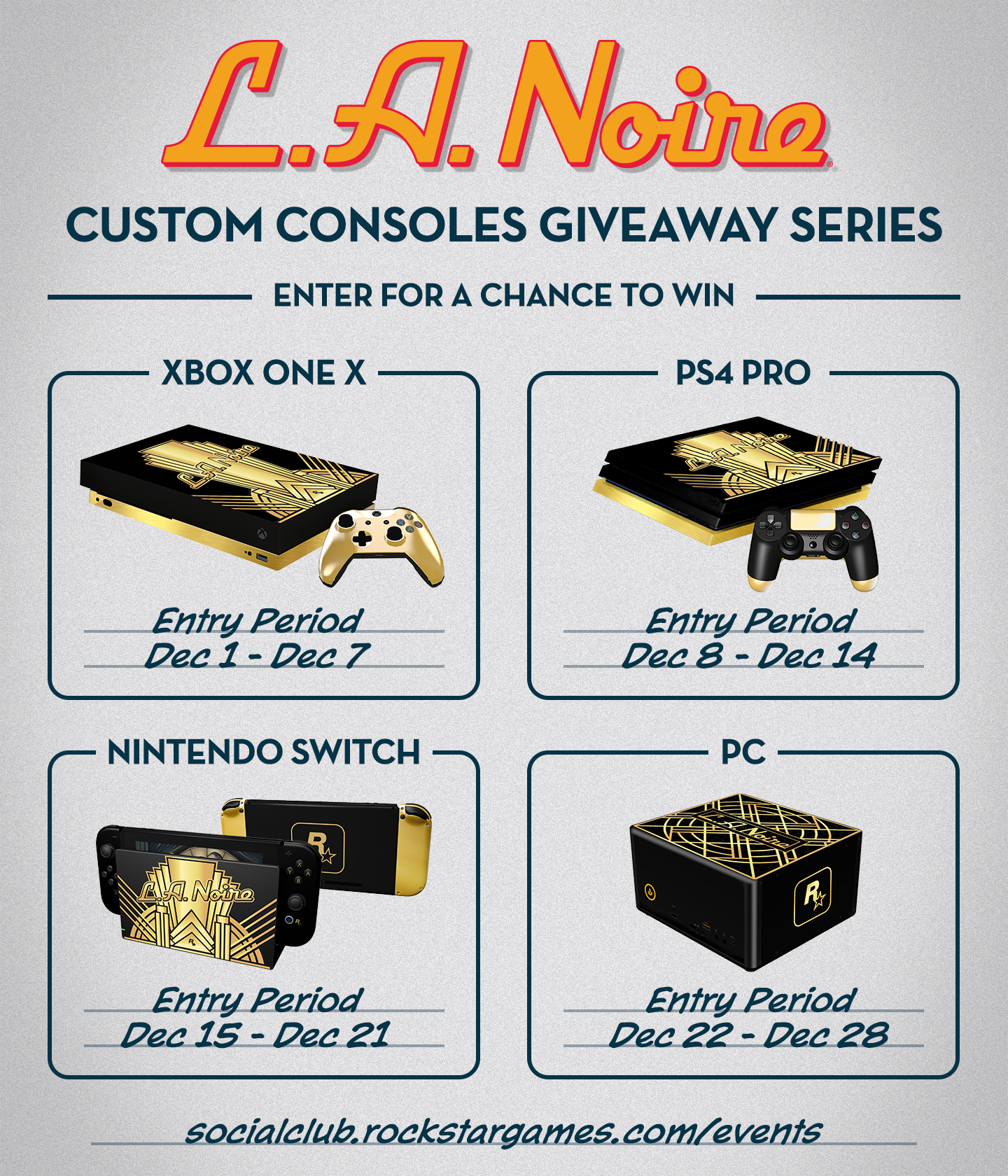