Fatshark announced how the team would tackle „Warhammer Left 4 Dead” in the next months.

The game launched on March 8 on PC, while the PlayStation 4 and Xbox One ports are in development. It quickly became one of the best-selling games on Steam. According to SteamSpy, Warhammer Vermintide 2 is already at 343 thousand sales, which is impressive.

Fatshark‘s announcement reveals that in April, Vermintide 2 is going to get a significant update. It will get its first DLC with two new maps, as well as the mod support and dedicated servers. The latter will improve matchmaking and stability, which are both depending on the players’ Internet connection in a peer-to-peer system.

The team plans to launch more DLC in the future, while keeping the gameplay balanced and tweaked, listening to the community’s feedback, including their forums, too. This approach is the best.

However, we have yet to see how much content will the console versions will have, and whether it will be on the same level as the PC original or not. If Fatshark can pull it off, we will not be disappointed! 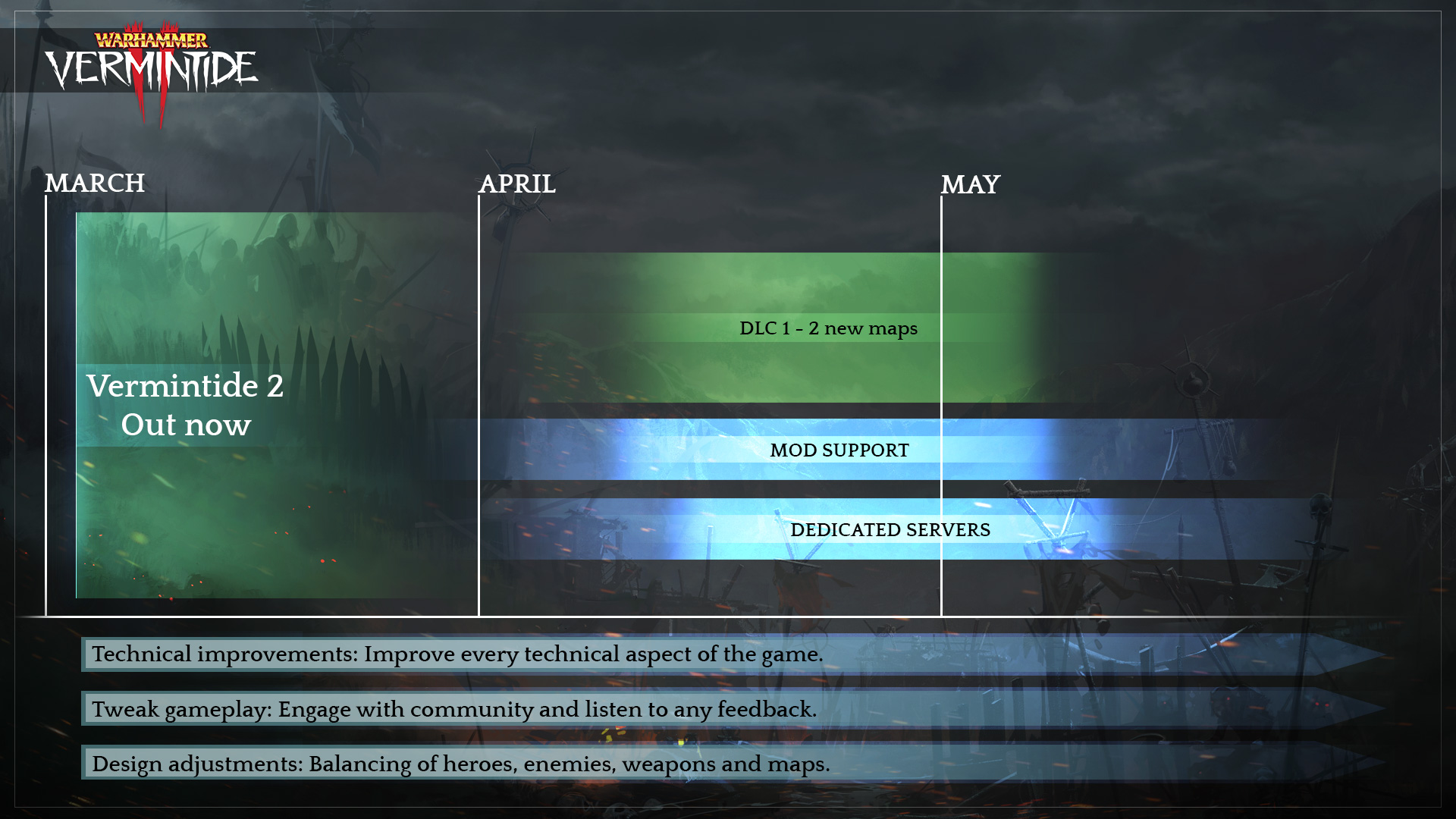