Resident Evil 2 Remake Will Have A Dynamic Difficulty Level Raccoon City’s challenge level will be partially dependant on our skills, too.

The dynamic difficulty was first used in Resident Evil 4: if we played well, enemies were harder to take down, and there were also fewer resources (like ammunition) than usual, and if we kept dying, things went the opposite direction.

Yoshiaki Hirabayashi, Resident Evil 2 Remake‘s producer, told VG247 that this system is going to come back, albeit in a modified version.

The developers want to make us feel in constant danger, regardless of the difficulty level, and thus, the remade Resident Evil 2 will be a challenging game to complete. As an example, he brought up the Police Station, the first significant location in the game: we can barricade the windows with planks to avoid zombies falling through those windows. If we don’t do it, they will enter the RCPD, and it will make us waste ammunition, which could have been used elsewhere.

Resident Evil 2 Remake will launch on January 25 on PlayStation 4, Xbox One, and PC. 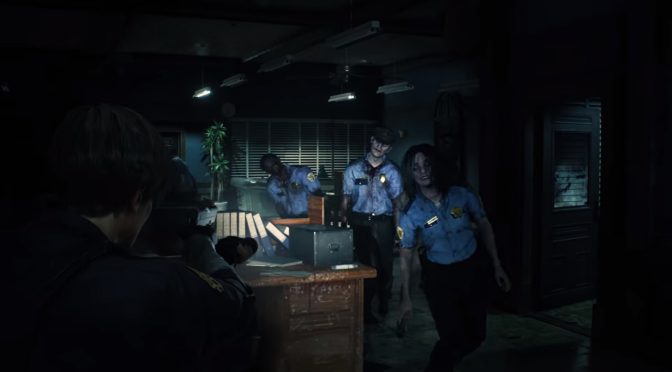