Guacamelee 2 – Put up your mask… again! REVIEW – Is it as fun and exciting to be a luchador again or does the sequel only walks in the shadow of the now classic predecessor?

Well, the answer is somewhere between the two. Guacamelee is one of my favourite metroidvania/2D games ever along with Hollow Knight. I completed it to 100% along with its DLCs on my PS Vita. Unfortunately, while Guacamelee 2 can be fun and addictive a lot of times, overall it feels like a step back compared to its amazing predecessor in multiple ways. It’s weaker but not just because of that, but because it also fails to improve and fix some of the first game’s problems after 5 years. 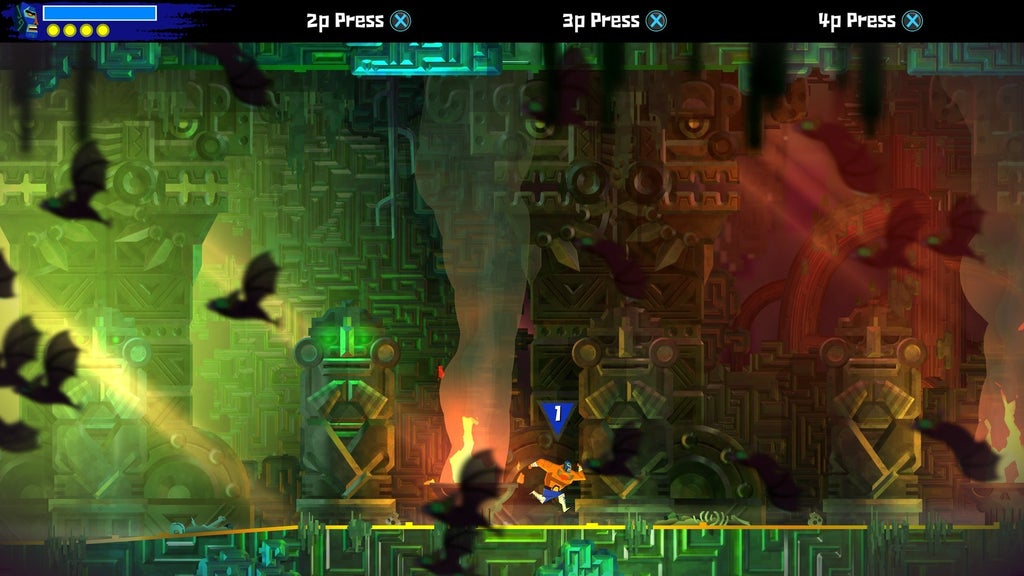 The new additions to the gameplay are all good. Powers, such as the Pollo Shot or the Eagle Hook are welcome additions that help the game to feel fresh even after a long period of time. The skill system was a great idea as well, the different skills manage to add another layer of depth to the combat.

I also have to mention how much I loved how the game handled some of its secrets, how great the Easter Eggs were, how self-reflective the game was. I liked when the game basically broke the fourth wall and I liked when it criticised modern gaming practices in a smart way. There are tons of cool hidden details overall in the game. I also loved many of the funny dialogues too. 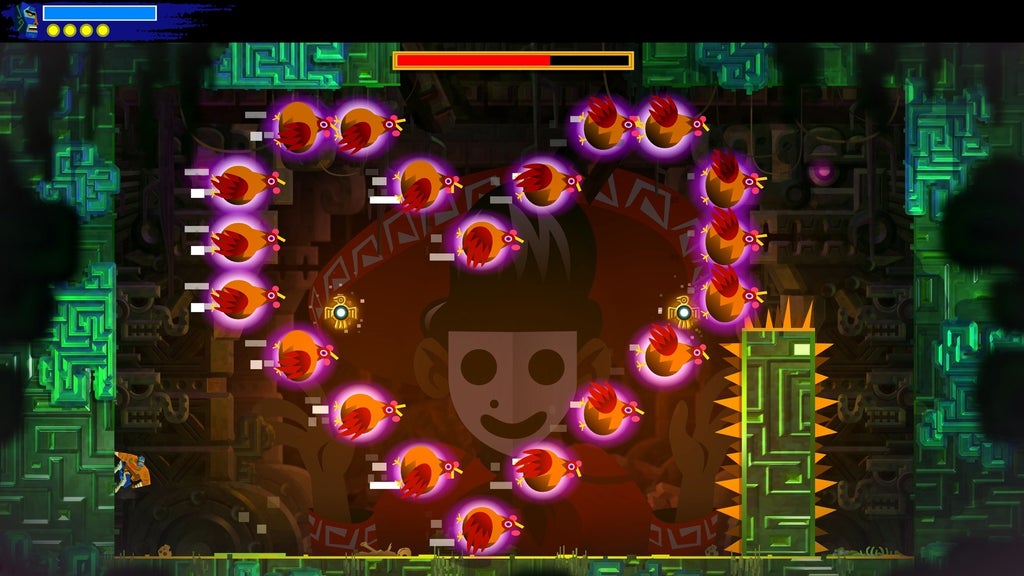 As for the gameplay, I had a lot of fun with the game when it worked. When the difficulty was just right – both in combat and platforming – and I was able to steadily progress forward. In these cases, Gucamelee 2 truly shined and got close to the quality level of the first.

The audiovisual design is very good here as well, similarly to the first title – at least for the most part. The areas feel fairly distinct and the soundtrack manages to enhance the atmosphere of the game.

Finally, the campaign takes 14 hours to complete to 100%, which is very good. It would be even good for a 60 dollar game if that’s varied and interesting enough, but it’s basically a steal for a game that is just 18 dollars. Even though it has its problems, it’s still very much worth buying. 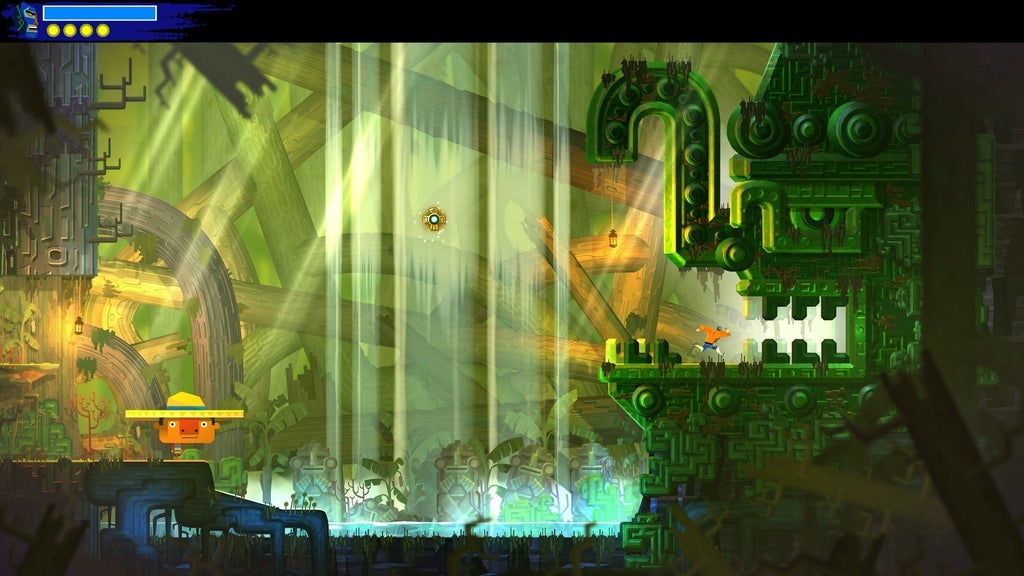 The game’s pacing is way worse than the first one’s. Mainly how it handles the introduction of new and old abilities, how frequently it ups and how it changes the difficulty of platforming sections, or how much it relies on backtracking.

Although the levels are more complex than in the first game, I still felt that I had a smaller sense of discovery, maybe because this game doesn’t rely as much on backtracking. I was able to pick most of the collectibles up without going back to previous places after I unlocked new abilities.

What made me quite angry is the fast travelling system. It’s illogical that I can only fast travel to talking stones and not to checkpoints (that are marked with a skull on the map). This is just an unnecessary barrier that makes exploring even harder and more tedious, it just serves as an artificial game time-extender. You need to spend a lot of time in order to get to a previously inaccessible hidden chest. 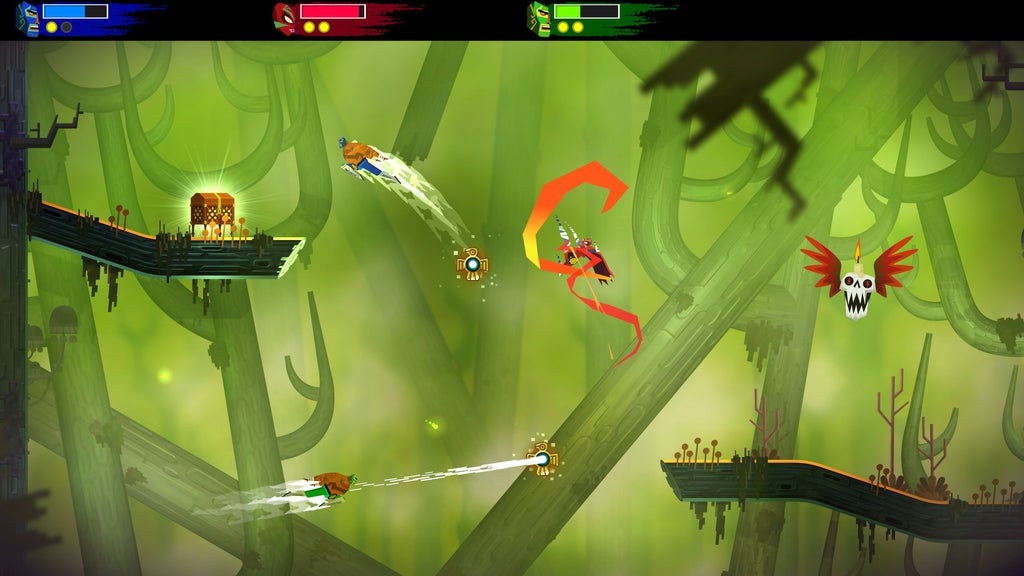 I’m not satisfied with the difficulty either. The difficulty curve just isn’t right. While I was able to complete the game to 100%, I almost always felt that the game was harder than it should be, mainly when it came to its platforming sections. Maybe because of that, the game a lot of times felt more frustrating and boring than fun. For example, the game throw complex platforming parts at me after 30 minutes of playing that I only saw in the first game after 10 hours of gameplay. There are a lot of platforming sections that simply feel bad and unbalanced – the best example is The Crucible that you have to beat in order to get the good ending, but before that, you also need to get 5 Special Keys to open The Crucible and those keys are tied to some annoying trials.

To add to the previous point, a lot of sections feel badly designed because of the controls. These have some problems. In the first game, it was possible to stick to a wall by holding Y/Triangle. This way it was easier to jump up between two horizontal walls. In the second game, you need to hold the stick to the wall’s direction in order to stay on it. It can be very problematic and confusing when you need to continuously jump up in a weird rhythm and avoid undodgeable traps. It can also be a big problem when you need to do things fast because this either slows you down or somehow makes it so the game won’t detect your next input (a good example is one of the Special Key challenges in which you need to kill the bombers before they explode). The chicken controls aren’t the best either, because the chicken is extremely sensitive/overly responsive. This problem really becomes obvious when you need to fly with the chicken between those green spikes in tight spaces.

By the way, sometimes it was hard to locate my character on the screen in combat-heavy scenarios and it made them cumbersome, but this is a minor complaint compared to the other ones. 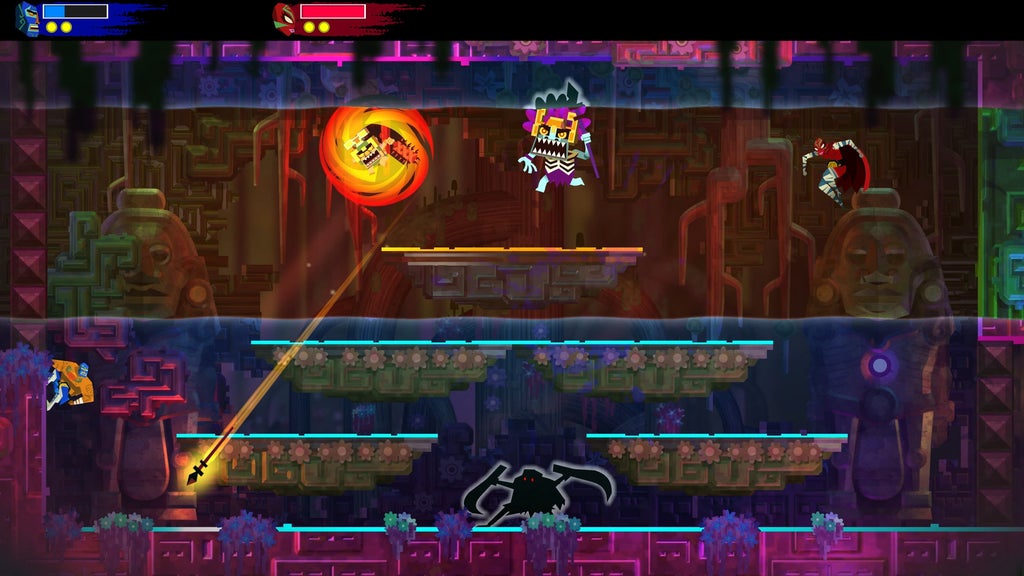 While Guacamelee 2 has some interesting additions, it still doesn’t really feel like a proper sequel. In roughly the first third of it, I was extremely bored – it just felt like a rehash of Guacamelee and overall a worse game. Everything I’ve seen there basically was already done and/or done better in Guacamelee previously – including different game mechanics, music, etc. After that, the game opens up and gets more interesting, but it never manages to fully capture the magic of the original.

+ What’s new is interesting and good
+ Self-reflective, it makes fun of modern gaming practices in a smart way, the Easter Eggs are great
+ When the difficulty and the pacing is just right, it can be a lot of fun

– Sometimes problematic and confusing controls
– The difficulty is uneven, a part of the platforming sections are not very well thought out
– Compared to the first game, the sense of discovery is much smaller

REVIEW - Is it as fun and exciting to be a luchador again or does the sequel only walks in the shadow of the now classic predecessor?   Well, the answer is somewhere between the two. Guacamelee is one of my favourite metroidvania/2D games ever along with Hollow Knight. I completed it to 100% along with its DLCs on my PS Vita. Unfortunately, while Guacamelee 2 can be fun and addictive a lot of times, overall it feels like a step back compared to its amazing predecessor in multiple ways. It's weaker but not just because of that, but because…
Guacamelee 2 – Put up your mask… again!
Guacamelee 2 – Put up your mask… again!
DaemonX
Guacamelee 2 is a fun and good game that has its interesting additions. However, it doesn't feel like a full sequel and in multiple ways, it rather feels like a step back compared to its predecessor.

Guacamelee 2 is a fun and good game that has its interesting additions. However, it doesn't feel like a full sequel and in multiple ways, it rather feels like a step back compared to its predecessor.