Game of Thrones Star to Be the Next James Bond? MOVIE NEWS – Game of Thrones actor Richard Madden is rumoured to be number one on Barbara Broccoli’s list to become James Bond in the next movie. Daniel Craig will remain 007 in the upcoming Bond 25. However, the fans are already looking towards the next actor who will play the iconic character. Idris Elba was the leading contender in rumours that went around for months, but we’ve also heard about Henry Cavill and Tom Hardy playing the famous role. Also, while this is looking pretty far into the future, there’s a source who claims to be close to Broccoli states that Madden is the man for the job.

Richard Madden acted Robb Stark in HBO’s Game of Thrones, and he was killed off during the Red Wedding Massacre in Season 3. However, now, it looks like Madden could join the James Bond franchise. “It’s seriously looking like he (Madden) is going to get the job,” told an anonymous source. This unnamed source went on to say that Madden is on the top of Barbara Broccoli’s list and that “she is preparing to offer the role.” That is all pretty interesting, but we still have to take this as a rumour for now since the news is coming from an unnamed source.

James Bond producer Barbara Broccoli recently spoke on the gossip that a woman could be the next Bond, stating that she can’t see that happening. Broccoli held firm that the character is a male and that there can be other stories written for strong female characters, but not James Bond, which was comforting news for fans who were worried about that sort of thing happening. However, the producer did say that she could see a woman taking over the directorial duties shortly.

Bond 25 is getting ready to begin production after Danny Boyle left the project. Cary Fukunaga is set to direct the film, which has since been delayed, due to the director shakeup. It’s believed that production will start in March of 2019, instead of December of this year. Producers Michael G. Wilson and Barbara Broccoli met with numerous directors, and they’re excited to work with Fukunaga, who is best-known for the first season of HBO’s True Detective and most recently, Netflix’s Maniac, which stars Emma Stone and Jonah Hill.

Richard Madden is looking the part for the role of James Bond, but it remains unclear if he will take on the role. With that being said, he’s not exactly a big name actor, especially compared to the other actors who have been rumoured to play the part. Barbara Broccoli will let the world know when the time is right. For now, let’s just hope that the production of Bond 25 goes nice and smooth. This news was first reported by The Sun U.K. 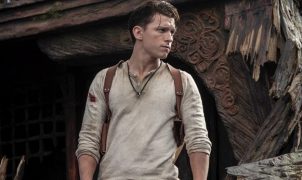