The newest adventures of Travis Touchdown, the protagonist of the No More Heroes series, haven’t been exclusive to the Nintendo Switch for long (the game came out in January) – we’ll get to play them on two other platforms!

Grasshopper Manufacture announced at the MomoCon that a Travis Strikes Again: No More Heroes are going to be available on PlayStation 4 and PC. (We have to point out that the game will show up on Steam on PC – the image clearly displays its logo!)

This is a surprising twist. Goichi Suda, who you may know much better as Suda51, has never worked on porting either game of No More Heroes to the PC! The action-adventure, hack’n’slash series’ first title launched in 2008 in the West on the Nintendo Wii. Its PlayStation 3 and Xbox 360 port – under the name No More Heroes: Heroes’ Paradise – followed in 2011, a whole YEAR after the Japanese original launch. The PS3 version supported the PlayStation Move controller, which was hyped a lot back in the day. The first No More Heroes game (without any blood in Europe) was followed by No More Heroes 2: Desperate Struggle two years later on the Wii, in 2010. (Initially, Europe was supposed to get a mild, bloodless, and a violent version. The latter version was launched, the former got scrapped.)

Travis Strike Again: No More Heroes is not meant to be No More Heroes 3! Previously, Suda51 said – and we wrote about it – that this game has to sell well to enable him working on the true third game. The PlayStation 4 and PC ports will boost the sales, no doubt. But when will these launch? And will Grasshopper Manufacture, Suda51‘s studio, port these? Seeing the PlayStation 4 announcement, we might find out more on the next State of Play. 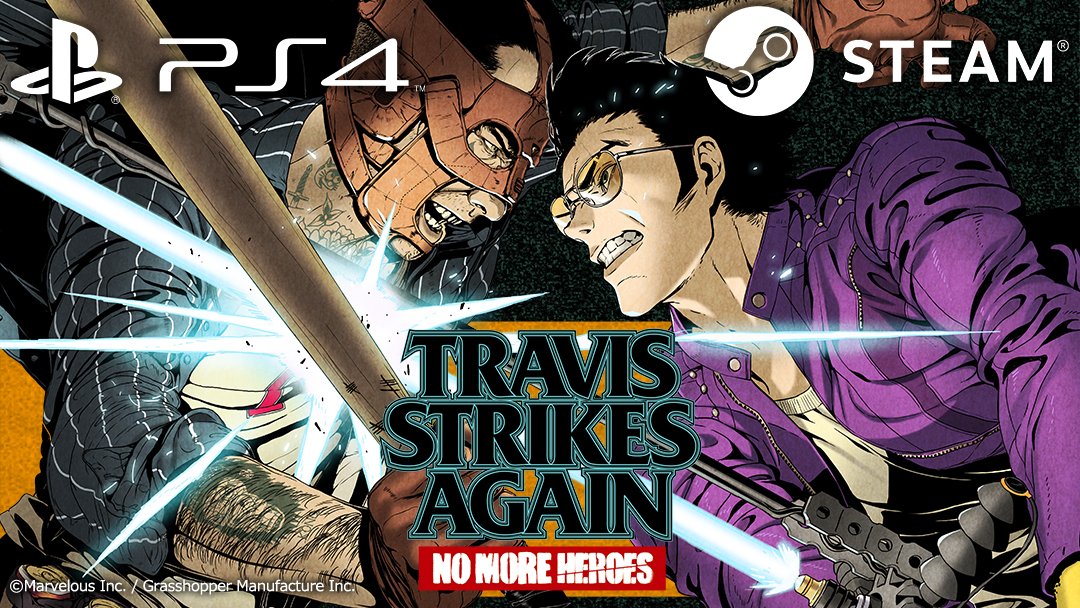