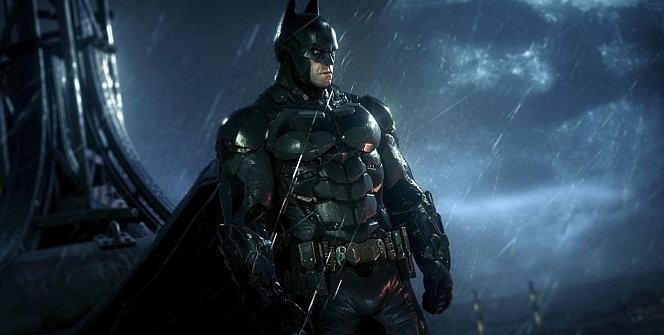 It’s been four years since Batman: Arkham Knight came out on PlayStation 4, Xbox One, and PC. Now, we can expect the next instalment for a good reason, even if Warner has not announced it yet.

We have written about multiple rumours regarding Rocksteady and their next project. They have been the developers of the Batman: Arkham series, with the exception of Origins, which was made by Warner’s Montreal studio. (And regarding them, we already wrote about how they are likely working on a new Batman game themselves.) Now, the interesting thing is that the voice of Batman in the games has expressed interest in giving one of the superheroes of the DC Universe a voice once again.

Kevin Conroy, the voice of Batman, responded on Twitter to Rocksteady‘s post, which happened to celebrate the fourth anniversary of Batman: Arkham Knight. Conroy wrote the following: „But why stop there?!!” – it could be nothing more than playing with us (otherwise, how else could we approach Rocksteady’s silence?), but let’s give him the benefit of the doubt, and he might actually not have a clue about what the devs are up to at the moment.

Rocksteady has to work on a game right now: in 2018, they skipped E3, and they have done the same thing this year as well, and the dev teams tend to do it when they need time to work on their next project. (And recently, we wrote about how a new Need For Speed is coming this year, but it wasn’t planned to be shown at E3 – same situation.)

At one point, they’ll get to either reveal the game themselves, or Warner makes them announce their next project. It might even be a Superman game. It’s likely going to be a next-gen launch title at this point.