Instead, BioWare is concentrating on improving the gameplay, meaning there will only be smaller updates for Anthem game that didn’t have success at its launch.

When BioWare talked about the post-launch plans, they revealed that they have three Acts planned for Anthem. The first one would have come in March, followed by the Cataclysm in it around April or May. It only arrived in August. We can now forget the other two acts, as BioWare will not update Anthem in this approach anymore! (It makes sense if you think about it – Cataclysm itself was almost half a year behind…)

„We hear your concerns on core issues in Anthem and are acting on it. Those systems require a more thorough review and re-working versus quick fixes. We’ve got a team working on that now, and early results are promising. To address these long-range plans, we are moving away from the Acts structure for updates. Instead, we have additional seasonal updates planned for this year that we think players will enjoy. These events will deliver challenges and chases similar to what you’ve seen, and are built around some fun themes we’re bringing to the game,” Chad Robertson, the head of live service updates for Anthem, wrote in a blog post. We’d add one thought: the „you’ve seen” part means that BioWare is likely rehashing content that might not be good for the short term.

However, if they go for the long run, a relaunch could work – back in the day, the original Final Fantasy XIV has flopped, but its A Realm Reborn version ended up a success that continues even today. No Man’s Sky also promised a lot but giving nothing in its vanilla version. Since then, Sean Murray and his team (Hello Games) continued to update the game with free updates, and since then, No Man’s Sky became a respectable example of not giving up development. Maybe Anthem can pull it off, too. 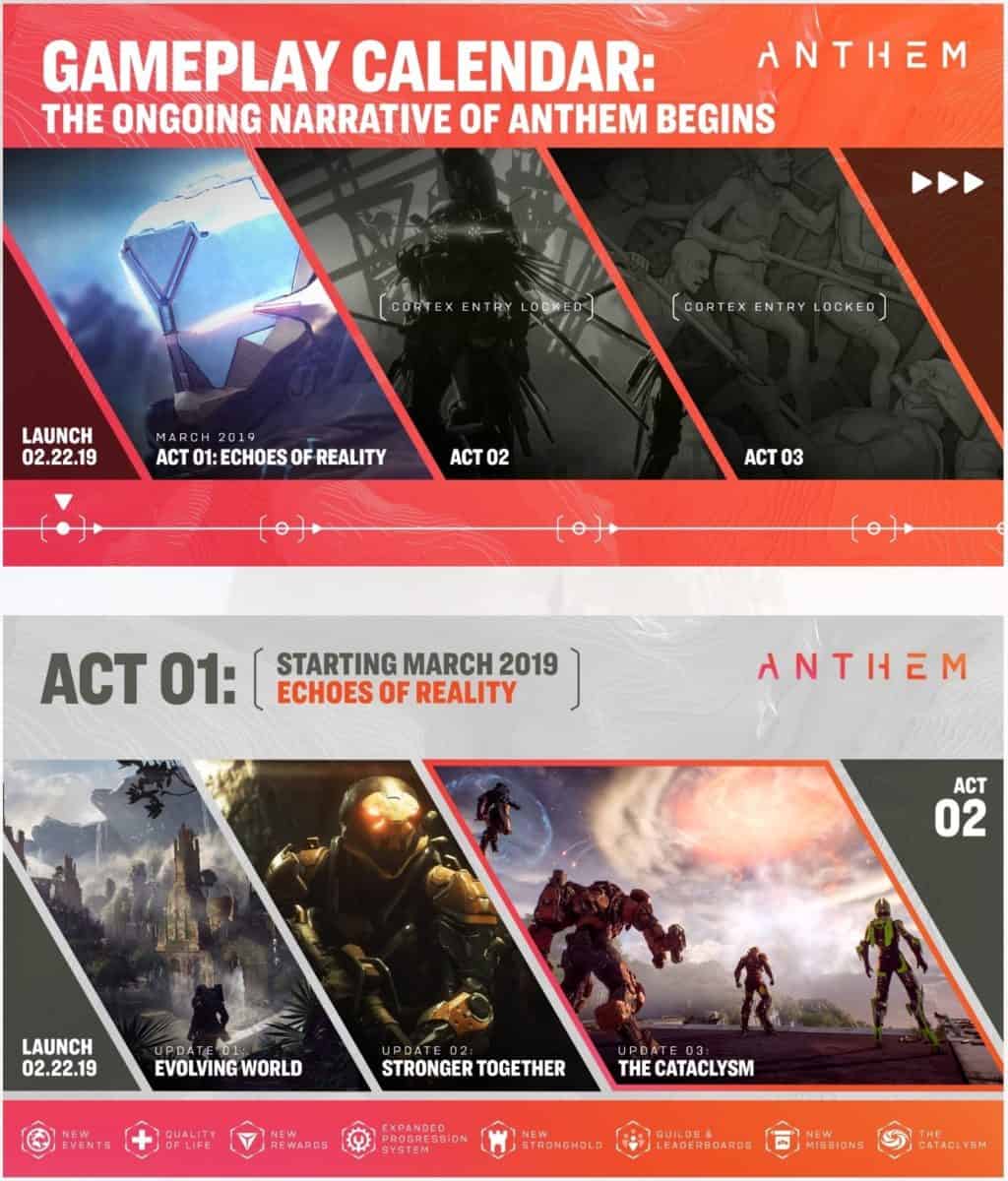