Narcos: Rise of the Cartels – Notflix REVIEW – Narcos: Rise of the Cartels isn’t recommended for those who enjoy the Netflix series, as it’s yet another example of a shameless, soulless cash grab, so I could call it anything but a recommended title.

It’s not even helped by the XCOM-like, tactical gameplay. 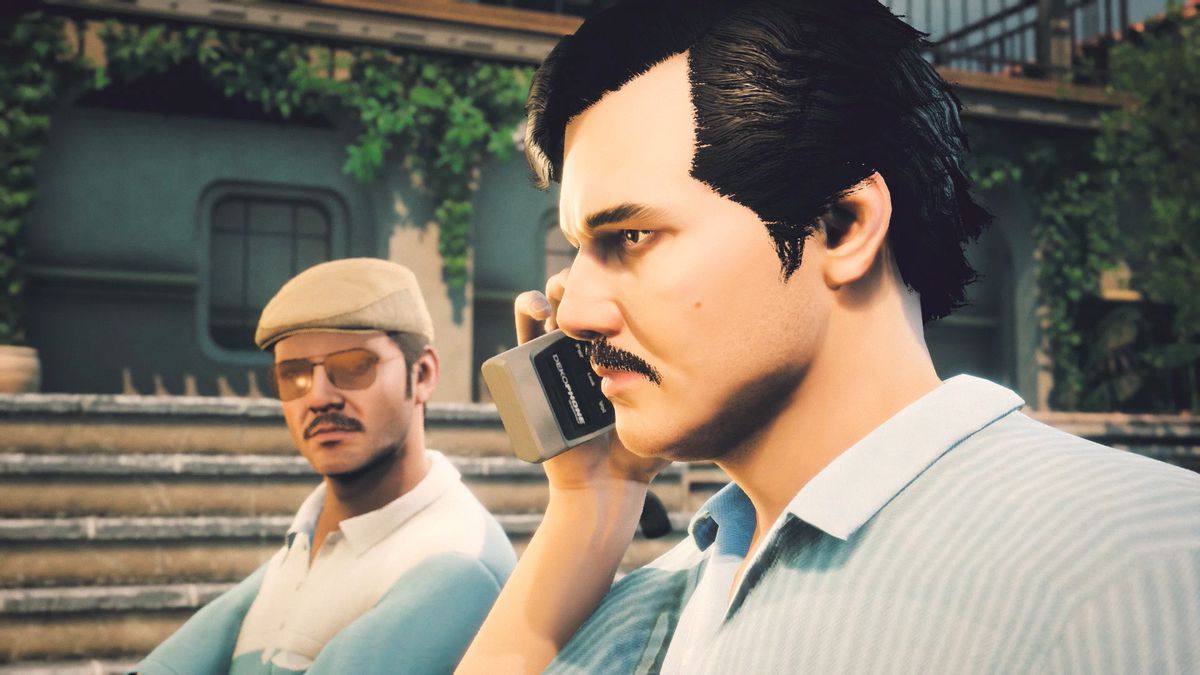 This iconic question is by Pablo Escobar – silver or lead? is how it can be translated into English, and it was aimed at the soldiers. I’d rather get myself shot, but that is subjective, although you will feel similarly if you a) you enjoy the series based around the story of the drug baron, b) like the XCOM-style gameplay, or c) enjoy both aforementioned things, or d), we’re talking about myself (holding up an SOS sign). Let’s start by the fact that you can’t give an order to all your team members in a turn, as that would be too easy. Nope, instead, you get to do that with ONE character. It shoots the gameplay in the head hard, as you’re often going to find yourself using a single character for most missions, while the rest of the team is left behind at their starting point, which is anything but fun or ambient.

It’s even worse if – and I hate this type of mission in other games like FPSes – it’s an escort mission and you have to defend someone. It’s really good that they are also involved, and imagine the fun you can have while you try to get rid of some enemies with your character, while the VIP guy, who happens to have no weapon or anything, gets flanked and killed. What a sick joke and this solo approach ruins everything, even though there are some good ideas in the game… such as the character progression, as you can get skills and passive skills by levelling up, helping your gameplay somewhat. With Chain Reaction, each character in your proximity gets a movement point to spend after the character you just used ended the turn – thankfully, it’s a passive thing, meaning you can manoeuvre even more. Instruct swaps this out to an action point.

Then, if you don’t use each move possible when you end your turn, you get half a counteract point per move, and you can spend a move to attack an enemy in the distance, which depends per character type, allowing some defensive gameplay. The other interesting thing is that you get to control your character when you have to say, kill an enemy. You get the red crosshairs that you have to line up with the moving enemy, and you get to pull the trigger, too. The killshot system uses a similar approach, but it kicks in only if your enemy has a single HP piece left. With these, the RNG factor is thrown out the window, meaning your enemy isn’t missed when your character is in front of it. (XCOM: Enemy Unknown. XCOM 2. Both had this.)

There are two campaigns in Narcos: Rise of the Cartels. One is for DEA, and the other is for the Medellin cartel, covering the events of the first season. There’s no point to play through both of them, as only the cutscenes differ. Even the character types are the same, they just get a new name and coat of paint. 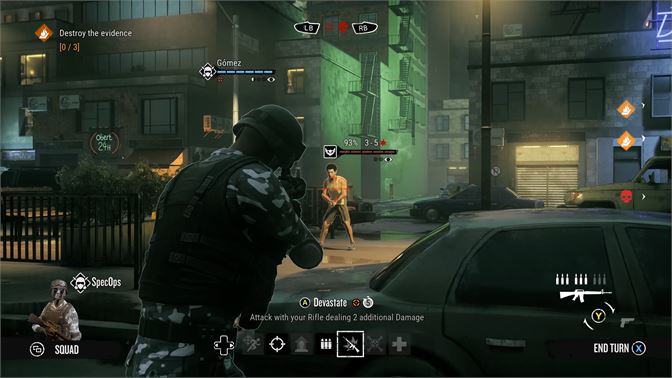 The issues continue with artificial intelligence being ridiculously stupid. So if they are better in terms of quantity, then they still don’t get to screw the player over, who in turn can abuse their artificial lack of intelligence, which manages to improve from the level of birdshit a bit when you get to do an escort mission, as then, they will ALL try to kill that guy, which could affect your blood pressure levels. Other times, they cannot seem to notice you, or they throw a hapless enemy your way, which is somewhat retarded if you ask me. Meanwhile, doing sidequests is NECESSARY, as you can’t get past without doing some of them.

Sure, you get money out of them that you can spend on hiring more team members and upgrading their skills, but even if the game says you should swap them around, don’t listen to it, as you can easily get through your beginning team of five, lest they die. (The escort crap could be another thing.) Healing them won’t be expensive either. The game managed to be easy despite limiting you in every conceivable way, which sounds chaotic, making all the more WTF? reactions.

The reason why Narcos: Rise of the Cartels gets away with a 4.5 is that the game isn’t unplayable, but it’s ridiculously boring, stupid, slow, tiresome, and repetitive, without any depth. So if you learn the basics, you’ll storm through it fairly quickly (the counteract and the quickshot are useful), thanks to the lack of AI. If you like the Netflix series, stay far away from it. I don’t recommend it. Don’t spend thirty dollars on it. (I’d be willing to bet money on this game entirely disappearing from Steam due to licensing garbage in a couple of years!) Go watch the cutscenes and YouTube, as you won’t need to play the game through twice. Spending 12 hours with this game is unnecessary. Kuju could have been better off if they made a TPS out of this IP, but seeing their development history, it wouldn’t have been better.

– ONE character per turn?
– Dumb, short
– No difference between the campaigns

Narcos: Rise of the Cartels

This cartel died in the Atlantic Ocean.

User Rating: Be the first one !
Spread the love
Tagged Curve DigitalKujuNarcos: Rise of the Cartels REVIEWPablo EscobarPCPlayStation 4Xbox One