We don’t know when Microsoft‘s new console will exactly launch, but we might have received a potential day.

Both the Xbox Series X and the PlayStation 5 have „this Holiday season” as their respective tentative release window. During the Inside Xbox broadcast, SEGA and Ryu Ga Gotoku Studio (the devs of the Yakuza series) announced that Yakuza: Like a Dragon (which launched in Japan on PlayStation 4 with the number 7 in its title, confirming its a main instalment in the series…) will get an Xbox Series X version as a launch title, making it a multiplatform game (which turned slightly more RPG-ish), as we have a Steam listing, where SEGA still hasn’t learned its lesson, adding Denuvo to the PC port.

VPD, a Finnish retailer, has the game listed on its website, which would be fine, except they have done so with box art and a release day. The box art seems to follow the recent trends – Xbox in the header, Xbox Series X optimisation logo in the top right, Smart Delivery, meaning the Xbox One will also get the game featuring Ichiban Kasuga.

WCCFTech reports that VPD only puts up titles for pre-order if they have received release date information by the publisher (in our case, that would be SEGA). October 23, eh? That falls on a Friday. When did the Xbox One launch? November 22, 2013. On a Friday. (Even the PlayStation 4 arrived on a Friday – North America got it on November 15, and Europe followed on November 29.)

So it doesn’t look like a placeholder date to us. Today, we already mentioned that a job listing mentioned the PlayStation 5 would also arrive in October. Since then, Sony has denied that. It looks like Microsoft and Sony want the other company to make the first move… 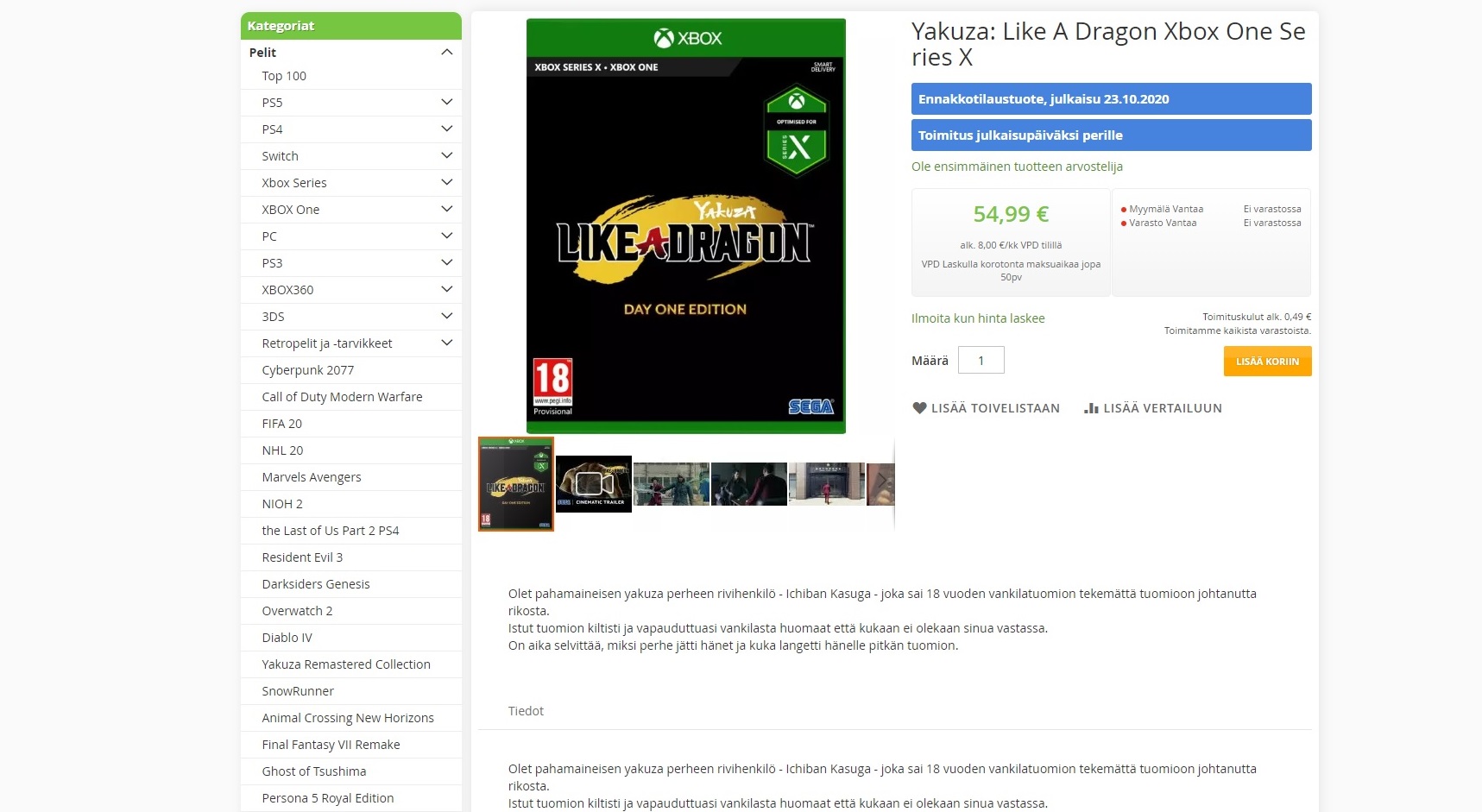