The president and CEO of Sony Interactive Entertainment revealed several things in a lengthy interview with Gamesindustry.

What about the console’s launch? „We are going to launch this holiday and we’re going to launch globally. We’re looking forward to it and it’s going to be a blast. Currently, we are not observing anything that tells us that there will be problems with the quantity or that we will not be able to launch the PlayStation 5 the way we want,” Ryan said. So he does want a global launch. That did not happen with the PlayStation 4: Japan had to wait until 2014, while North America and Europe got the PS4 in November 2013…

Let’s see what he had to say about the marketing and the strategy. „We just have to come up with ways to communicate what we’re doing and try and engender the same level of adrenaline, excitement, buzz that we get with thousands of people in an auditorium in Los Angeles. And do that somehow remotely. That’s the challenge I’ve set the teams: try to get that community, the 100 million people — and all of the people who don’t have a PlayStation we’d like to talk to — just as excited as if they were in the E3 auditorium, or if they were watching the stream,” Ryan said, referring to the coronavirus cancelling all significant physical events this year.

He also explained that it’s time to give fans experiences that they can only see on the PlayStation 5 and not on previous console generations. „We have always said that we believe in generations. We believe that when you go to all the trouble of creating a next-gen console, it should include features and benefits that the previous generation does not include. And that, in our view, people should make games that can make the most of those features. We do believe in generations, and whether it’s the DualSense controller, whether it’s the 3D audio, whether it’s the multiple ways that the SSD can be used… we are thinking that it is time to give the PlayStation community something new, something different, that can only be enjoyed on the PlayStation 5,” he said. It’s funny coming from Ryan, who previously told GameSpot that backwards compatibility is a function not a lot of people use!

And finally, the pricing strategy: „Recent history has told us that gaming is one of the pastimes and one of the businesses, that benefits in economically difficult times. It’s quite logical, people don’t have the money to go out so they stay at home. Now, who knows how this recession is going to look, how deep it will be and how long it will last. It could be that the historic templates, the historic models, that have applied in the past may not apply in the future.

I think the best way that we can address this is by providing the best possible value proposition that we can. I don’t necessarily mean the lowest price. Value is a combination of many things. In our area it means games, it means several games, depth of games, breadth of games, quality of games, price of games… all of these things and how they avail themselves of the feature set of the platform,” Ryan added. So the console might cost more than the Xbox Series X…

The PlayStation 5 will launch this Holiday season. The pricing is yet to be revealed. 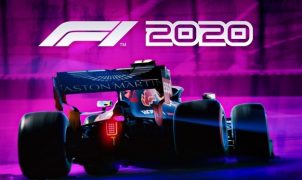 How Did The Watch Dogs…