Microsoft Flight Simulator: The Physical Edition Will Resemble The Past In the past, it was common to see a game being released on multiple floppy disks. Later, the CD-ROMs needed one, two, three, or more, while the games’ respective DVD version (such as Unreal Tournament) needed just a single disc. Now, Blu-ray discs provide more space, but the PCs either have no Blu-ray drive, or no optical drive altogether, with Windows being installed from a pendrive, and the rest downloaded from the Internet.

Aerosoft is behind the physical version of the game, and it’s worth considering it, as the game box will also include a manual on top of the DVDs. (Grand Theft Auto V’s physical version also had seven DVDs…) You’ll need time to install the game, though. The 10 DVDs equal 85 GB of data, which is less than what Microsoft says is needed (150 gigs).

The simulator code won’t be that much, „the world and aircraft delivered by Microsoft” will need around 90GB. The discs will also have a variety of optional content including third-party files and „optional online streamed content.”

You will need an Internet connection, though. The updates will come from Microsoft’s servers. The game also relied on the cloud. „This is very much a simulator that depends on the cloud if you want to use it to its full potential, so the boxed version makes it possible for people on a slower internet connection to get the sim installed without downloading the ‘content’,” an Aerosoft spokesperson wrote.

Microsoft Flight Simulator’s closed beta starts on July 30, and the game will be available for everyone from August 18. 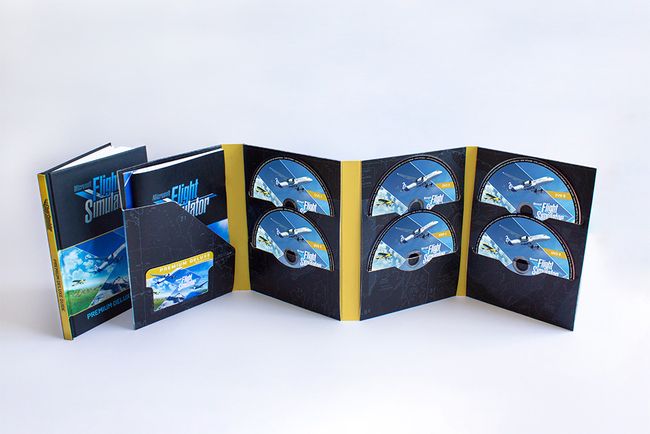