In July, several Twitter accounts got hacked. To name a few: Elon Musk, Bill Gates, Barack Obama, Apple, and Uber. Here’s below an example of the tweets that were on the hacked accounts.

The Hillsborough State Attorney’s Office said that an investigation involving the FBI, the IRS, the Secret Service, the US Attorney’s Office for the Northern District of California, and Florida law enforcement agencies worked together to arrest the alleged „mastermind.”

The 17-year-old reportedly pulled more than 100 thousand dollars in one day. „These crimes were perpetrated using the names of famous people and celebrities, but they’re not the primary victims here. This ‘Bit-Con’ was designed to steal money from regular Americans from all over the country, including here in Florida. This massive fraud was orchestrated right here in our backyard, and we will not stand for that,” State Attorney Andrew H Warren said. The suspect is now facing 30 felony charges, including Organized Fraud (Over $50,000) – 1 count, Communications Fraud (Over $300) – 17 counts, Fraudulent Use of Personal Information (Over $100,000 or 30 or more victims) – 1 count, Fraudulent Use of Personal Information – 10 counts, Access Computer or Electronic Device Without Authority (Scheme to Defraud) – 1 count.

However, the attorney’s office says the stolen money might not be recoverable, „as a cryptocurrency, Bitcoin is difficult to track and recover if stolen in a scam.” That doesn’t sound that good. „Working together, we will hold this defendant accountable. Scamming people out of their hard-earned money is always wrong. Whether you’re taking advantage of someone in person or on the internet, trying to steal their cash or their cryptocurrency—it’s a fraud, it’s illegal, and you won’t get away with it,” Warren added.

Shortly after the 17-year-old’s apprehension, three more arrests were announced – aside from a juvenile who cannot be named, the other two people are the 19-year-old Mason „Chaewon” Sheppard of Bognor Regis in the UK and the 22-year-old Nima „Rolex” Fazeli of Orlando, Florida. Twitter said in a blog post that the security incident happened via a „phone spear-phishing attack,” targeting its employees, giving hackers access to the social media site’s account support tools, which were used to post the scam tweets from 45 different accounts. The site also forced to block tweets from all verified accounts for several hours to halt the hack. „This attack relied on a significant and concerted attempt to mislead certain employees and exploit human vulnerabilities to gain access to our internal systems. This was a striking reminder of how important each person on our team is in protecting our service. We take that responsibility seriously and everyone at Twitter is committed to keeping your information safe,” Twitter said, adding that the access to these tools has been „significantly limited,” and it „impacted” some features and means that Twitter will be slower to respond to account support requests and abusive tweet reports. 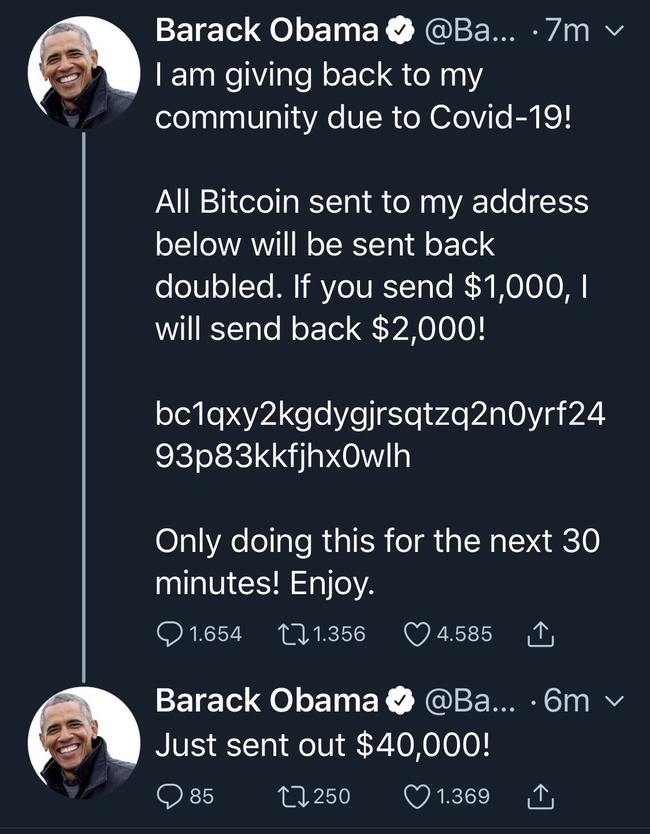