Another Loss Around GTA – Lazlow Jones Has Left Rockstar He’s the newest of the company’s heavy losses – the creative minds that make the GTA series great leave Rockstar there in a row.

Over the past few years, Rockstar has undergone a large-scale internal transformation that has seen the departure of several of its key players, including Leslie Benzies and Dan Houser. Well, now it’s the turn of Lazlow Jones, who was a producer and voice actor in the Grand Theft Auto saga, but also a director and writer for several Rockstar franchises.

The developer left the company in April. 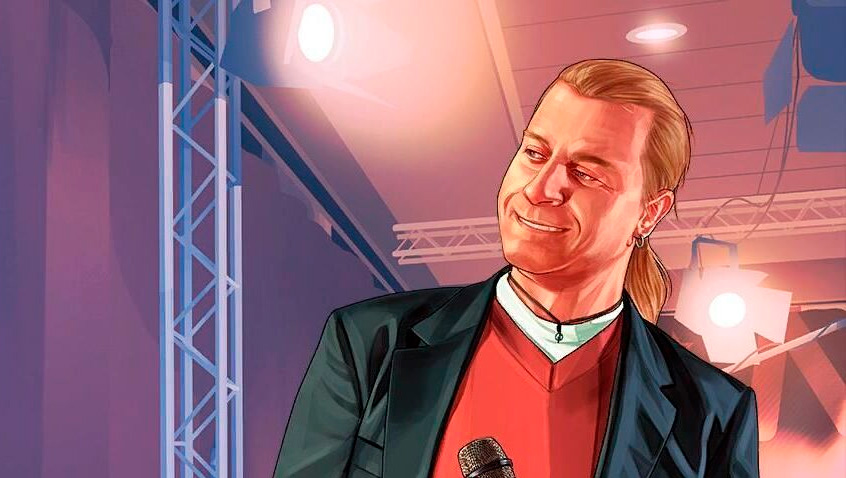 Judging by Jones’ LinkedIn profile, the developer left the company in April after a 19-year career and now serves as a consultant for an unspecified video game company, as well as a show producer for Disney and Netflix, and as a collaborator of other projects.

If the name sounds familiar, it’s because apart from his role as a developer, Lazlow Jones lent his voice to the host of the same name who hosted satirical radio shows for various instalments of the Grand Theft Auto saga.

“For almost 20 years, I have worked at Rockstar Games as a director, producer and screenwriter on historic franchises such as Grand Theft Auto, Red Dead Redemption, Bully, Max Payne, Midnight Club and more,” quotes a long column on Jones’ profile. “I was co-chair of the Rockstar Games production department and was responsible for creating audio and video content, working directly with and for Dan Houser, Rockstar’s co-founder and creative director.”

As we mentioned before, other iconic figures from the studio have left Rockstar in recent years, starting with Leslie Benzies, who left in 2016 amid much controversy and a legal battle; and Dan Houser, who left in March, around the same time as Jones. Thus, of the emblematic names of the study, only the co-founder Sam Houser remains.

Meanwhile, Grand Theft Auto V continues to sell as if it were a new release, despite having been on the market for 7 years and, in fact, it will have a relaunch for next-generation consoles. We won’t know what the impact of these organizational changes is until the eventual release of GTA VI, which one would expect was several years in the making, although Rockstar acknowledged in the past that with the current socio-political climate, it will be a more difficult project to write.