Cyberpunk 2077: Xbox One Gameplay; Will Be Big On PlayStation 4 [VIDEO] CD Projekt RED‘s game won’t fit into 20-30 gigabytes… the first-person RPG developed by this Polish team will require far more than that.

On Twitter, the PlayStation 4 physical version of Cyberpunk 2077 was posted. How did it happen? The answer is quite simple: the PlayStation 4, Xbox One, PC physical copies of the game were started to be manufactured before it got delayed once again, which is why we are afraid that the day-1 patch is going to be incredibly big. We suspect that it’s going to weight at least 30 gigabytes to make the game up-to-date.

But back to the physical copy of the PlayStation 4 version of Cyberpunk 2077: the image confirms that the game will come on two Blu-ray discs, and no, the Xbox One version isn’t smaller either (it also needs two discs). The game will require about 70 GB of free space, which falls in line what the PC version will require as a minimum. The physical edition of the game will also have a World Compendium, some stickers, postcards, the game’s map, and some access to digital content.

Before the November 19 Night City Wire, which we recently discussed, CD Projekt RED surprised everyone by published ten minutes of gameplay for the Xbox One version of Cyberpunk 2077. It runs on Xbox One X and Xbox Series X (via the console’s backwards compatibility, as the true next-gen version is nowhere in sight yet). The Poles say the PlayStation 4 version will be showcased at a later date.

Cyberpunk 2077 will launch on December 10 on PlayStation 4, Xbox One, Google Stadia, and PC. The PlayStation 5 and Xbox Series version (as a free upgrade, no less) will come at a later, unannounced date. 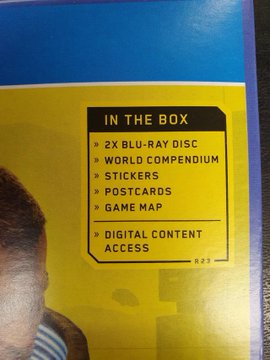 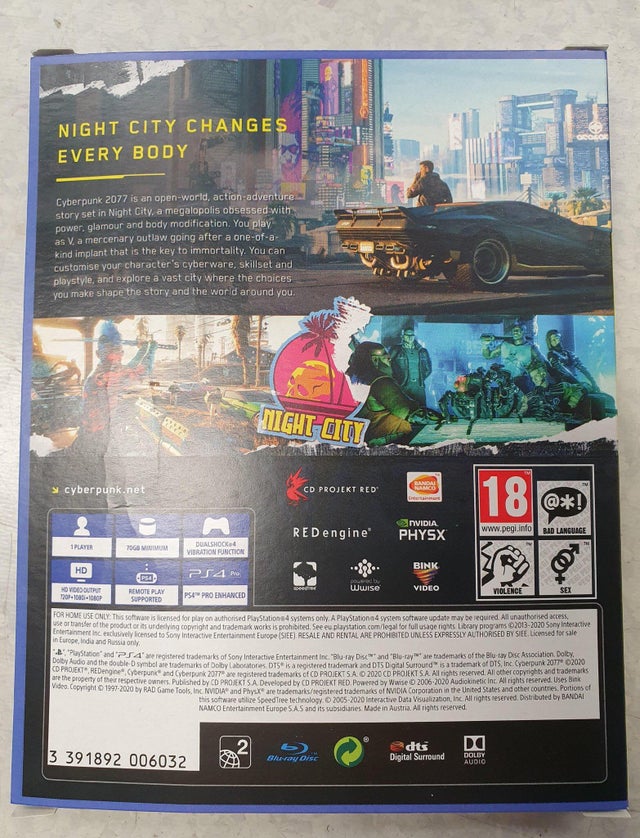