TECH NEWS – If the US Senate passes the bill (and if it gets signed by the president, too), then the country would allocate thirty million dollars to Hong Kong to help it get across the great Chinese firewall.

In short, this firewall blocks access to many pages (without using tricks, such as a VPN) that go against the narrative set by the Chinese Communist Party, including many web pages most of us use (Google, YouTube, Facebook, Twitter). And Hong Kong is slowly but steadily gets taken over by China. Earlier this year, Hong Kong’s ISPs blocked access to two websites, which came after American companies operating in the city stopped reviewing user data requests from the city’s authorities.

This is why a new bill, dubbed the United States Innovation and Competition Act of 2021 (USICA), came into existence. It allocates 30 million dollars in funds starting from the next fiscal year to aid in developing technologies and programs for an open, interoperable, reliable and secure internet for Hong Kong residents. We’re going to quote nine objectives from the bill to show what exactly the plan is:

The funds will be allocated to the Secretary of State and the Open Technology Fund (OTF; a nonprofit organization dedicated to preventing internet censorship globally). If the USICA gets approved, the Secretary will create a Hong Kong Internet Freedom Program under the United States Department of State’s Bureau of Democracy, Human Rights, and Labor. At the same time, the OTF’s president will also establish a similarly named program. Both of these will operate independently from each other. In the 2022 and the 2023 fiscal year, the OTF will receive 5 million dollars each year, while the State Department’s program will be better funded (10 million each in the same fiscal years). The technologies which the two programs will develop will be audited to ensure that they do not end up compromising US national security interests.

Free internet is nothing to joke about. 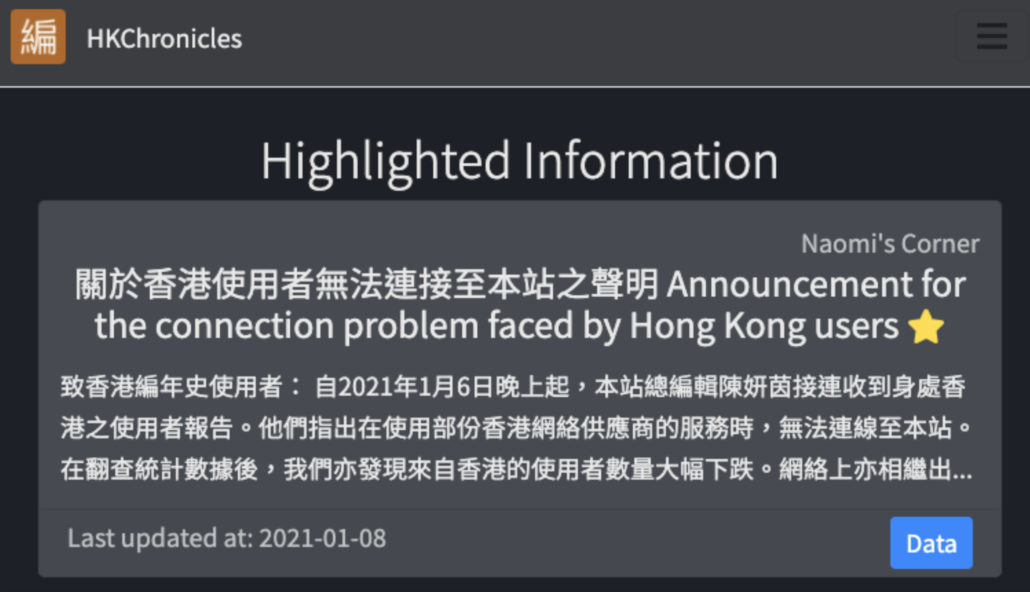