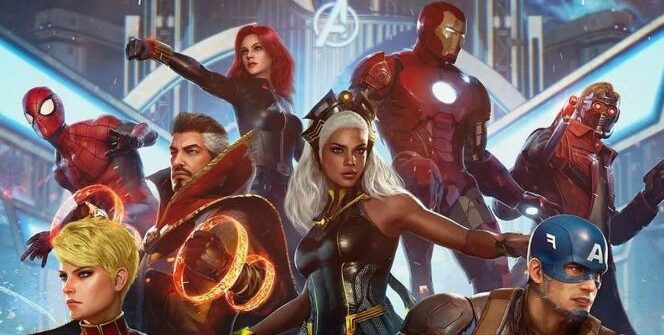 A next-gen action MMORPG is being developed by Dimensional Ink Studios, the creators of DC Universe Online. The team was already working on this in 2020, as WCCFTech interviewed Jack Emmert, formerly a co-founder of Cryptic Studios and designer of City of Heroes. At the time, Emmert revealed that they had a working prototype and were looking to bring the Marvel project to next-gen hardware capabilities, so presumably, they wanted to get the game to PlayStation 5 and Xbox Series as well as PC, so that developers could design gameplay and systems with the future in mind, rather than following the MMOs that have been released in the last 5-10 years.

Emmert did not talk about the business model at the time, but he was already a proponent of the free-to-play model. He wasn’t sure that Daybreak would be the publisher because the independence from the parent company happened shortly before. Still, according to WCCFTech, Enad Global 7 would not have listed it in the product list if Daybreak wasn’t the MMO’s publisher. In the presentation’s broadcast, Ji Ham, former CEO of Daybreak and now Enad Global 7’s acting CEO, said that this is their most significant and most exciting project that won’t be coming out anytime soon, and you can do the math on Dimensional Ink’s DC Universe Online (DCUO) schedule.

The most extensive DCUO expansion to date is coming in 2023, and it will enhance the game graphically. Enad Global 7 sees this as a medium-term project, while Marvel’s MMORPG is a long-term project, so the earliest it could be released is 2024. (The last time there was such a thing was Marvel Exclusive Online, which Cryptic was developing for PC and Xbox 360… until it was cancelled in February 2008, as the subscription model didn’t work out; so Emmert’s team continued it as Champions Online, and Marvel’s MMOARPG Marvel Heroes eventually came from Gazillion.)

Daybreak’s other big project is Lord of the Rings Online, which has recently been expanded with the Fate of Gundabad add-on. Enad Global 7 has confirmed that they are shaking up the visuals of the ageing MMORPG and modernizing the experience for release on consoles. They’re doing all this to capitalize on Amazon’s Lord of the Rings TV series. As the MMO planned from a licence won’t be realized due to contractual differences between Amazon and Tencent, they’d have little competition. The TV series is rumoured to be the most expensive yet, with its first season debuting on Prime Video on September 2. Ji Ham also pointed out that when IP owners invest heavily in something, the video game opportunities increase, so they might plan to overhaul the graphics by then.

EG7’s plans also include I.G.I. Origins (single-player, tactical FPS) and ’83 (large-scale, military, tactical FPS). Both are being developed by Antimatter Games (Rising Storm; ’83 will be its spiritual sequel), and both are planned for the longer term. In 2022, they will release Block N Load 2 (5v5 PvP voxel multiplayer FPS) and Evil v Evil (a supernatural, vampire fantasy-setting co-op FPS). 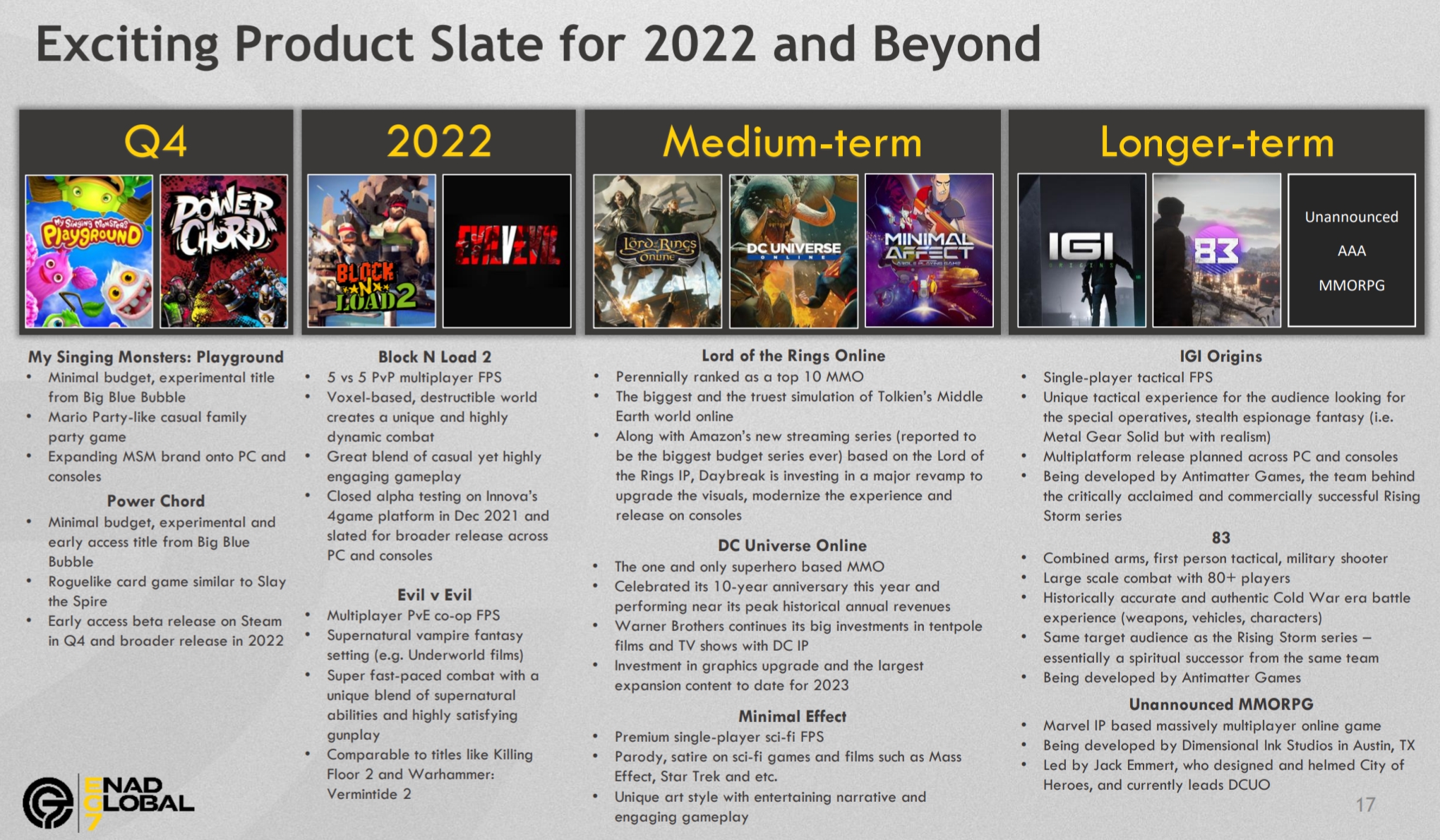