TECH NEWS – Intel has asked motherboard manufacturers to remove support for the officially unsupported AVX-512 instructions with a BIOS update.

The support for AVX-512 instructions was discovered during testing of Intel’s desktop Alder Lake processors. However, the instruction set will be removed via a BIOS update. For now, a small trick can be used to access them. All you have to do is turn off the efficiency-oriented Gracemont (E-)cores in your processor so that you can run only the performance-oriented (P-)cores called Golden Cove, which will result in slightly better activity and much higher efficiency for AVX2 instructions. True, the E-cores have their positives, but the AVX-512 instructions also increase efficiency.

The timing is not coincidental, as, in a few days, Intel will launch its non-K Alder Lake processors. The Core i5 and Core i3 CPUs will not be hybrids. The majority of the product line will have only P-cores. Yes, but Igor’s Lab reports that the AVX2 instructions have a strict thermal throttle feature in all hybrid chips, listed in HWiNFO as IA: Max Turbo Limit – Yes. It limits the processor’s clock speed, and Intal claims that it would prevent the degradation of electron migration within the new chips. The throttling makes 5.2 GHz challenging to achieve, requiring serious cooling systems.

Igor’s Lab reports, “Fortunately, there are already workarounds for both of these AVX hurdles, the throttling of AVX2 and the removal of AVX-512. For example, Asus has implemented a patch in their BIOS versions for “Maximus” series motherboards that disables AVX2 throttling. The only important thing here is that the clock must already be set in the BIOS at boot time. A subsequent change via in-OS software will otherwise get caught in Intel’s catch net again.”

It’s a nasty catch-22: the BIOS update will be necessary for better stability and support for DDR5 memory (and will be present on the newer “boards” that hit the stores), but in return, we’ll have to give up the AVX-512 instructions. The strange thing is that Intel is the only one to blame: if the instruction set, which is mainly targeted at servers and workstations, had not been put in the Alder Lake processors, none of this would have happened… 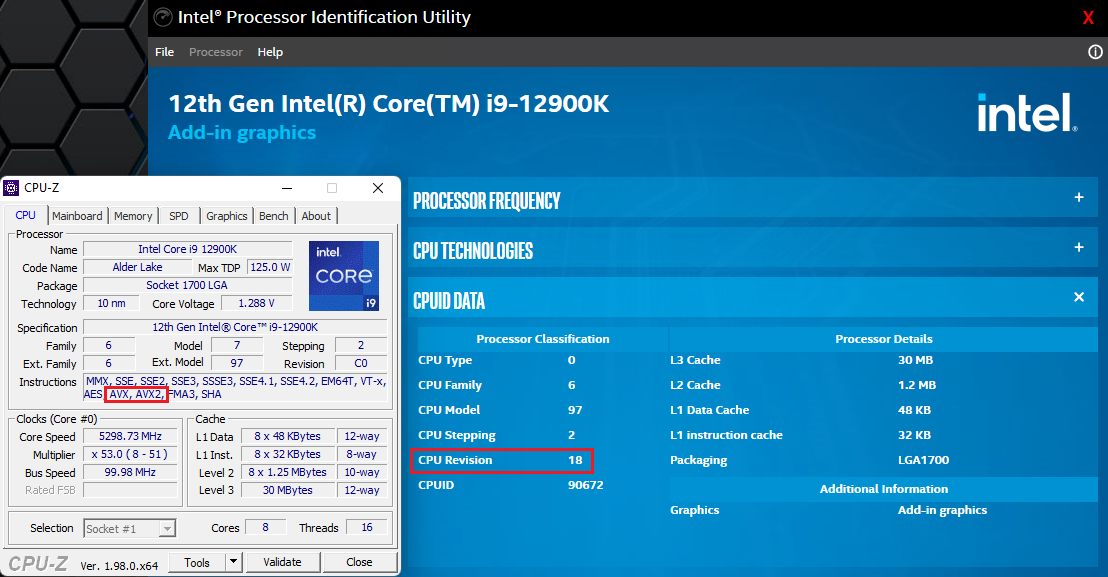 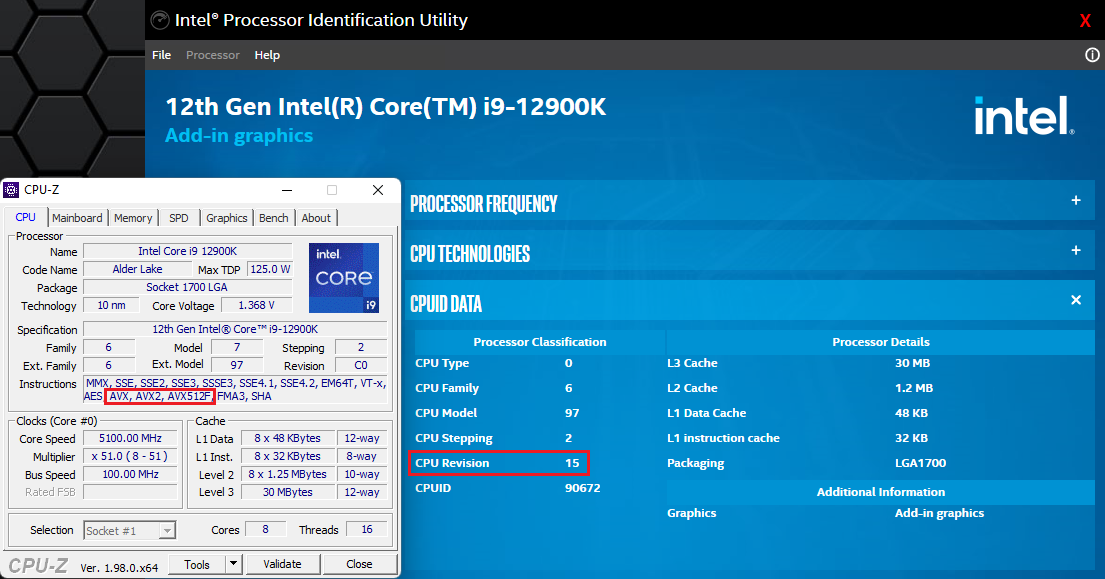