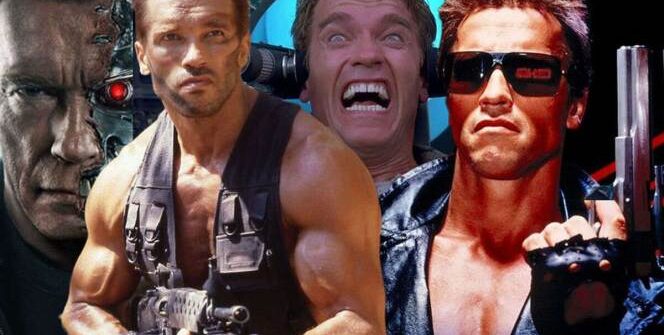 OPINION – Arnold Schwarzenegger was not lying when he said so many times that he would be back. “Get tu da choppa!” because these are the best Arnold films.

You can say what you like about Arnold Schwarzenegger’s acting abilities, but he’s been cast by the best and brightest directors in influential blockbuster films. For example, Arnold’s working relationship with James Cameron has seen him collaborate on three films (the first two Terminator films and True Lies). They have created some of the best films ever seen in the sci-fi action genre. Could the role of the emotionless killing machine be played by anyone else, at least with such gritty authenticity? Likewise, would the Predator himself look as deadly if he didn’t stand so tall against an inherently rugged man like Schwarzenegger? Probably not.

Arnold Schwarzenegger is a success story. Whatever the man wanted, he achieved it and mastered it to the highest level. Fascinating in politics and a true example of the American dream, by the 2000s, Arnold Schwarzenegger had become the governor of no less than an entire US state.

It’s interesting to see a more mature, wiser Arnold on and off-screen, looking back and comparing Schwarzenegger to his roles in the 80s. With his return to acting after a tenure from 2003 to 2011, we may have seen fewer classics, but we did see an older and more thoughtful version of the muscular, heavily accented human automaton he was in his 80s heyday. This true action movie macho once likened weightlifting to the sensation of orgasm, but also had ambitions to star in the psychological art films of Swedish filmmaker Ingmar Bergman. So these are the best Arnold Schwarzenegger films, ranked. 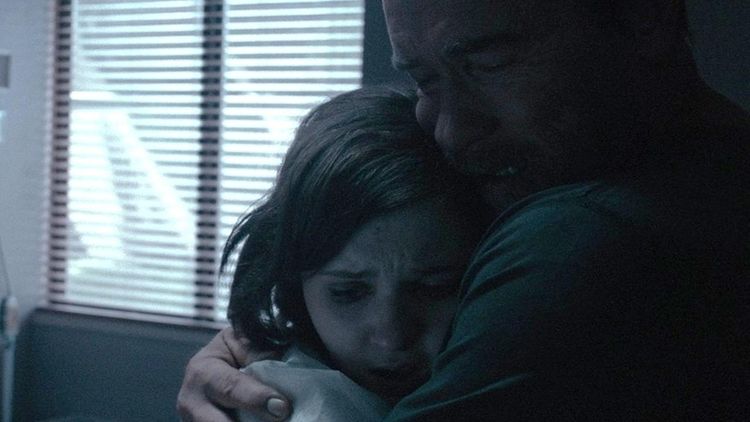 This is a truly unusual film. When Maggie, dubbed Schwarzenegger Vs Zombies, was first announced, most fans assumed it would be some kind of 80s bloody horror, more in the vein of McBain’s appearance in The Simpsons. Maggie, however, turned out to be a sentimental meditation on grief and the father-daughter bond that was surprisingly touching and real. Since Arnie returned to acting, his films reflected a more considered actor, willing to rely on his emotions and put down the machine gun. This film may be a little slow, and hardcore zombie fans may not like it, but it is definitely recommended. Undoubtedly the dumbest film on this list, Commandos still beats the plot of Taken, only made 20 years earlier. Arnold plays a man named John Matrix (! ), and on his war journey to save his daughter, he kills off the people who kidnapped her. It’s ridiculous how much is blown up in this film, and Schwarzenegger looks correspondingly huge. It’s a testament to Arnold Schwarzenegger’s smart career choice that, unlike the other films on this list, this is really the only genuinely bloody action film here. In particular, we see some brutally deadly assassinations in the tool shed scene. Director Mark Lester, speaking to Empire magazine, said this about the “outrageous” number of deaths on screen:

“It was like saying, ‘Bring me more dead bodies.’ Many stuntmen were reused – always putting on new costumes, moustaches and hair. The same guy could play up to four roles. ” 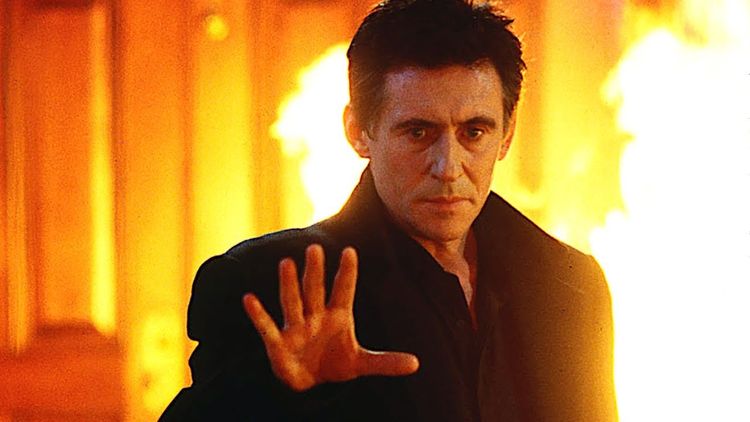 Now a true black sheep, End of Days doesn’t get nearly the love it deserves, even though it pits Arnold against Satan himself. It’s a horror/action hybrid in which Schwarzenegger defends a woman on the eve of the millennium and plays heavily on themes of the occult, religion and Satan worship. The story goes so far as to have Schwarzenegger as a grieving, broken alcoholic, pitted against Gabriel Byrne’s manipulative and seductive Satan, one of the most charismatic and evil portrayals of Lucifer ever to grace the silver screen. 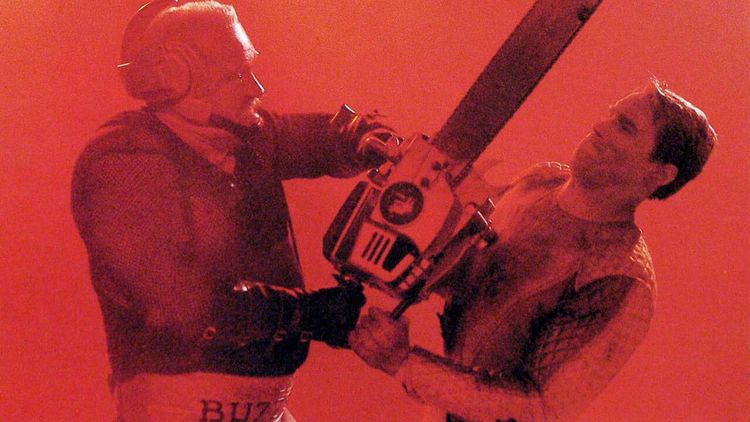 If you can forgive the tacky chrome pyjama suits, this sci-fi movie becomes a lot of fun, with an arcade video game feel. Based on a (significantly different) short story by Stephen King, the action elements pick up again as Arnold is wrongly imprisoned and must fight his way out against the expert monsters sent to stop him. The Running Man parodies the world’s obsession with reality TV through the guise of gory action/sci-fi (Schwarzenegger’s speciality), taking it to the extreme where people are happy to watch death as if it were a lottery number. This kind of idea has been done many times since (Black Mirror, Gamer, The Hunger Games), but this is really the OG, starring Richard Dawson as the perfectly smooshed host. There’s also an Edgar Wright-directed remake in the works, if all is true, which sounds amazingly good. This film has been undeservedly lost in the shuffle. Wes Craven’s pre-Scream movie, The Last Action Hero, cast the biggest star in the world as a fictional character who had slipped into the real world. The film was a massive flop on release, receiving poor reviews and making only modest box office returns. Last Action Hero only got better with age as action movies remained aggressively silly.

Last Action Hero – on and off-screen – is a true action movie that should be celebrated for its ridiculousness. With huge set pieces, references to classics, an original AC/DC song, amazing characters (Charles Dance is a devilishly English villain and Danny DeVito voices an animated cat), this film mocks Hollywood, while it exists only because of it. In a statement to Yahoo, the original screenwriters noted that they were talking about a tumultuous behind-the-scenes period, and they mention literally seven different screenwriters who worked on the project. 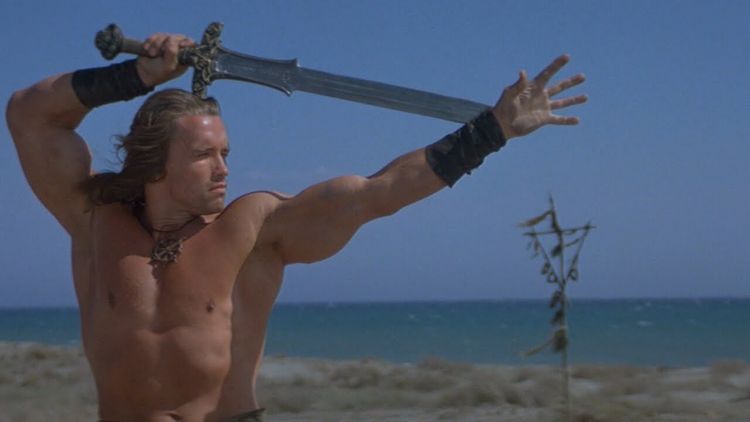 In the action film written and directed by the great John Milius (now screenwriter of Apocalypse), Arnold played the title character Conan the Barbarian in this fantasy tale of swords, religion and sandals. James Earl Jones played Conan’s arch-nemesis in what has become a huge classic, and in many ways resembled the early Sinbad films, as Arnold fights giant snakes, slashes everyone and chops off heads for fun. As always, Schwarzenegger’s enormous stature on screen makes him genuinely believable as a man who can win any fantastic battle, even single-handedly. Conan the Barbarian is an unadulterated Hollywood film, perfect in every frame, a classic heroic fantasy. 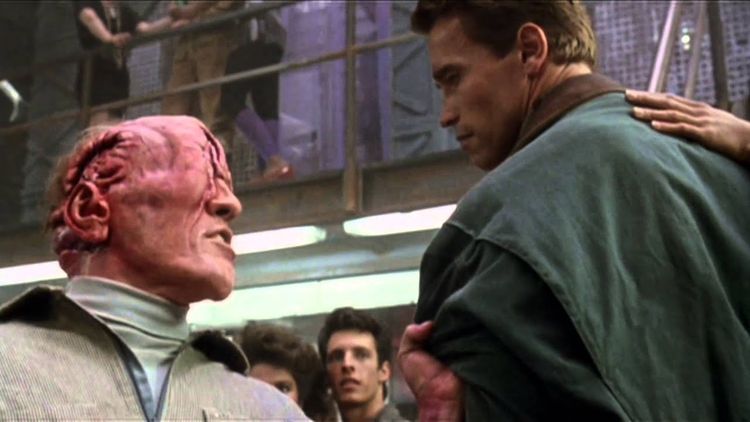 Strangely, best known today for his “three-breasted mutant” scene, Total Recall was a fantastic collaboration for Schwarzenegger and director Paul Verhoeven (Starship Troopers). After all, his action star was directed by a legend known for bloodthirsty sci-fi. Based on a short story by Phillip K Dick, Schwarzenegger plays a man with a bad memory who is thrust into a war zone on Mars. But what is a dream and what is not? Total Recall is about the transition from the 80s to the 90s and features a director and actor at the top of their game. It’s pure Hollywood popcorn and still fascinating to watch today. Interestingly, Arnold was at one time considered for a role in Verhoeven’s Robocop. Still, it seems that his overly bulky build and unattractive lips ultimately led to his eventual loss in favour of Peter Weller. 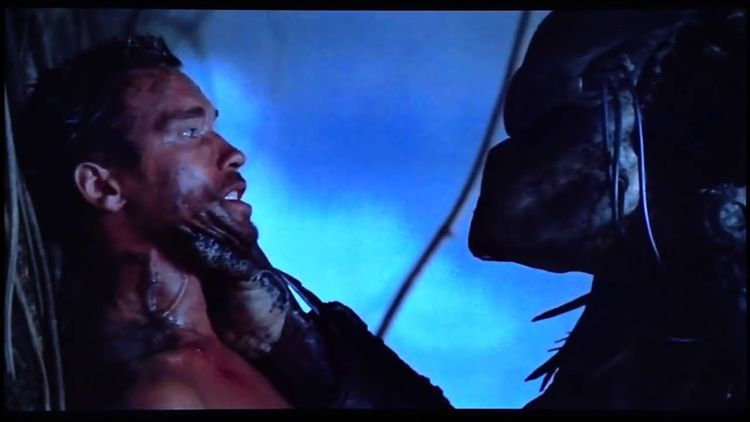 Predator turns the super-soldier story on its head, reducing them to mere targets as an unseen and more advanced enemy hunts the commando team in unfamiliar territory. It’s a testament to the big man’s career that a film as fantastic as Predator is ‘only’ third on the best Arnold Schwarzenegger films list.

Predator is a real, blood-soaked 80s action movie with a tight plot and spectacular prequels. Predator gave the world one of the coolest aliens in modern cinema with its stealth and sudden attacks. Writer Shane Black (who is also credited as the author of The Last Action Hero) deserves credit for making such a colossal muscle buffet of desperation and terror in the film. The 6-foot Arnie looks tiny compared to this bloodthirsty hunter in the final confrontation. 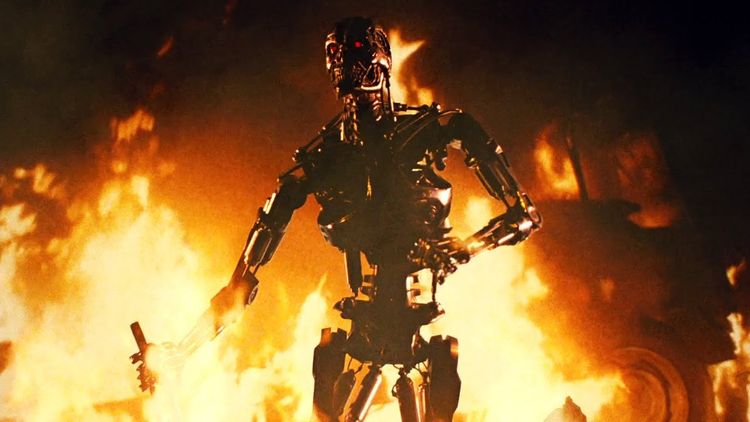 The Terminator is the horror/sci-fi masterpiece from the then no-man’s land of James Cameron (who was just coming off Piranha 2 at the time). The Terminator showed what true determination in a villain meant, coupled with something that was faster, stronger, smarter, and (apparently) impossible to kill. The Terminator (and Arnold) is a flawless sci-fi action-horror. The two human protagonists, Sarah Connor (Linda Hamilton) and Kyle Reese (Michael Biehn) are believable and desperate in the face of future terror. The finale, in which the “skeleton” of a damaged android limps on one leg in pursuit of Sarah Connor, remains one of the scariest moments in film history. T2 has somehow improved an already spectacular film with its still wildly stunning, cutting-edge effects. Bizarrely, like Disney films of recent times, it was the first cutting-edge Hollywood film to reposition the main villain of the previous movie as a hero.

Terminator 2: Judgment Day ups the ante in every conceivable way, with a bigger scale, a bigger budget and an adversary as incredibly memorable as its predecessor. Every single character has been improved. With a tough Sarah Connor, who has now given birth to the future of humanity’s hope in the person of John Connor (Edward Furlong), a formerly evil android Arnold learning about humanity, and a new, schtum villain who is more evolved and driven by the single goal of ending them all, Terminator 2 is not only one of Schwarzenegger’s best films but one of the best films of all time. There really isn’t any scene that can be singled out here, as each is a cinematic highlight. Terminator 2 is the perfect sequel, in fact, the perfect movie.