Where Does The Term “Blade Runner” Comes From? Here’s What You Need To Know MOVIE NEWS – Amazon’s recently announced live-action series Blade Runner 2099 has once again raised the question of where the title of the film comes from.

Blade Runner is a Ridley Scott dystopian sci-fi film franchise that revolves around the concept of “Blade Runners”. Both Blade Runner and its sequel, Blade Runner 2049, follow one of these “blade runners” as replicants, realistic androids almost indistinguishable from humans, go about their task of, ahem… retiring. Blade Runner was a commercial flop on its first release and only achieved cult-classic status. In recent years, the franchise and the whole concept of replicants have become increasingly appreciated, earning Blade Runner the title of one of the best science fiction films of the 1980s. Now Amazon has announced Blade Runner 2099, a new live-action series set in Ridley Scott’s beloved world. The original film was based on Philip K. Dick’s Do Androids Dream of Electric Sheep? The novel was published in 1968 and follows Agent Deckard, “Blade Runner”, who must locate and dispose of missing Nexus Sixes. Although the film and book differ in many ways, the general concept and themes are the same. For example, the movie mentions that most real animals are on the verge of extinction and are very expensive, but the novel goes into much more detail about how owning a real animal is a status symbol and that Deckard only has one black-faced electric sheep.

It is not a new concept to adapt films from novels, but the title change begs the question: why is Blade Runner called Blade Runner?

Although the title might suggest that a ‘Blade Runner’ might have something to do with running or skating, this is not the case at all. In this universe, a “Blade Runner” is a member of a particular police unit tasked with hunting down and “retiring” – or simply killing – fugitive replicants. In the movies, Deckard and Agent K are also “Blade Runners” who do just that. The title gives them immunity for their crimes. The concept that they can freely kill an android, virtually indistinguishable from a human, without consequence, says a lot about humanity as a whole. The replicants appear human in every way; why, then, should the police be allowed to murder them in cold blood without consequence? It all comes down to how we define ‘humanity’ and what Humanity really is. Where does the title “Blade Runner” come from?

As you can see, in the Blade Runner universe, the term is merely a job description: it has little meaning. Indeed, it was simply thought of as a cool name to call a detective working in a special task force, especially in a dystopian cyberpunk world. But what’s really interesting is that the term itself was not inspired by the work of Philip K. Dick, nor even coined by the filmmakers!

Although the Blade Runner franchise was based on Philip K. Dick’s novel Do Androids Dream of Electric Sheep?, the term “Blade Runner” was never actually used in the book.

Screenwriter Hampton Fancher is credited with the futuristic yet arbitrary title. Having conceived the film under several names, including the highly imaginative “Android”, Fancher offered the title to Ridley Scott, who liked it very much. However, Fancher did not coin the term. 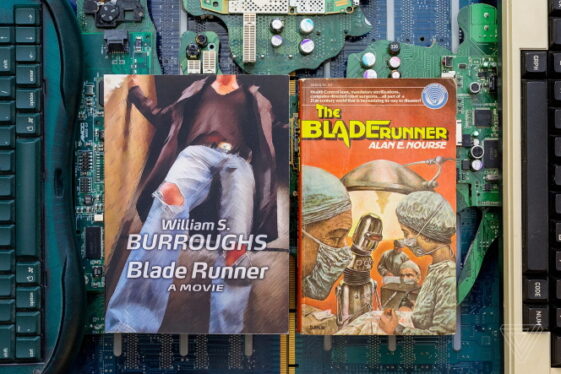 Francher was introduced to the term in William S. Burroughs’ 1979 book Blade Runner: A Movie, only that the book – originally intended to be one of Burroughs’ drug-addled film projects – was inspired by another work, Alan Nourse’s The Bladerunner (1974) to be precise! It’s a dystopian novel set in an overpopulated world where anyone in need of medical treatment has to be sterilised because anyone who is sick or injured is deemed unfit to reproduce by the government. The term “bladerunner” (sic!) in this world refers to people who run “blades”, all kinds of medical equipment, as part of the black market for medical services. Burroughs rewrote this idea to a very significant extent, and although Ridley Scott did not use anything from it beyond the term for his own project, the original concept, with the medical thread completely negated, was put on screen by Tom Huckabee in his 1983 film Taking Tiger Mountain. (One of Bill Paxton’s undeservedly forgotten great early performances.)

Interestingly, although none of the above-mentioned volumes can be considered part of the cyberpunk literary genre, William Gibson, one of the fathers of the genre, is a great fan of Burroughs, whose works were heavily influenced by both the rebellious, experimental literature of the Beatles era and the “new generation” of science fiction of the 1960s and ’70s, including Philip K. Dick. 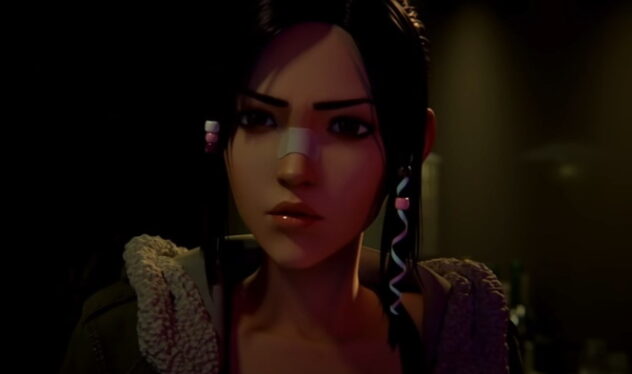 As for the future of the film franchise, although some feel that the story could end with the second movie, that is not the case: on the one hand, there is the Japanese-American anime series Blade Runner: Black Lotus, which ran from November 2021 to February 2022. On the other hand, as we recently reported, Amazon is working on a Blade Runner 2099 TV series, which will be produced by Ridley Scott. While not much is known about the project at the moment, one thing is for sure, fans have a lot to look forward to.