The Xbox Series Beat Its Rivals In March! According to the NPD Group’s March analysis, Microsoft outperformed Sony and Nintendo in North America!

True, it was only achieved financially by the Redmond company, as Xbox only came out on top in dollar sales. In terms of units sold, the Nintendo Switch is still in the lead (but there are three models, and they are cheaper than the rivals). Compared to the same quarter a year ago, hardware sales are down 15% ($1.2 billion), but there is also a 24% drop comparing March 2021 to March 2022 ($515 million).

According to NPD analyst Mat Piscatella, Xbox (which set a historical record for Microsoft in March) performed well last month because it had supply to meet some demand. So if there was no PlayStation 5 or Nintendo Switch on the shelves, the Xbox Series was the obvious choice instead. Accessory purchases were down 23% year-on-year ($227 million) and 16% quarter-on-quarter ($592 million). The Xbox Elite Series 2 wireless controller saw the strongest demand in March, maintaining its number one position.

The March podium is dominated by Elden Ring (which retained its number one spot) but with two newcomers (Gran Turismo 7 and Kirby and the Forgotten Land) behind it. The multiplatform MLB The Show 22 came in fourth, but sliding off the February podium were Horizon Forbidden West (2nd-5th) and Pokémon Legends: Arceus (3rd-6th). The other newcomers to the list are WWE 2K22 (7th), Stranger of Paradise: Final Fantasy Origin (10th), Tiny Tina’s Wonderlands (11th), Ghostwire Tokyo (12th) and Triangle Strategy (16th). So Polyphony Digital’s game could not dethrone FromSoftware’s creation. That’s a surprise! (True, Nintendo’s new killer app, the new Kirby, didn’t do it either…)

So Microsoft can look back on the previous month with satisfaction. Could it be the start of the Xbox comeback? 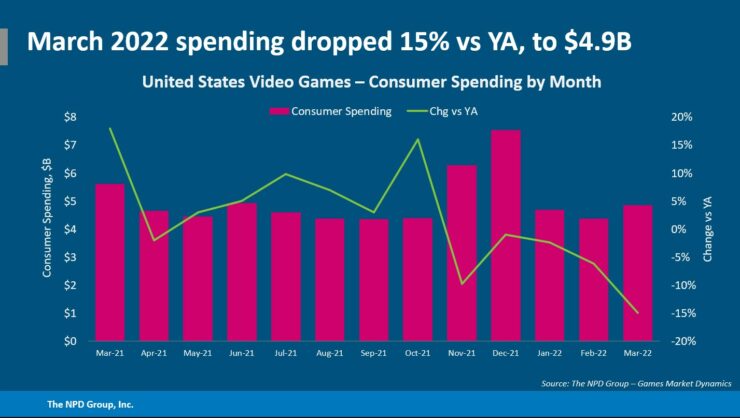 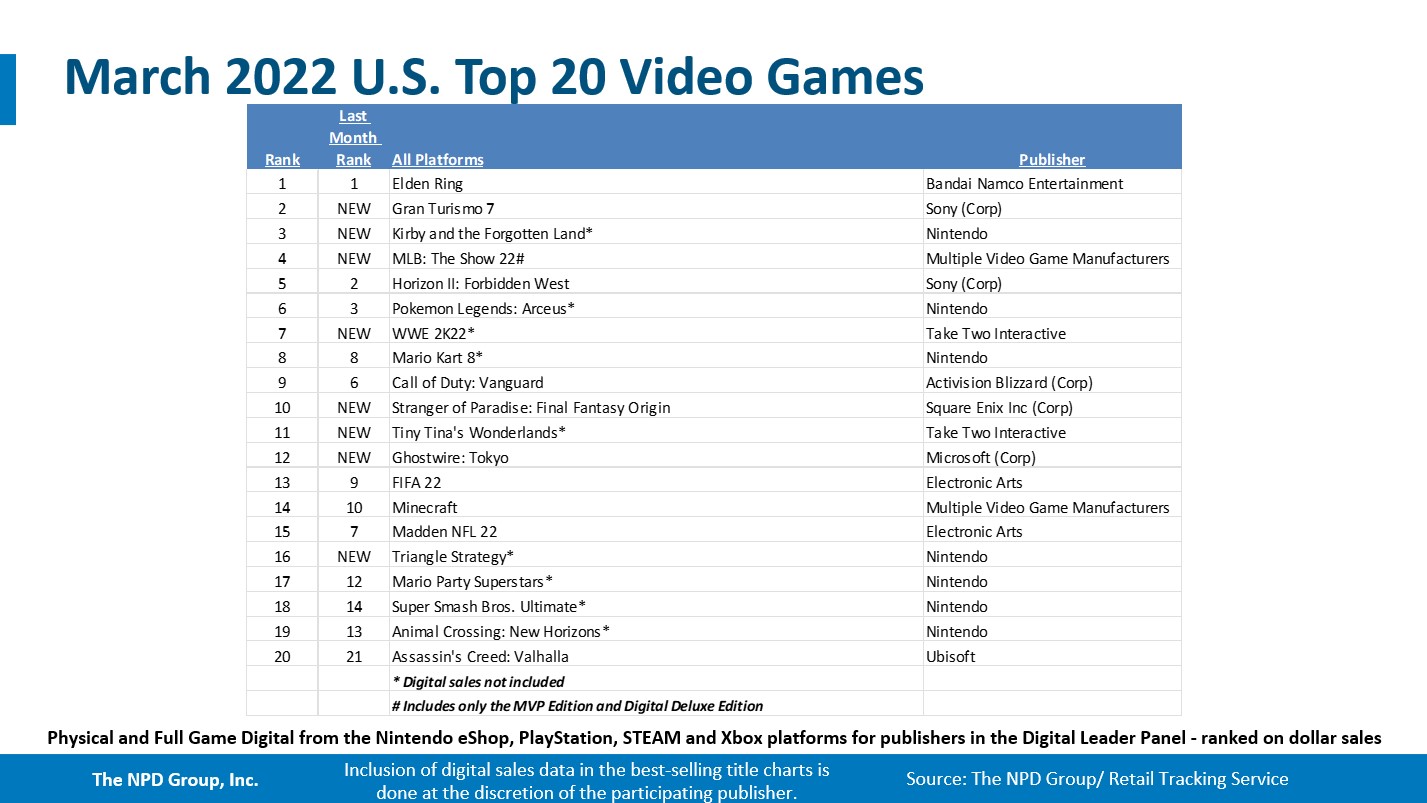 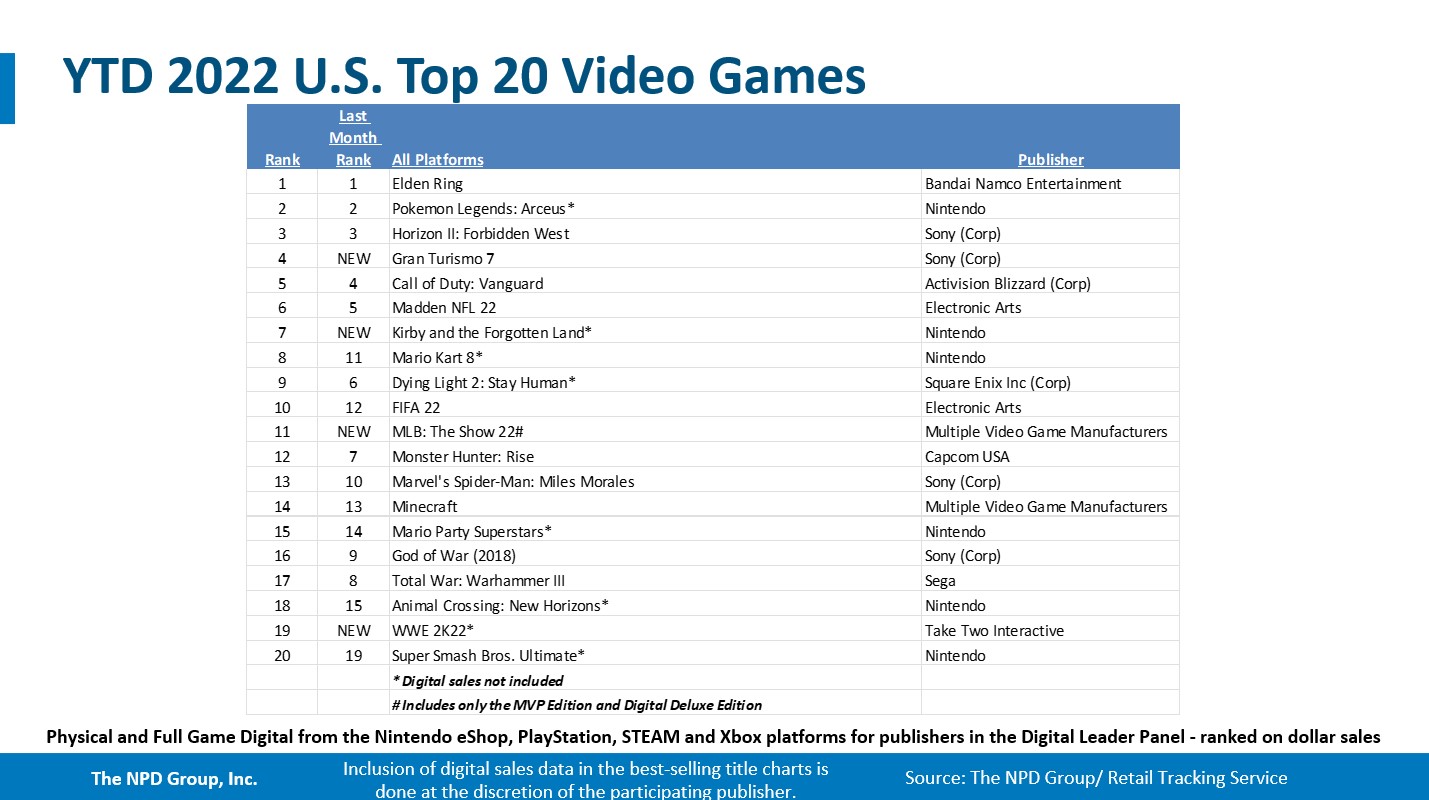 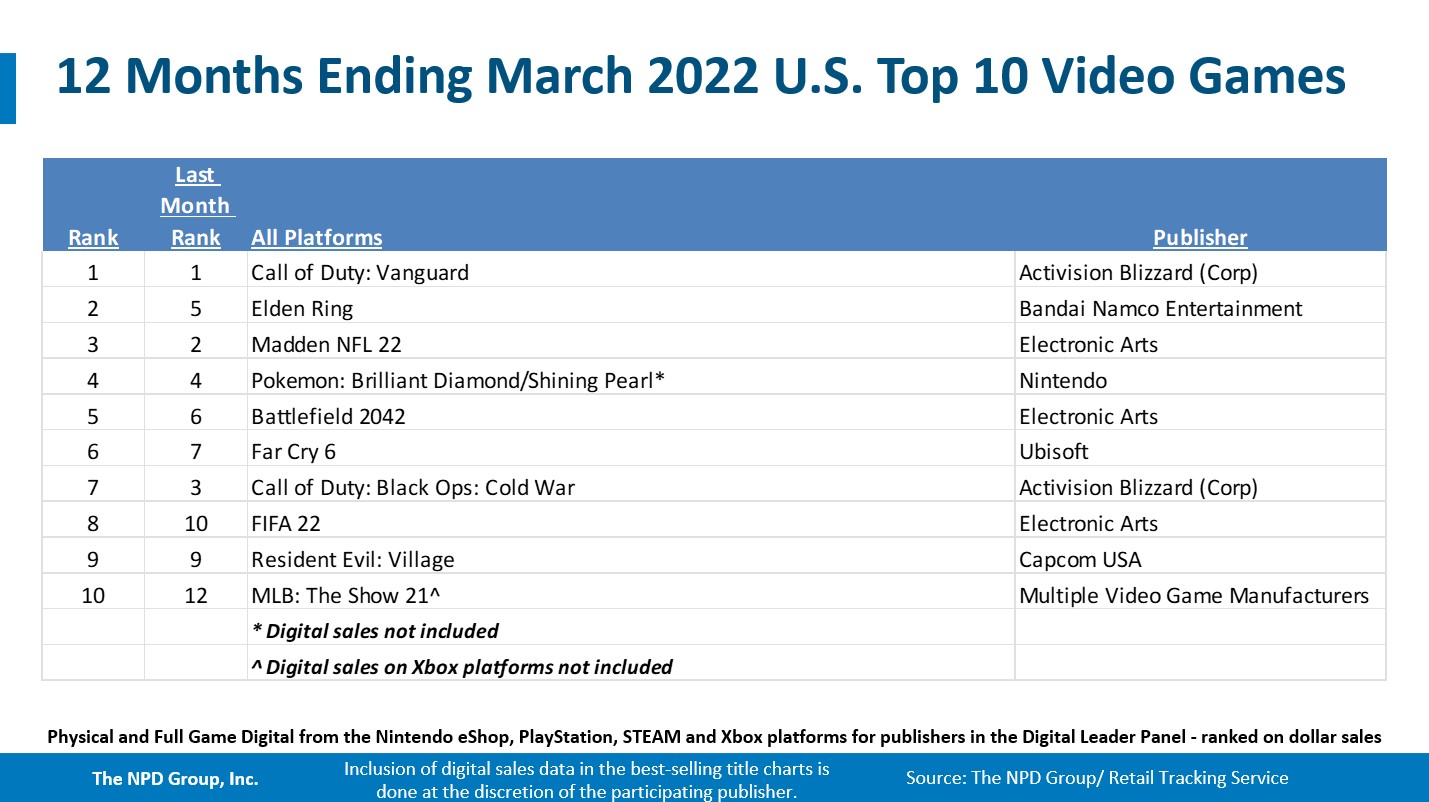