A New Marvel Video Game is On the Way! Featuring Ironheart, America Chavez, Venom and Many More 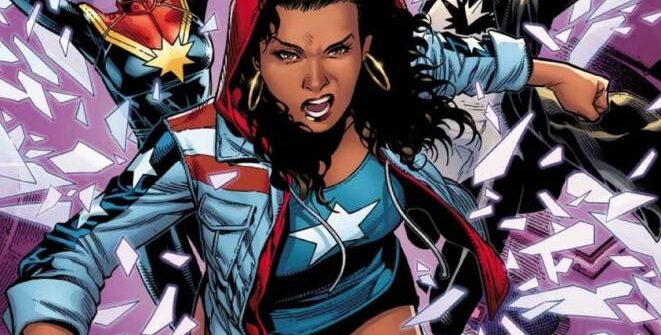 Marvel is teasing a new game with a potentially massive roster, including the recently released America Chavez and Venom, and featuring some characters that are not yet as well known to moviegoers, such as Ironheart, who takes over the Ironman torch.

The rise of Marvel on cinema and TV screens is beginning to spill over to video game platforms, with several major projects already released or in the pipeline. In the company’s more than 80-year history, studios have many characters to choose from, whether they highlight a single character or combine a few characters in a special team-up game. It seems that a new game in the works will focus on the latter, as Marvel has teased a new project on social media featuring a potentially huge roster of characters like Venom, Ironheart and America Chavez.

Marvel’s latest game will be produced by publisher Nuverse and developer Second Dinner and will serve as the first title from the relatively young studio. Nuverse is a Hong Kong-based publisher and a subsidiary of Chinese multinational tech giant ByteDance and operates as the games-focused division of the company. Second Dinner, by comparison, is a relatively small studio based in Southern California, made up of developers whose previous experience includes Hearthstone, World of Warcraft and Halo. The company announced its partnership with Marvel for its first game when the studio was founded in 2018.

Marvel dropped the first teaser on Twitter, unveiling its new Second Dinner game. The short teaser shows off an animated art style similar to Capcom’s Marvel game, featuring Ironheart, America Chavez and Venom fighting what appear to be Doombots. It then teases a potentially huge playlist, with covers of various other characters, ahead of the full game reveal scheduled for May 19 at 1pm EST/10pm PST.

Based on the art style and all of the characters that are being teased, most Twitter users who commented on the post believe that the game will be a new mobile game that will stand alongside titles like Marvel Strike Force and Marvel Puzzle Quest. It wouldn’t be surprising if that were the case, given the backgrounds of several members of Second Dinner who, as mentioned, previously worked on Blizzard’s popular mobile game Hearthstone.

Players could also argue that the game is looking to ride the popularity of recent film and TV releases from the Marvel Cinematic Universe and some that are still on the way. America Chavez, for example, made his MCU debut in Doctor Strange’s Multiverse of Madness, where he showcases his cross-universe abilities. Ironheart is even further away, as the Disney+ series that will introduce fans to the genius Riri Williams is still in pre-production and will shoot in the summer of 2022.