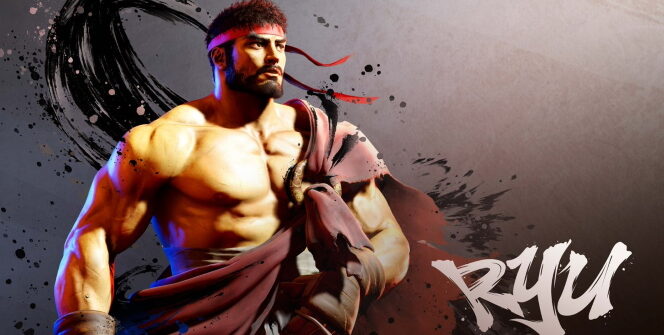 In the pre-match versus screen (where you can see the two players’ characters), you’ll have the opportunity to change the facial expressions of your fighter.

Capcom has released some details about the latest addition to the series on the official Street Fighter Twitter, which could be a pretty strong bounce back after the fifth instalment. One of the new features they’ve unveiled is the Game Face Feature, which will make the versus screen more interactive. Here, you can use the directional buttons to express your attitude towards your opponent, so you can either fool them by switching quickly, or you can feel smug if you feel like it… but let’s be honest, it sounds more like they didn’t have a better idea and threw in something that didn’t take much work…

According to Street Fighter 6’s director, we’re seeing some development in Ryu’s character. Even though Street Fighter III takes place before 6, Ryu still feels like there’s room for improvement, but he’s become more dignified. He wears the kasaya, a Buddhist robe because it reminds him of his master Goken. The Hashogeki and Denjin Charge are new special moves that Capcom wants to depict as Ryu’s continued journey to understand the meaning of true power (and you can watch them in the second video below).

Street Fighter 6 will be released sometime in 2023 for PlayStation 5, Xbox Series, PC (on Steam, almost a given with Denuvo, but unlike many other publishers, Capcom is at least trying to remove it from their games), and PlayStation 4. There is no news on an Xbox One port; maybe the Japanese company couldn’t get the game down for that… maybe after the fifth part, they want to drive the console players towards Sony in the same way…?

Show your attitude with the Game Face Feature in #StreetFighter6 by pressing directional buttons during the versus screen.

Scowl at your opponent, act all smug, or confuse them with a mixture of rapid emotions!

“Although Street Fighter 6 occurs after the Street Fighter III series, Ryu still feels that he’s “not there yet” – though he seems to have gained some dignity. The way he wears the kasaya (Buddhist robe) is reminiscent of his master, Goken.”