We’ve written several times that we didn’t expect it, but this time, we mean it.

It’s becoming a bit of a cliché what DOOM, id Software’s classic FPS (which will turn twenty next year!), can run on these days. We’ve reported on many examples, but perhaps it is the one that can’t be beaten (or is the bottom of the barrel not reached yet?). The title is not coincident because we are writing about a fast food method: a McDonald’s ordering machine.

You can tell immediately what the biggest problem with this DOOM is. On the one hand, it’s a touchscreen, so it’s not designed by the fast-food company to be connected to a mouse and keyboard, and on the other hand, it’s tilted ninety degrees to the left, which is justified: the display is vertical, so if it were horizontal, it would be displayed in the way we’re used to, but it would be stretched out (and that would look pretty disgusting), or a large part of the screen would be unused (which is not very efficient).

About the controls: are the credit card pad’s buttons taking the place of WASD? And there’s no mouse. It’s not comfortable to use, but back in the day, there were FPS games that you could control with just the keyboard. It feels like a kind of grotesque retrofuturism due to this shortcoming. The rage towards the machine that has taken the place of human contact can be driven out, but perhaps it shouldn’t be.

One wonders who put id Software’s game onto the McDonald’s machine. Hopefully, the employee concerned was not fired for it (but we wouldn’t be surprised if they were…), but maybe they should not take this low-paying job, but something much better paying, since you need some knowledge to put a game on a machine like that.

Nevertheless, we would like to congratulate the person in question, because no one expected something like it. We are afraid of what will happen next… 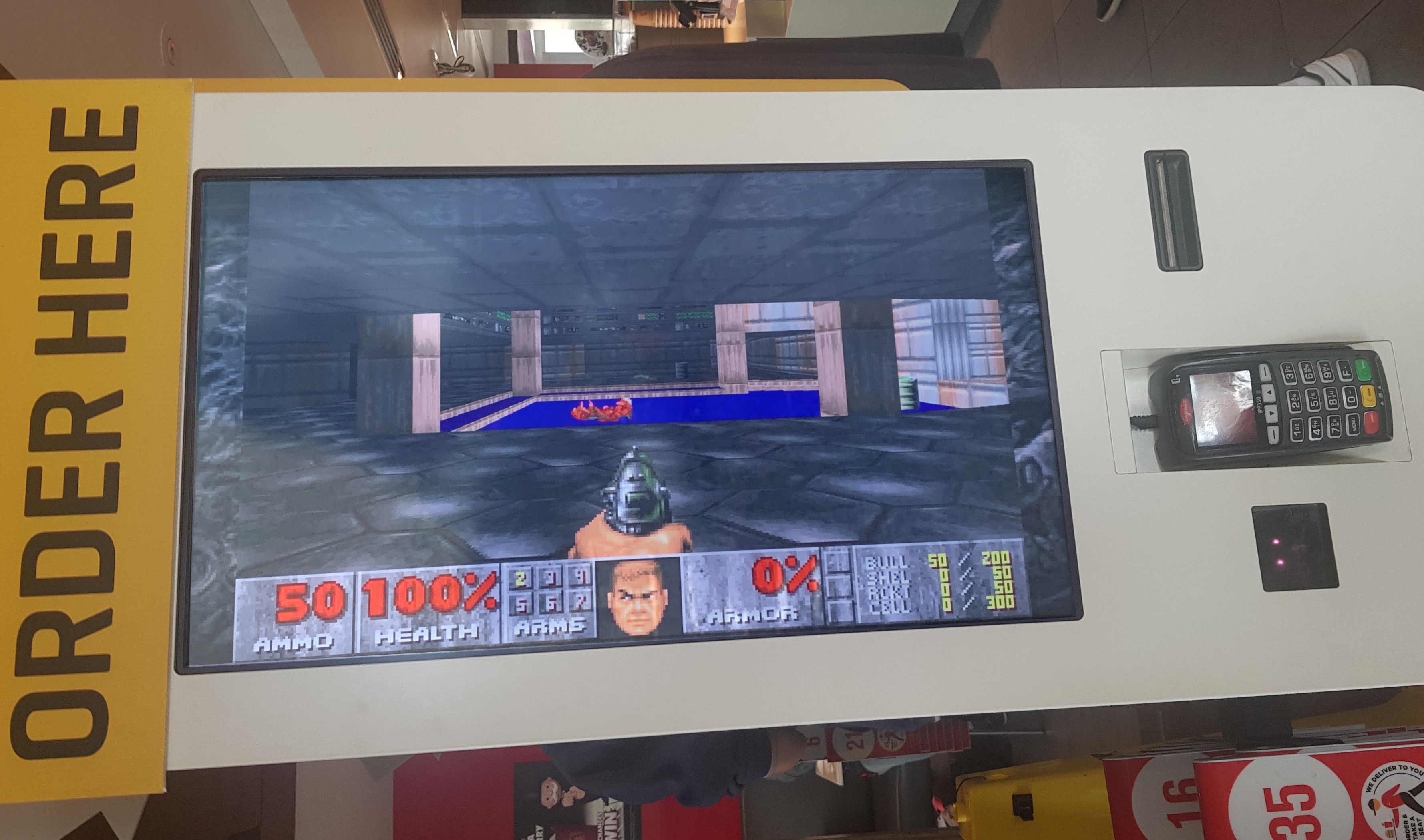