A Japanese Chain Is Selling PlayStation 5 Only With Console Trading! GEO is asking us to make a sacrifice so that we can take home one of the PlayStation 5s that launched in November 2020.

We want to point out that this Japanese chain that late last year put stickers on the PlayStation 5 that customers had to remove in-store at the time of purchase and open the console’s packaging. It was GEO’s way to restrict the scalpers, as they could not sell the PlayStation 5 Standard Edition and the PlayStation 5 Digital Edition in new, unopened condition. A robust solution, but a worthwhile one.

PSU has now reported a rougher move. GEO is also struggling with stock shortages caused by chip shortages and supply chain issues. However, reselling the consoles at higher prices also plays into the company having to take a bold step to discourage scalpers. If you want to buy a PlayStation 5 there, you can… if you sell the store your PlayStation 4. This rule will come into effect from the next PS5 lottery (because the demand is too high compared to the supply).

GEO will implement this rule from August 22, and more details about the console swap promotion will be announced in stores on Friday. Twitter users in Japan have not well received the move. Some people think it’s an extreme move, others complain (they don’t have a PlayStation 4), but some understand GEO’s decision because it’s a way to skimp on resales, but anyone who buys a second-hand PS4 to side with GEO could be scamming the system. (And the scalper is determined to get the price of a second-hand PlayStation 4 out of the buyer: it will be built into the already inflated price.)

It’s sad that the PlayStation 5 has been on the market for almost two years, and Sony still hasn’t managed to make up for the shortage of stock, and it may get a price hike. (While yesterday, we wrote that Nintendo has no plans to follow suit…) 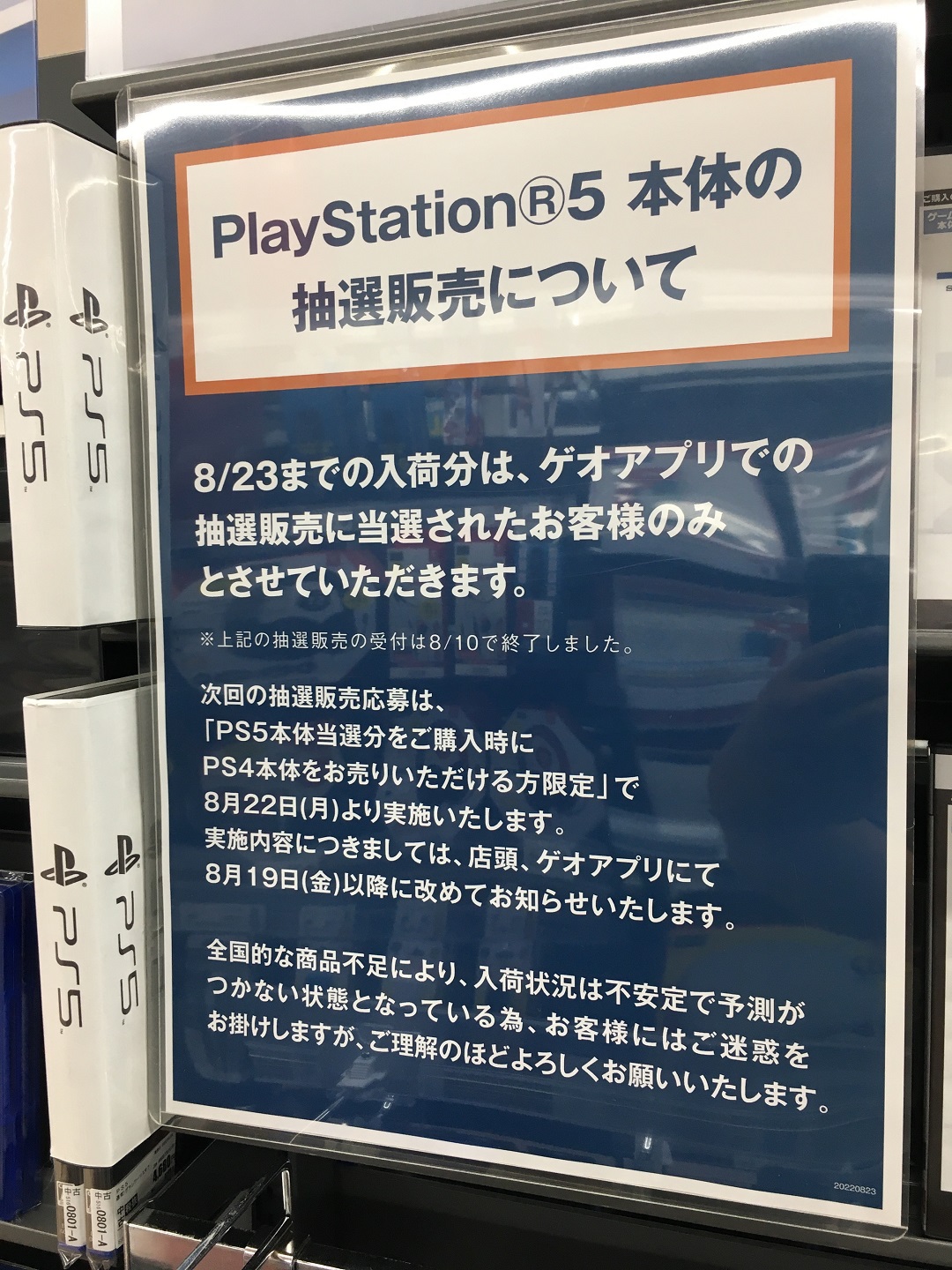