More Japanese Xbox Games Are Coming; What About Scalebound And Final Fantasy XIV? Microsoft is slowly trying to gain a foothold in Japan, and it looks like the company is serious this time.

Sarab Bond, corporate vice president of the Xbox video game ecosystem, was asked during an IGN broadcast in Japan whether games like Xbox 360’s Blue Dragon and Lost Odyssey could be made in the Asian island nation and then released “by the greens”. “Completely. I’m super excited about the fact that we have over 250 developers in Japan developing games for Xbox right now. One hundred fifty have already shipped, 100 of them are in Game Pass, and we [recently] got to announce 15 titles made in Asia and 13 in Japan. So much has come, but there’s even more that’s going to come in the future, and I can’t wait to reveal it to you all as it starts coming out.” Hironobu Sakaguchi created the two X360 games. Here’s a tiny hint: Final Fantasy…

Then, Xbox CEO Phil Spencer gave a lengthy interview to Game Watch, who also touched on the subject: “It’s not too much to hope for. We’ve just met with Kojima-san from Kojima Productions and many other game creators to talk about bringing unique titles to the Xbox. We understand that many game fans want that. We are also aware of the common desire for games from Japan. We are working on creating such titles, so please look forward to it.”

How has the company’s attitude towards Japanese gamers changed? Spencer told Famitsu, “I have a lot of acquaintances and friends who make games in Japan. Many of them we’ve known for a long time, and we’ve been asking, ‘What do you need for our platform?’ We have listened to Japanese game creators and received feedback. I think the fact that we have been able to improve has led to trust, which in turn has led to games being released on Xbox. I think the feedback loop will lead to many more Japanese games in the future, and I am happy about this trend. Kojima-san and I have known each other for many years, He has some novel ideas about gaming experiences, and we decided to partner with him because we want to bring them to life on our platform. I visited Kojima Productions today and saw the early stages of the project, which was very exciting.”

But let’s talk about a cancelled project: the Xbox One-exclusive Scalebound announced in 2014, was developed by PlatinumGames until its cancellation in 2017. Hideki Kamiya, the project’s director, is still keen to make the game (and he says PlatinumGames’ lack of knowledge of Unreal Engine and online features played a part in Scalebound’s cancellation; he took it upon himself, so to speak!), and alongside the studio, Microsoft often gets questions about it. Spencer told Game Watch there was nothing to talk about at the moment, and he had a similarly harsh negative response in 2020. Still, there was no lousy relationship between Microsoft and PlatinumGames.

Let’s move on to another game: the MMORPG Final Fantasy XIV, which has been going strong on PlayStation and Spencer has already committed to bringing it to Xbox in 2019. He told Game Watch: “We certainly announced that (laughs). Naturally, we haven’t given up yet. This is a commitment from both Microsoft and Square Enix to gamers, and we will continue to coordinate our efforts.” But it’s also worth recalling the comments of the game’s producer, Yoshida Naoki (Yoshi-P):

“To play an MMORPG [on Xbox], there are two regulations for Microsoft which stand in the way of making crossplay feasible. Unless these regulations are rejected, there is no meaning. One of the regulations is that players with different platforms cannot chat with each other in-game. Then how do you play an MMO? The other regulation is you cannot make a community with plays on a different platform. You can’t form a guild; you can’t enter into a link shell, [and] no free company. So I would like to have Microsoft change their regulations,” said Yoshida.

So there is still room for improvement. 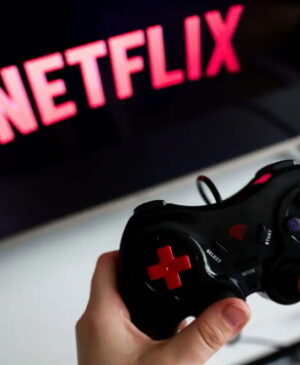