Steam Thinks Of those With Slow Internet Connections And Data Caps! Valve is working on an update in the background that could be particularly useful for those who don’t have access to a gigabit internet connection or don’t have internet access without a data cap.

Pavel Djundik, SteamDB’s creator, frequently monitors updates to the Steam client. This week, it happened: a peer client/server mode appeared in the source code. Several programmers confirmed what he had in mind after that: he sees Valve soon, enabling access to our Steam downloads peer-to-peer over LAN. No, we don’t mean a torrenting solution (true, that’s P2P, too!), but the ability to download the game (which could be as big as 60-70 GB) to another device within our network.

It is good because if you have, say, a desktop PC and a laptop (or even a Steam Deck), you can download the game once from the web, and the second time, it’s all done within the network, so you don’t have to download that colossal game twice, which would cause Netflix or YouTube to lag on your mobile device. So it’s a convenient feature that doesn’t affect those who use gigabit without data caps, but they’re not the only ones in the world.

The feature is working in the Steam client, it’s already there, but it still needs to be perfect. If you start the beta client in developer mode (you need to add -dev to its shortcut, you can see it in the picture below), you need to activate the @PeerContentClientMode variant on one device in the console and @PeerContentServerMode on the other (the one you download the game to for the first time). Since the Steam interface is missing all of it, it’s half-finished. The connection is often broken, and even in terms of efficiency, there is room for improvement… but as a starting point, it will do, as the feature still needs to be public/official!

Let’s hope it will be adequately available this year because it’s still lovely to download Call of Duty: Modern Warfare II, which has a nice mistake (more on that later today), just once from Steam… 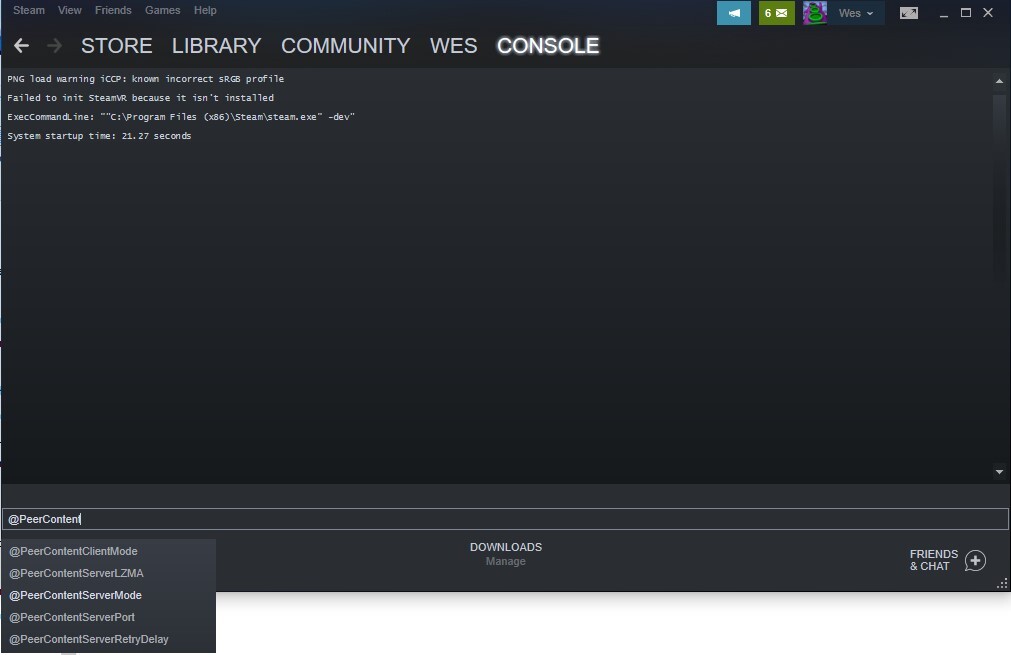