PlayStation Plus Extra/Premium: a Major Game is About to Leave the Service, Unexpectedly! After this game was the main promotion for Sony’s start-up service, it is rather surprising that it will have to say goodbye to PlayStation Plus Extra/Premium users next month.

Compared to the fact that when PlayStation Plus Extra and Premium were launched on June 13, this game was the most advertised of the service, moreover, even Ubisoft + Classic joined PS Plus (it is true, it was not clear that this is part of the game) it is quite surprising that

Assassin’s Creed Valhalla will leave PS Plus Extra on December 20.

Assassin’s Creed Valhalla will therefore be completely removed from the PS Plus Extra offer on this date. This recognition was revealed directly from the game’s PlayStation Store page, where the aforementioned Extra expiration date is already listed. 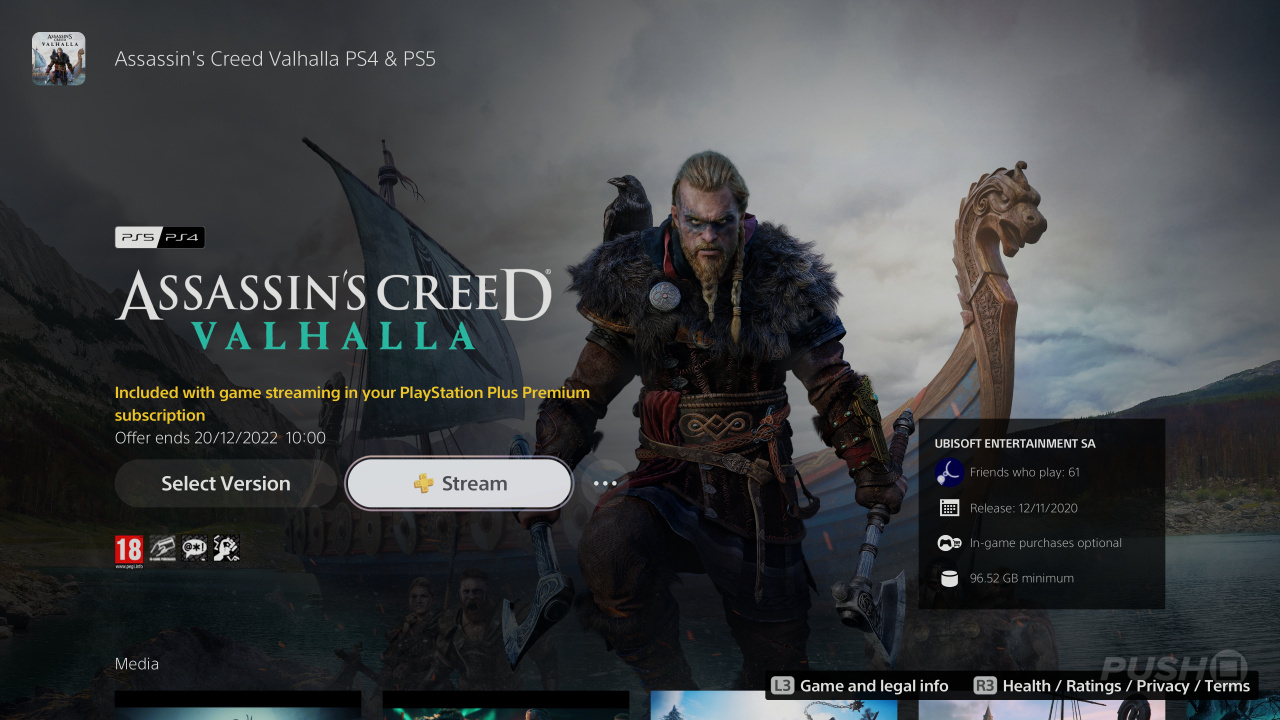 It’s a relatively significant removal, given that Valhalla has been highlighted as one of the service’s key games since its official announcement earlier this year. The open-world title will also appear in almost all marketing materials for the level, both on and off the PlayStation Store.

Just to clarify, when Assassin’s Creed Valhalla leaves the PS Plus Extra catalog next month, subscribers will no longer be able to download or play it. If you want to immerse yourself in the Nordic adventure, then you need to buy a copy – but at least these days you can get it cheaply. Extra tip: in give-and-take groups, you can get a used PS4 version for around HUF 5,000, which (if you already have a PS5) can be upgraded to a PS5 for free. (This is a game we think is worth buying physically.)

It’s also worth noting that Valhalla is a huge game, so there’s a good chance that many PS Plus Extra users are already halfway through the game. If you happen to be in this situation, you have less than a month left to get it over with.

Are you at all affected by the upcoming removal of Assassin’s Creed Valhalla? Write it in the comment section!