Apple has recently added a faster M2 processor to its iPad Pro lineup, which offers better performance and battery life. Beyond that, however, the tech company hasn’t made any significant changes, so it’s no wonder that by 2024 Apple could make a significant technological leap and also change the look, as the tablet’s design hasn’t changed since 2018, and its exterior has seen minimal changes since then.

Mark Gurman wrote in Power On’s newsletter that the company is planning a vast revamp of the iPad Pro next year. If what Gurman reports is accurate, the new model with an OLED display could likely arrive in spring 2024. “I don’t see any major updates in 2023 to the entry-level models, the iPad mini or the Air. The iPad Pro, for sure, isn’t getting anything of note this year. Instead, look for a major iPad Pro revamp next spring, complete with an updated design and OLED screens for the first time,” Gurman wrote.

The iPad Pro will have a thinner bezel, and rumors have been rife that the 2024 model could have a glass back, allowing MagSafe charging. This technology will be similar to how Apple has implemented MagSafe charging in the latest iPhone models. OLED displays are being considered the future within the tech company, as we’ve already heard that the iPad will be moving to OLED displays in 2024 and the MacBook in 2026, and we’ve also reported that Ross Young, a display analyst, thinks that next year’s iPad Pro models will come with 11.1-inch and 13-inch displays.

Of course, it is not yet official, but one thing is for sure: whatever Apple launches, it won’t be cheap, regardless of its product. 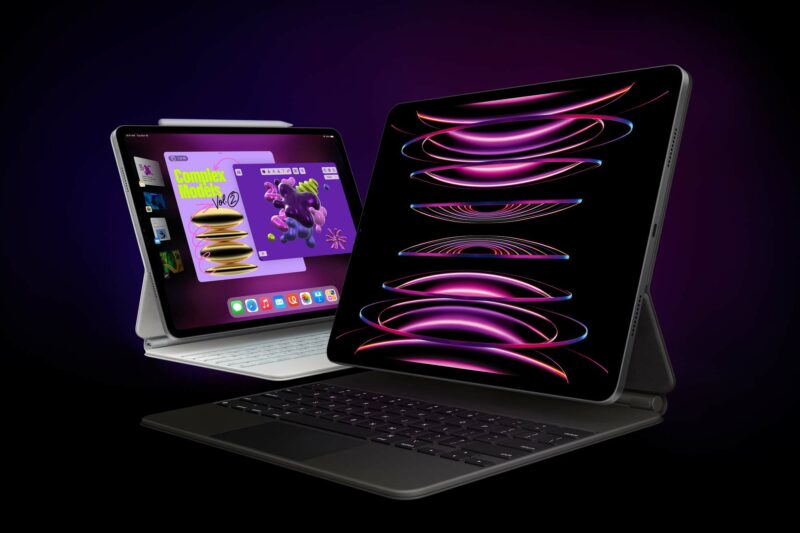